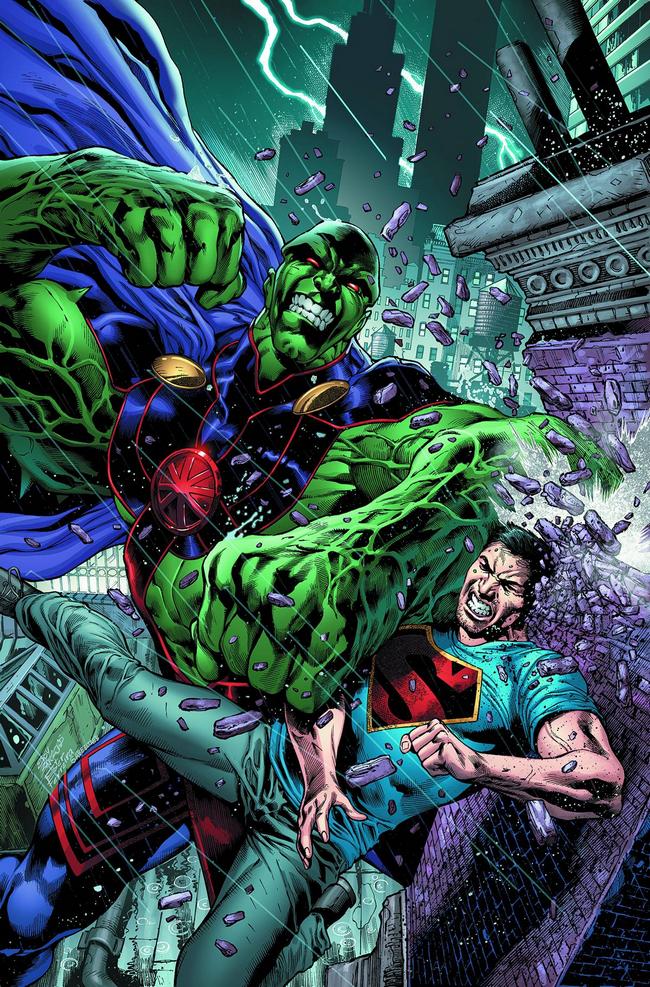 Two issues into this series and the stakes have escalated in a huge way. Rob Williams and Eddy Barrows are cooking up something wild with J’onn J’onzz and a Martian melee that is going to potentially be some wild fun.

These two creators have an interesting take going with this character, working on a story I didn’t expect about the Martian Manhunter. This is going to different territory than I’ve ever read with the character, or have read within the New 52, anyway. This deeper look into J’onn’s past, and how terrified it is making a seemingly unflappable character is a dynamic shift and they’ve got me intrigued.

This issue feels a bit disjointed at points, but as Williams and Barrows bring it home, it makes sense as to why it feels that way. They use J’onn’s powers in a clever way and the supporting cast they are building in this series is very entertaining. The characters are fun to read from a dialogue perspective and the visuals are fun too. Barrows’ design for the alien who is tied to J’onn is great, and his dialogue is very entertaining.

This issue drives home the feeling that, even only two issues into the series, this is one of those underrated gems of a series that I hope does not get overlooked. Williams and Barrows are on the same page creatively and they are cooking up a solid sci-fi superhero mystery. I’ve always been partial to the character but he’s growing on me even more and this issue shows the potential that exists with him as a leading man. Taking J’onn out of the context of a team and placing him directly in the middle of a mega war, as dark as it sounds, is kind of fun and I’ll be back for Martian Manhunter #3.