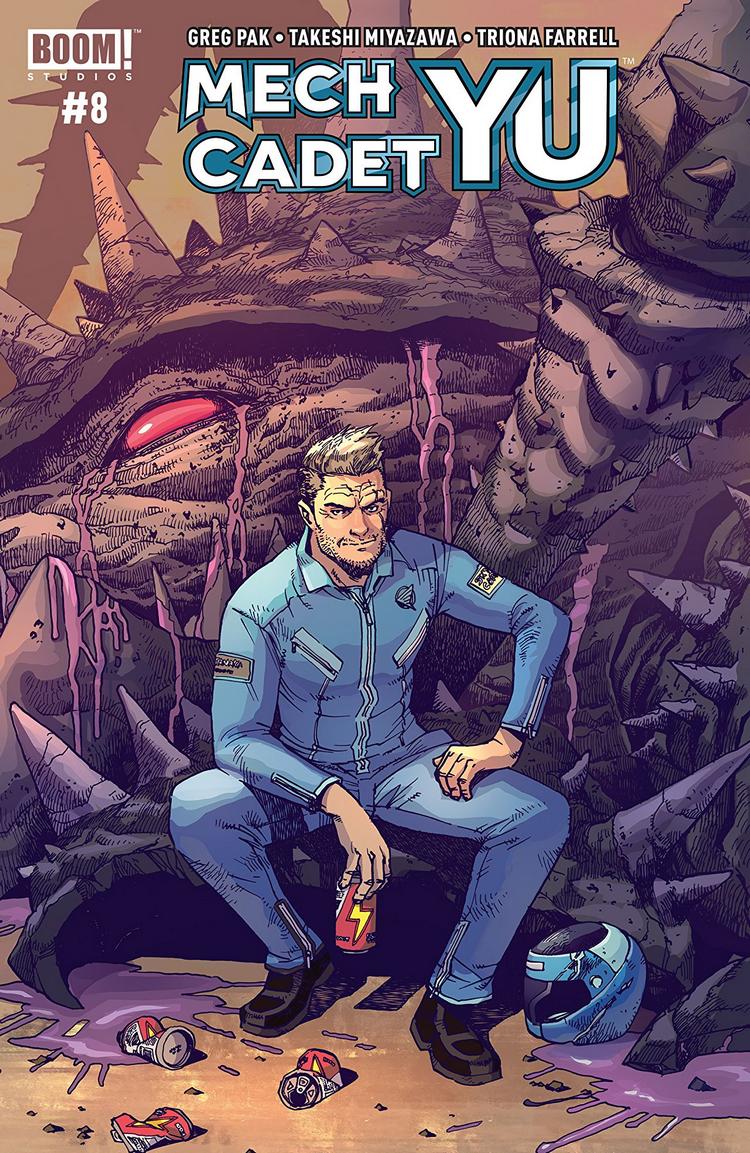 After the dark reveal of what central command’s true plan is with the mechs, what will Stanford and the other cadets do? Find out in this exciting issue of Mech Cadet Yu!

Pak, as always, delivers in this issue, making me question who to trust. While I do agree that central command’s choice of making an unneeded mega mech is probably super impractical and unethical, I can’t stop thinking that some of what Tanaka says doesn’t feel like it adds up. There’s something about how coldly and cynically he single-mindedly chooses how to deal with a problem that feels almost ironic when looking at his speech in this issue, even suspicious. The reckless bucking of orders makes me wonder about him as well, and I appreciate that Pak shows the parallel extremisms of the military and Tanaka in this.

Stanford and Park’s relationship is fantastic. If there are any characters I believe in, I trust to give a non-bias view of the situation, these two are great as they are split between the viewpoints given to them. They’re just such a great power duo as well and I can’t wait to see more development in their friendship.

I’d like to give a shout out to Stanford’s mom, Dolly, who keeps becoming more and more awesome by the issue. She is a great mother and a hero in a way that’s not just punching aliens and that’s super cool.

The art is beautiful. Miyazawa produces grand spreads of infinite space, intimidating splashes of motherships surrounded by terrible crab creatures, and claustrophobic fight sequences in vast open spaces. While I love his bigger pieces, I can’t help but enjoy the more subtle touches. The small changes in the mouth or eyes that convey anguish, distrust, determination – I love seeing that.

The coloring is wonderful. Farrell is just an amazing colorist and I enjoy everything she touches. Space wouldn’t be as mysterious and sublime without her blacks and blues. The sharg mothership wouldn’t be as haunting without the glowing red emanating from it. The color-coding of each of the cadets really gives a great distinction to them as a whole. Farrell does great work.

I don’t know why you’d be reading this review if you don’t already read Mech Cadet Yu, but definitely read it. It’s a spectacular comic that’s worth your time.