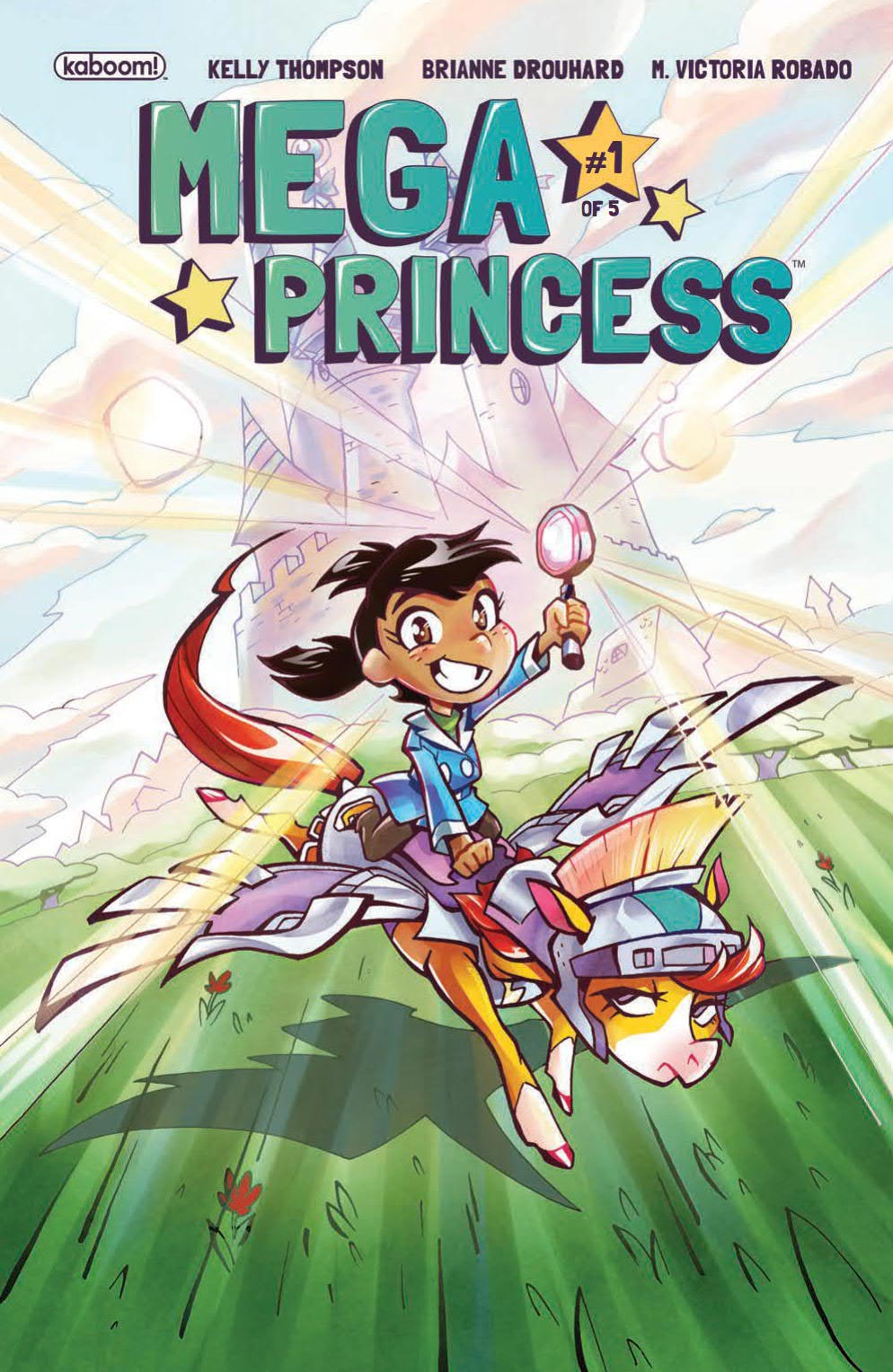 Maxine is just another little girl, dreaming in her tree house of becoming the world’s greatest detective? The only problem? She’s princess of a land that demands she do princessy things, like riding horses and sitting on thrones. Boooooring. But then enter her fairy godmother, and things are about to get more interesting for Max and her horse Justine.

Kelly Thompson of A-Force and Jem and the Holograms fame has launched a new series with BOOM! that had the auspicious luck to launch — through no one’s fault exactly —in the precise moment we couldn’t bring ourselves to pay attention.

If we had been able to, we would have found a new all-ages title featuring a biracial girl who bucks what gender tradition expects of her. We would have witnessed a book that takes the princess trope, like Princeless and Another Castle before it, and wrestles with it without being pedantic or tedious. We would have gotten a glimpse of a series that promises a ton of fun, more than a little snark, and some lovely, much-needed brightness in character, dialogue, and art.

In short, we would have seen a creative team building something really special one panel at a time.

To say that Mega Princess (tee-hee) is cute and fun is really to understate the sophistication Thompson brings to Maxine’s character. The princess is mouthy, but sly, and her speech rings so naturally to the ears that it should entertain both adults (especially those with kids themselves) and children alike. The skepticism in Maxine is something I’m not sure we see in a lot of all-ages books, which tend to err on the side of blind positivity.

And yet, the relationships between Maxine and her parents (Dad and Mom just a bit differently, of course) and between her and Justine, her gallant steed, are lively and somewhat antagonistic, but innocently so. Maxine is just a kid who wants to be one thing and is expected to be another. Who can’t relate to that?

Drouhard gives us a little girl who, page after page, just betrays her every emotion non-stop. Maxine is not an enigma, by any means, and the facial expressions, even with the simpler style many fans of Steve Universe would find appealing, are on point in every panel. And that’s just Maxine. Justine, her pony, is even more animated, particularly after the magic brings the two together much closer than ever.

The light-heartened nature of the illustration, even in more desperate narrative moments, will make this title easily absorbed by kids, and the colors by Robado will definitely please both the young and those looking for subtle nuance in color washes.

Overall, Mega Princess #1 is a strong champion for little girls and those who want to see them grow up to be free-thinking, challenging women. And it’s just plain fun along the way. Thompson, Drouhard, and Robado are giving us a real treat with Mega Princess, and if you missed it last Wednesday, that’s understandable. But if you miss grabbing it from the shelf on your next trip? Well, that’s just you missing out on a really, really good thing. Don’t let that happen.