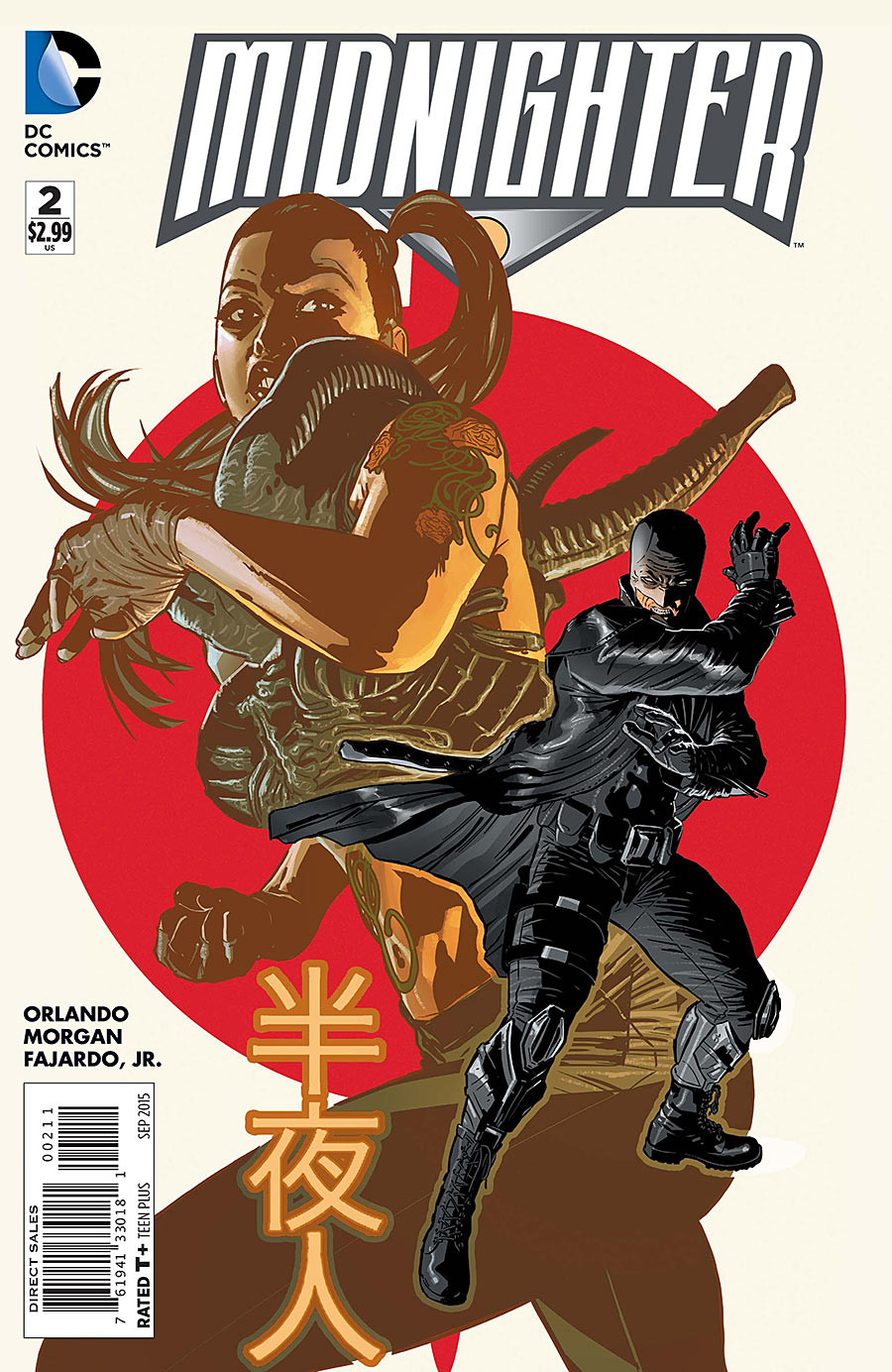 Midnighter #1 stormed out of the gates and blew fans away, unleashing the wildest, most kick-ass hero who calls it like it is on the DCU. In issue #2, more asses get kicked.

When reading Midnighter I find myself thinking “this is the wildest Batman book I’ve ever read” and that holds true for this second issue. Midnighter is like an untamed (but still brilliant) Batman, diving headfirst and guns blazing into whatever is coming at him, and wearing everything on his sleeve. I applaud Orlando’s take on the character, who I will freely admit I didn’t expect to like this much. He’s a charming hero, and he’s got enough anti-hero in him to keep the book edgy and wild. Orlando does a great job of showing how capable Midnighter is in combat, and how effective he is while also addressing what a mess his personal life is. This dichotomy works really well in this issue, and gives the story great balance. The dialogue is fantastic and you never know what this character is going to come out with, or what situation he’s going to drop into. Even in heavy action, his attitude keeps the story light in some ways, and I thought his foe in this issue had a very clever angle. Orlando’s crafting something special with this character and I will freely admit I am now a Midnighter fan.

Alec Morgan handles art duties in this issue, having the unenviable task of following up Aco. His work is not as polished as Aco’s, and there are definitely some weak points in this issue. Morgan’s style does have a more indie flair though, and his action sequences are raw and dynamic. His strengths are when Midnighter is in costume and kicking ass, which is a large part of the issue. The colour work by Romulo Fajardo Jr. & Allen Passalaqua round out Morgan’s pencils nicely and their work gives the book a similar feel to an Andrea Sorrentino comic at times. Bold colour choices highlight huge moments and give them greater impact, making them leap from the page and smash into readers the way Midnighter smashes into whoever gets in his way.

Midnighter #2 is a solid follow-up to the explosive first issue and Steve Orlando is building a really interesting character and story here. The artwork isn’t up to the standard of the first issue with Aco, but Alec Morgan’s work is not just to be cast aside. His action sequences are dynamic and he captures the gritty side of Midnighter well. If you enjoyed the first issue, chances are you’re already planning on snagging this one and I don’t think you’ll be disappointed.