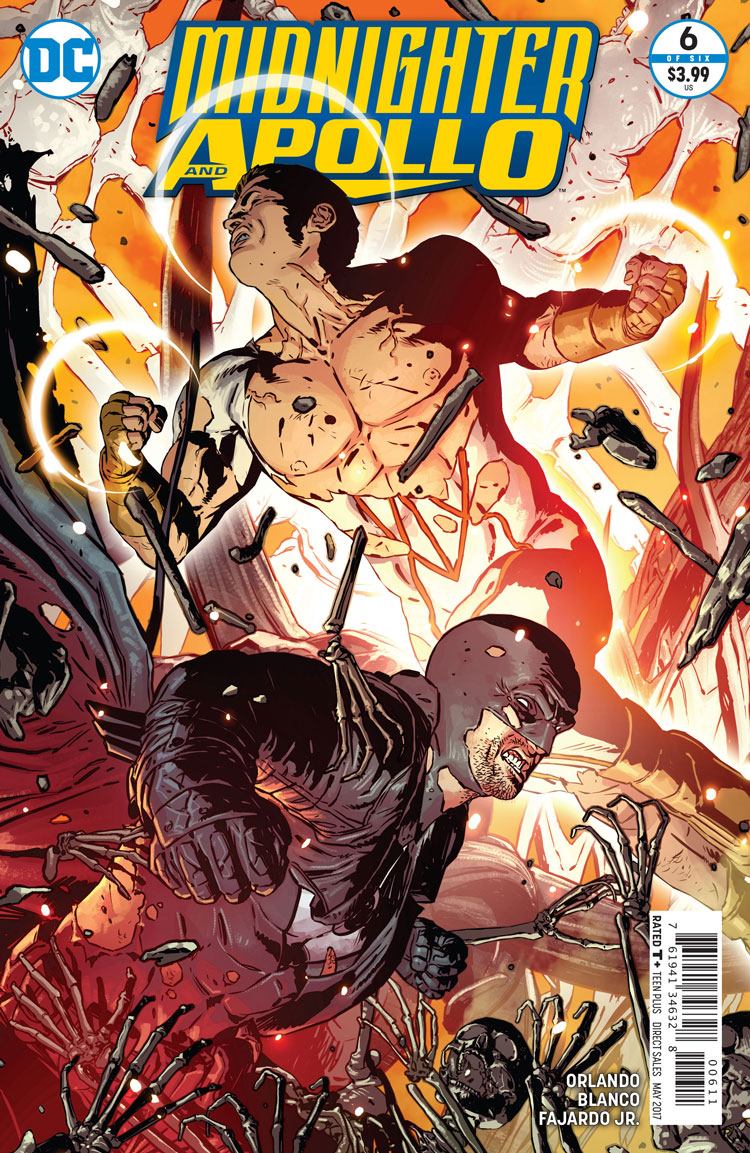 No one beats the devil at his own game, because in hell, even if you win, you’re lost.

Except the devil never met the demon Midnighter and his angel Apollo. Finally reunited in victory/defeat, the duo need to figure out how not to become just another queer statistic and get their bloody, sexy, happily ever after, after all.

And spoilers — they dooooo!

With Midnighter & Apollo #6, Orlando and Blanco brings the latter back to the forefront to be the knight in shining armor once again (not unlike Apollo’s radiant reappearance in Midnighter #11). The creators made it clear that both M and Apollo beat back Neron in their own way — Apollo using his brains and Midnighter using his brawn — but that neither was yet truly free to leave. I think anything less would have been a profound underestimation of the concept of Hell.

Certainly, Neron himself hasn’t always been the scariest villain on his lonesome, but for once, we get the real sense of what he describes: that he and Hell are one, and that even in physical and intellectual defeat, Neron’s power is unmistakable. That understanding, coupled with the beard (of course), has elevated this Prince of Lies, which makes Midnighter’s arrival and escape using Neron’s own transport candle even more insulting than the fact that love overcame fear, pain, and hate in the one place in the universe it should have no purchase.

And it rose between two men, a factor that makes this issue — and the 17 that came before it over the last two years — all the more special to me. 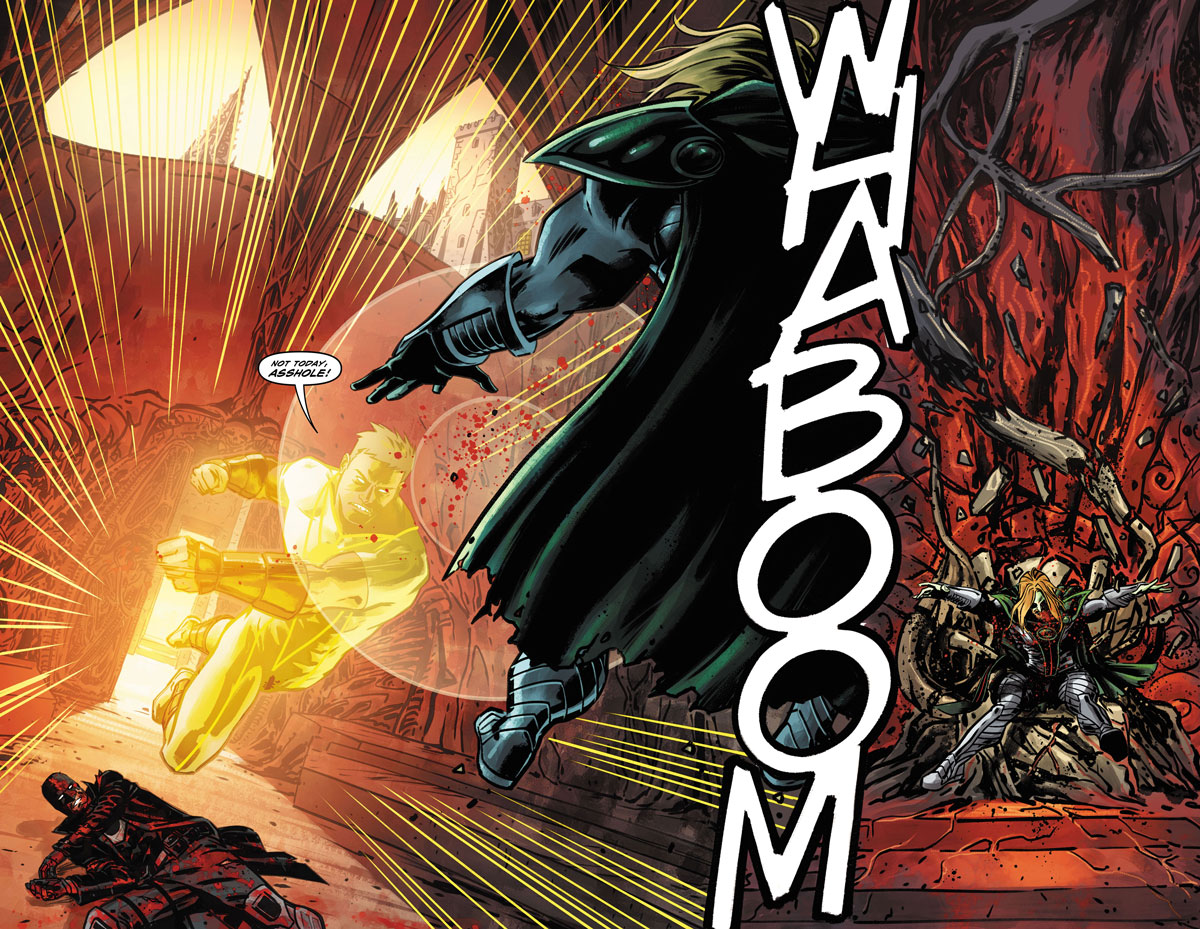 Despite M’s physical incapacitation for most of the issue, Orlando and Blanco go to great lengths to make this entire issue a dialogue. It’s not simply Midnighter opining about his love or Apollo trying to publicly justify his for M. From the escape from hell right until closing the bedroom door for the night, issue #6 feels like a down-to-earth admission between the two men that no longer requires euphemism or metaphor. Issue #6 is a conversation between the optimist and cynic about their relationship in the clearest, sexiest terms, and I am here for it.

Speaking of sexy, the full page shot of the boys’ physical reunion may be enough to make me cry, as Blanco and Fajardo deliver what might be the biggest and brightest gay kiss in super-hero comics, ever. The luminescence of the image, blanketed by Apollo’s halo, reinforces what the entire series has pressed to date: their love is as scary and empowering as any fight scene or decapitation. (Although fans will get those, too. In abundance.

An absolutely stunning final issue that brings both men to the forefront on equal terms, Midnighter and Apollo #6 is only disappointing in its act of conclusion. In an era where visibility is needed more than ever, where gay people deserve to have happy endings they’ve been denied for so long, it’s going to be a damn shame not to see Midnighter and Apollo on the shelves next month. Because now is when we need a book that focuses on love in equal measure with violence, and making sure it’s intensely queer all the way around.