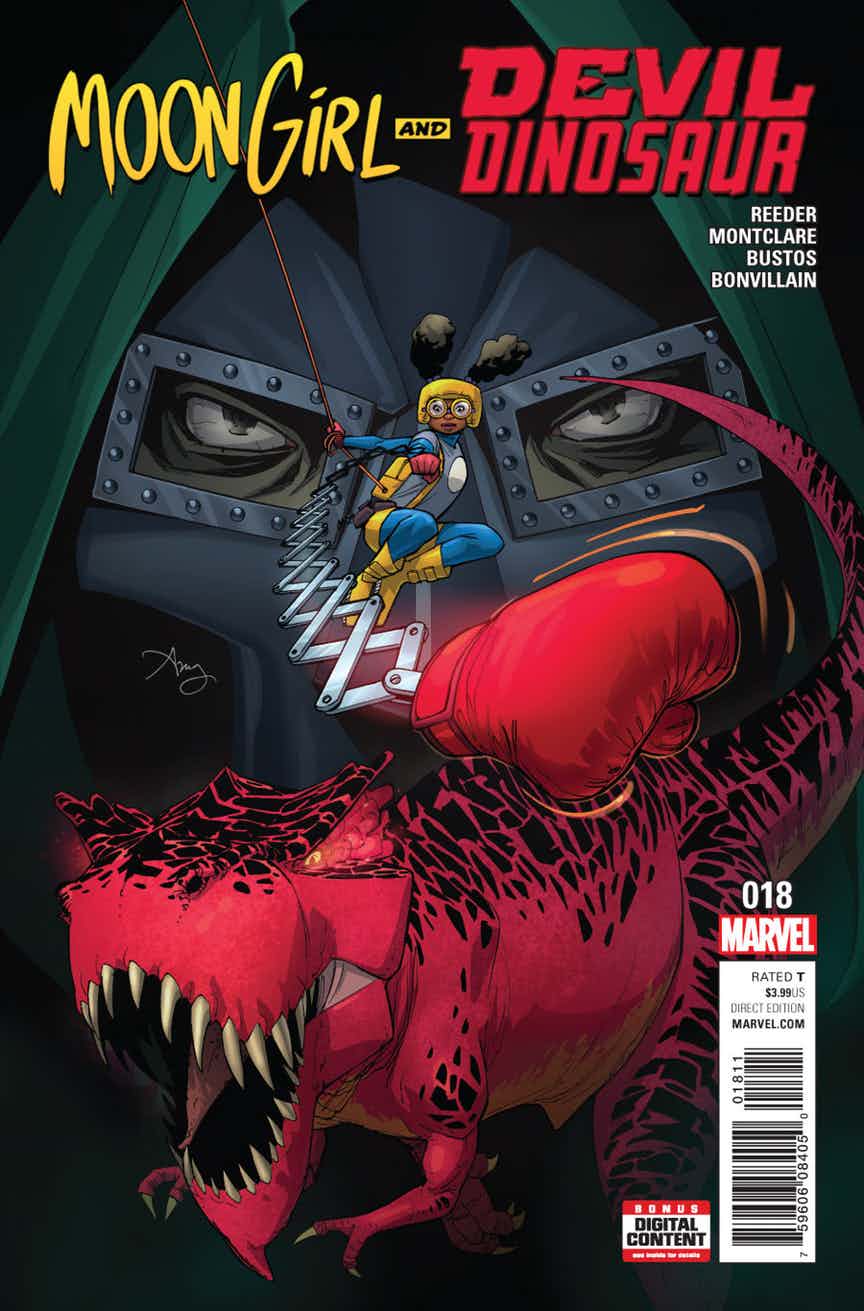 Lunella Lafayette has one of the most fun premises of all Marvel characters: a nine-year-old genius who happens to be the smartest person in the world and has a psychic link with a Tyrannosaurus rex. This issue concludes an arc featuring Doctor Doom as the villain. Though there are cameo appearances here of fan-favorite characters like Ms. Marvel, Ben Grimm, and the Hulk, the reader doesn’t need to be familiar with recent events in other comics to follow this story.

Natacha Bustos and Tamra Bonvillain continue their masterful artistic partnership. Every panel is drawn with painstaking detail and vibrant colors. I like how Bustos designs interiors like Lunella’s school and her family’s apartment. Bonvillain uses soft, pleasing gradients of green and yellow-green inside Lunella’s home, and contrasts them with purple shades on Lunella’s parents’ clothes. Bustos has an eye for creative angles to show the story, like the inside of the oven when Lunella’s mom removes the turkey.

The script feels quite full, and both the dialogue and Lunella’s internal monologue could be tighter. There’s a lot of text on nearly every page. Lunella repeats the refrain “two heads are better than one,” but her realization feels disjointed and primarily didactic towards the reader and other characters.

Early in the issue, Lunella ruminates, “I used to be all alone. I never could admit that was hard.” It would have been intriguing if we were given more insight into Lunella’s past, whether via monologue or flashback. All of the cameos — Ms. Marvel, Hulk, and especially Kid Kree — feel sudden and not very personal. If Lunella had commented on some of these characters’ significance to her instead of observing generally about needing to rely on others, the climactic battle scene and aftermath would have seemed more impactful to her life.