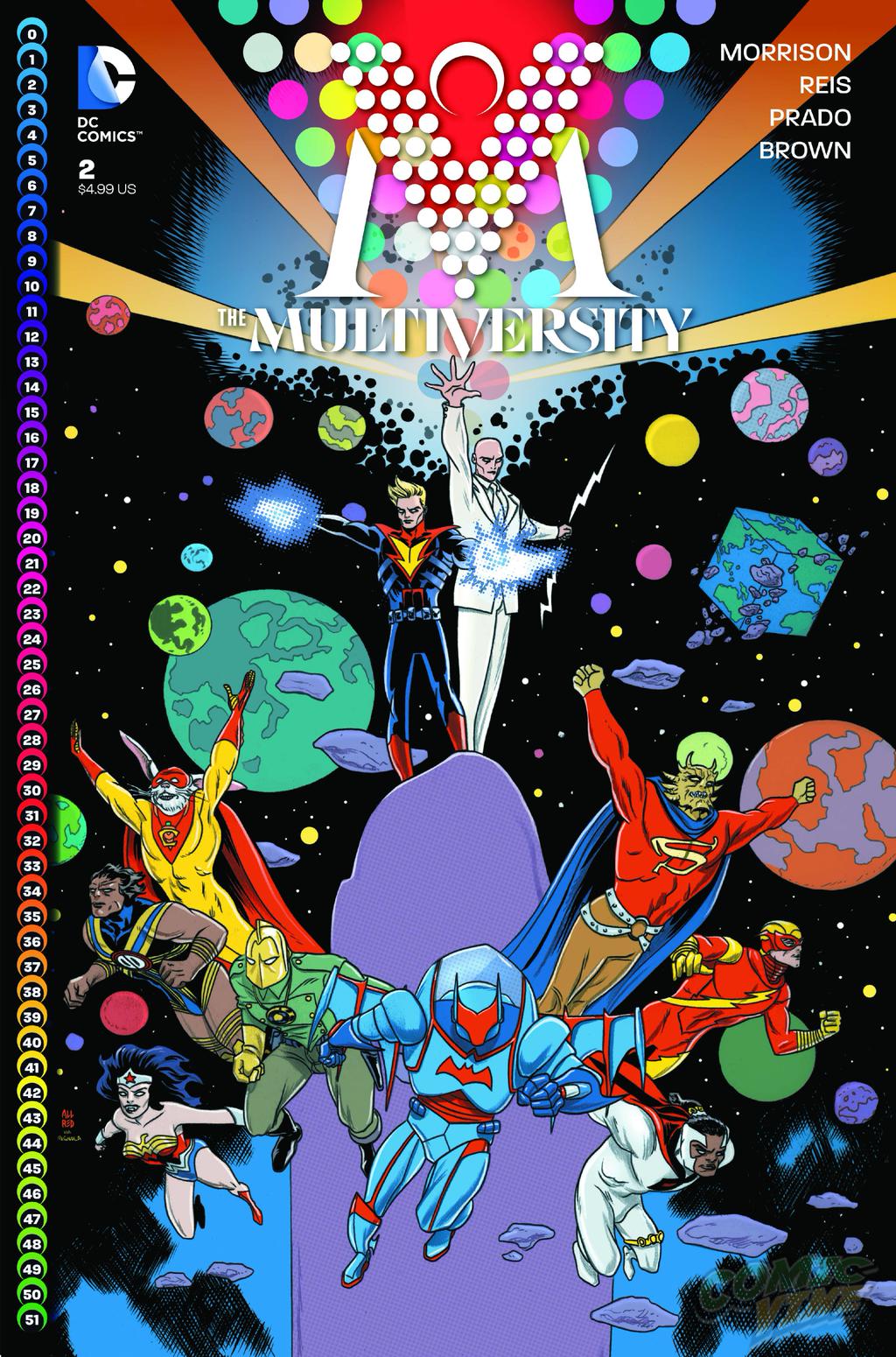 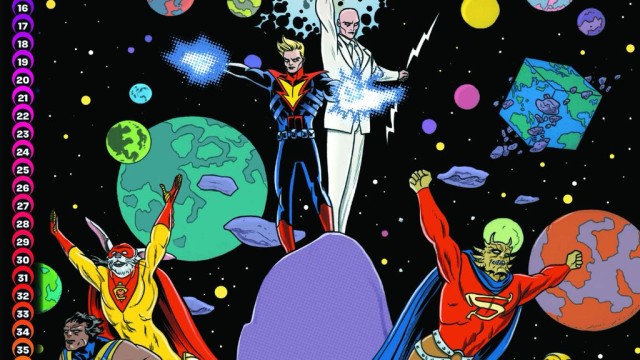 The conclusion to the epic adventure readers waited six years to see has finally arrived. The Multiversity is assembled and the epic battle fought. Legions of heroes have stood up to the Gentry and won. For now. And out of that battle comes Justice Incarnate.

And I can’t wait to turn the page and see what happens next.

There’s a caveat to this review that I have to make up front. I don’t fully understand what happened in Multiversity #2. But if I waited to write until I got every nuance, every minute detail, I might be an old man before you read my words. That’s how packed with ideas this single issue is.

It’s not just that Morrison slams hundreds (hundreds!) of characters into his script for Ivan Reis to lovingly roll out across an ever fragmenting set of panels. It’s that despite their numbers, despite the seemingly too few pages (there will always be too few), each and every character arrives fully formed. You can tell each one has decades of stories behind him or her, despite having been created nearly moments ago by Morrison himself.

The genius here is that you can read Multiversity #2 from a million different angles, and unlike the Rubik’s Cube, there is no one perfect fit at the end. As a straightforward super-mash-up adventure, Reis provides an epic scale that should satisfy anyone looking to lose herself in deep smash. As an ode to one of the greatest comic book stories ever told, Crisis on Infinite Earths, Morrison delivers something that lives up to the nostalgia those of us who read it at a very young age will appreciate most. And as a meta-commentary on the struggle of creator versus creations, this book gives us years of discussion to be had — not to mention worlds of story to explore — about the nature of the Multiverse and and its inhabitants.

This endeavor, the year long adventure into the folds and galleys of the DC Multiverse, is something I’m not even convinced Morrison himself can fully understand, because at the end of the day, the creations live on past their creator. They are bigger than the pen (well, laptop) from which they flowed. As Lady Quark comments to her husband, “You mustn’t patronize him. He is, after all, a bonafide component of the Batman archetrope.”

Those aren’t just crazy words strung together. It’s a testament to the power of comic books. The power of the DC Multiverse. And how it will always be bigger than any one creator, any one set of creators, any one company even. It will always live in our imagination first, having dug itself deep and occupied.

This isn’t a perfect comic. I could break it apart and find the seams that betray it. But what would be the point? At the end of the day, the Multiversity has always-already infiltrated our brains and inserted us back into the story directly. We’re no longer reading this comic from the outside. We’re part of the story. And isn’t that every DC Universe fan’s greatest dream? It sure is mine. So, thank you, Grant Morrison, for reminding me that I’m on a ride that never ends. May the next driver do you justice as you have done to those who helmed the wheel before you.