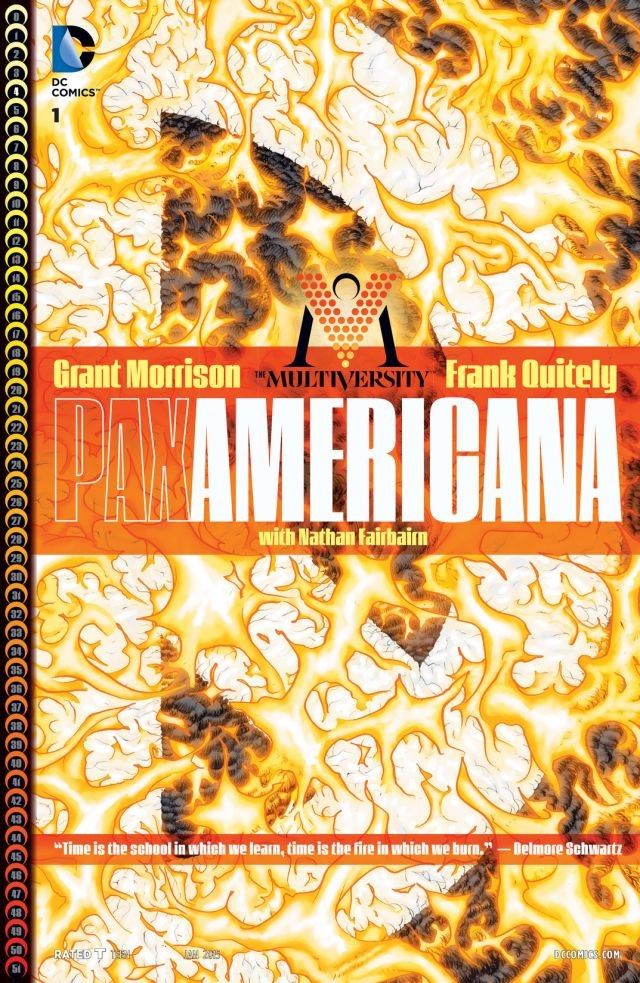 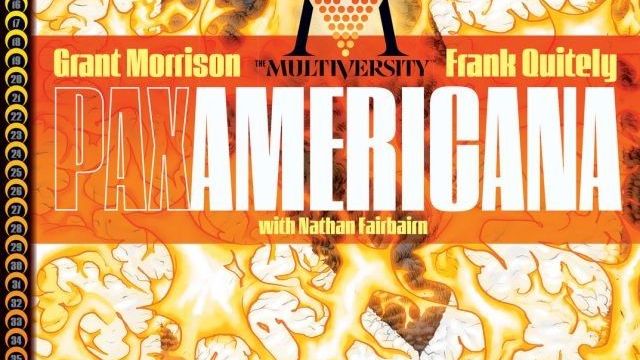 There’s a certain insane balancing act that comes with mashing-up the following elements: characters from a defunct 1960/70s publishing line, a multiversal mystery spanning 8 packed issues, a visual and structural ode to the greatest story ever told (no, the other one), and the brain of Grant Morrison.

This is one of those times where fans are either going to buy in and unabashedly love what Morrison is doing, or find it completely inaccessible and revile it like cholera. I fall face first into the former camp.

I would not be surprised to learn that this comic alone is why we’ve waited nearly 8 years for Multiversity to reach the stands. The level of intricate planning, meshing dialogue with panel progression, speech pattern with the depiction of time, is so mind-blowing, it’s hard not to just gape in awe. This book is quite possibly one of the most finely tuned machines of action hero expression we’ve ever seen, with Morrison and Quitely seemingly sharing one brain — one sinister encased-in-a-dome brain, ready to take over the world.

It’s not that the story itself is that complicated. Pax Americana centers on the assassination of an American President and the rise to power of his successor on the backs of government-funded super-heroes. What confounds adequate description is the style in which the story is told, something akin to backwards with quantum jumps here and there to muddy up the waters. And it’s clear the story is meant to confound, as conspiracies do, with the ultimate villain somewhere in the pages, not fully seen.

Those looking for a 1980s-inspired Bwah-Ha-Ha Blue Beetle or Captain Atom will be sorely disappointed, as the character iterations Morrison and Quitely roll out are pre-acquisition by DC Comics. These are truly the heroes of Earth-4, the world of a Cold War afflicted Charlton Action Heroes, and inspiration to the modern classic Watchmen. Thankfully, the writer doesn’t devolve any of the heroes to meet the sociopathy of their successors in Alan Moore’s story, with possible exception of Captain Atom. Peacemaker is portrayed remarkably as a hero, in line with his original rendering and in contrast to that of a man who just shot the President in the head. Nightshade is young, but with none of the alternating bitterness or naiveté of the Silk Spectre. And the Question is a hardline vigilante with little patience for his colleagues, but there’s no underlying insanity driving his nightwork.

Overall, characterization (while interesting) may be secondary — or even irrelevant — to plot structure, as Morrison weaves this story of government conspiracy and power acquisition that couldn’t possibly be completely told in 48 pages (or even 480). Clues and slips of the tongue are peppered throughout, with the number 8 reoccurring in image and dialogue throughout the issue. Or is it infinity? Or both. As time wraps around itself, meanings start to twist, and we lose all sense of the black and white behind what’s happening. Like a modern Manchurian Candidate meets Avengers, the Pax Americana is a super-hero team, a means to an end, and a symbol for the American mentality all at the same time.

Quitely wraps every page in this issue in panels as if it was a perfect reflection, taking great care to show the passage of time in a quantum-inspired manner without losing the parallel design of the page. There has got to be an enormous amount of planning and coordination with writer and artist for a visual endeavor like this one, and it makes me wonder how any of the other books managed to get done with such high caliber. This one alone assuredly used every moment it had to get it to this level of artistic integrity. It’s really something special.

Multiversity: Pax Americana #1 is going to have its critics — those who decry non-linear storytelling and feel the protagonists are unnecessarily cold. But the magic Morrison and Quitely are creating here in comic book narrative is too substantial to ignore. This is clearly one comic I will read over and over and over, gleaning more meaning with every experience of it. Its respect for the source material is moving, but the true gift is the peek we get inside the collaboration between these two men. It’s absolutely brilliant to behold. 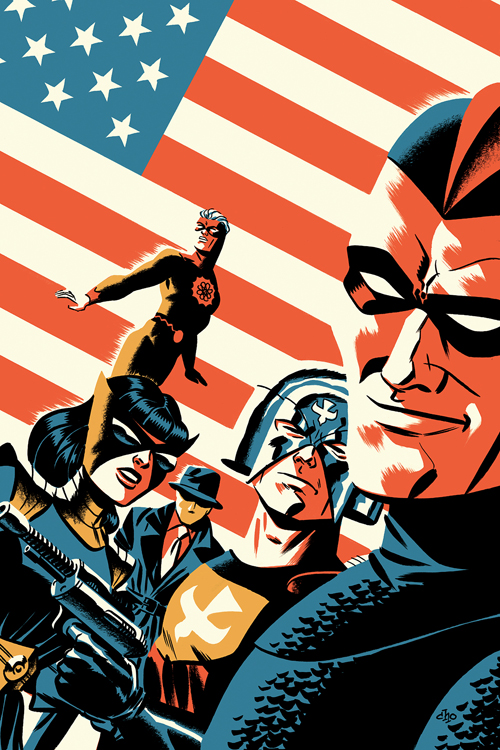