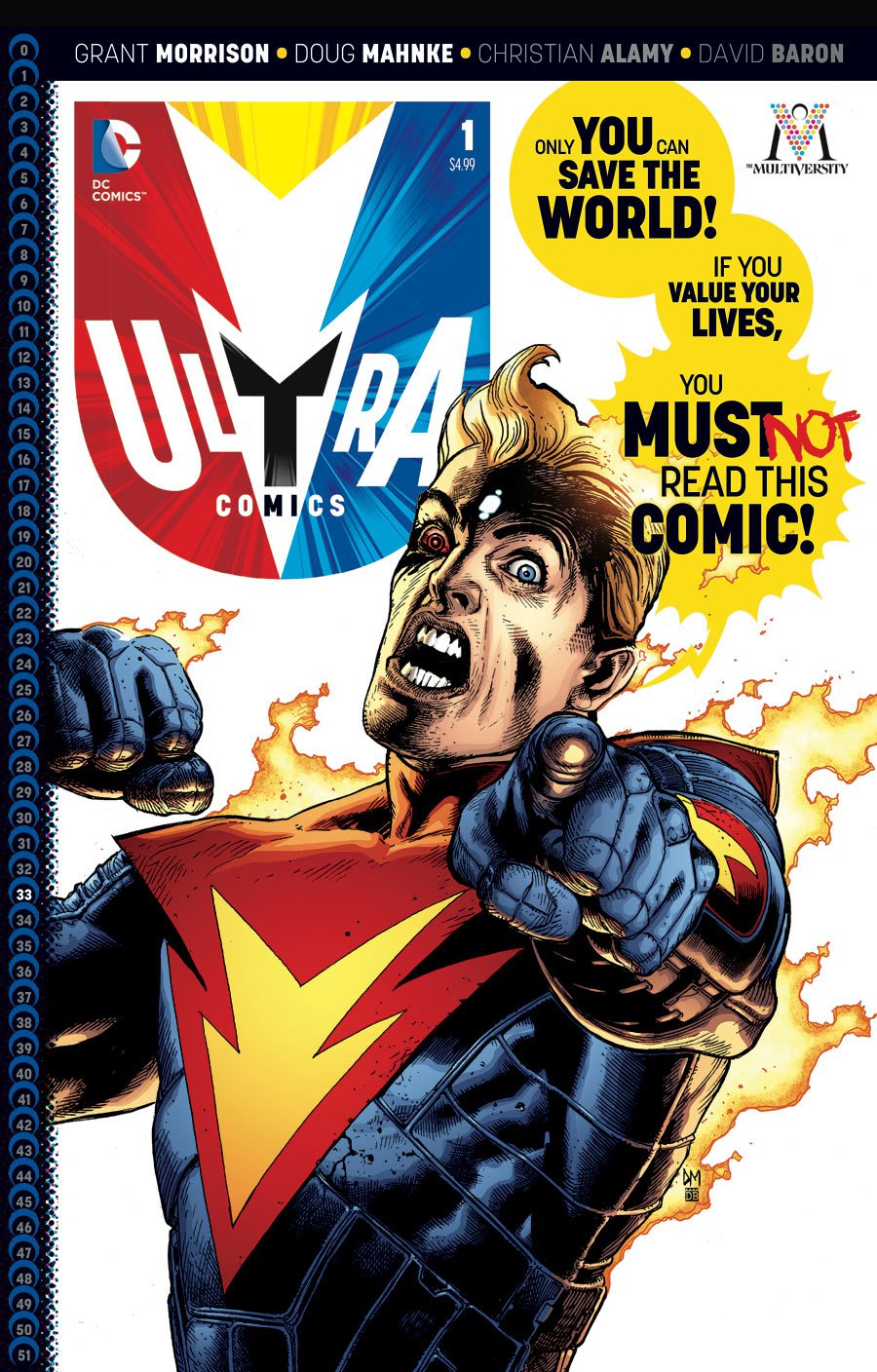 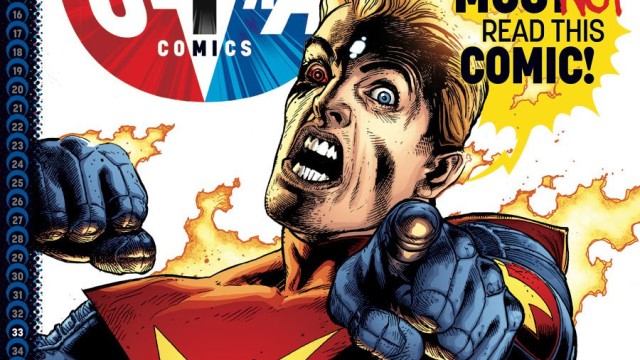 Ever read a comic that made you shiver? I mean, they’re just words on a page, right? Two-dimensional drawings of these pumped up archetypes. They don’t really mean anything, do they? They can’t exist for real. Can they?

With this penultimate chapter of Multiversity, Grant Morrison is operating at the height of his wacky, twisted, somewhat obtuse self, throwing the most crazy on the page that he has yet with the series. Closer to some of his recent creator-owned work in tone than more recent DC Comics writing, Ultra Comics should be, by all rights, an incomprehensible mess.

Except that it isn’t. The story, while certainly peppered with layers and layers (and layers) of meta-text and references to material you’re unlikely to have consumed previously (Gary Concord’s Ultra Man, anyone?), actually works. It works, because it has a certain science running through it that operates on one shared premise: the experience of reading a comic book.

If you’ve picked up this book (and very likely, if you are reading this review), you get it. Or enough of it for it to hit you, at least. That’s where the overall concept of Multiversity, no matter how insane it becomes — from the Moebius strip storytelling of Pax Americana to the uber-normality of The Just — just excels. It’s all grounded in the experience of reading, and in this case, the darkest forces that compel us to.

The Gentry makes its most prominent appearance here, and I’ve got to say, I still have the heebeegeebees. As a concept, they are nearly preternatural, conceived to be that thing that’s waiting under your bed, or underneath your eyelids even, ready to strike the moment you close your eyes. They are Sauron, the Boogie Man, Dracula, and that clown from the circus you went to as a kid. And seeing it (them?) illustrated by Doug Mahnke in all its terrible ferocity is an amazing contrast to the pure archetypal heroism of Ultra Comics.

The combination of Morrison’s monologue and Mahnke’s pencils actually do something here that I haven’t experienced until now. I’m not sure I’m seeing the same thing in this book everyone else is. It’s sort of like not knowing whether how you see blue is how everyone else sees blue. That kind of childhood thought process/worry is alive in the character of Ultra Comics, as I wonder — is he a blond, blue eyed muscle man because that’s what I — and only I — reference first as a comic book hero? Is my friend seeing him the same way? Or does the comic change for the viewer? It’s kind of creeping me out to think about, even now.

We see this level of detail in Mahnke’s work that adds to the heightened sense of palpability, but we’re never allowed to forget that this is a comic book. And because the comic book is a medium of escape — of forgetting — that tension pulled me into the narrative even more. Call it a trap. Call it a prison. Call it an escape pod. No matter what it is to you, it’s doing its job here.

How Ultra Comics fits into the streaming narrative of Multiversity — with its presence as a “haunted comic” permeating so many worlds we’ve already seen — will likely be a subject of debate and discussion for some time. In the meantime, Morrison and Mahnke are delivering a unique experience: a comic that is more self-aware than its reader. And that should scare the pants off of you. It did me.