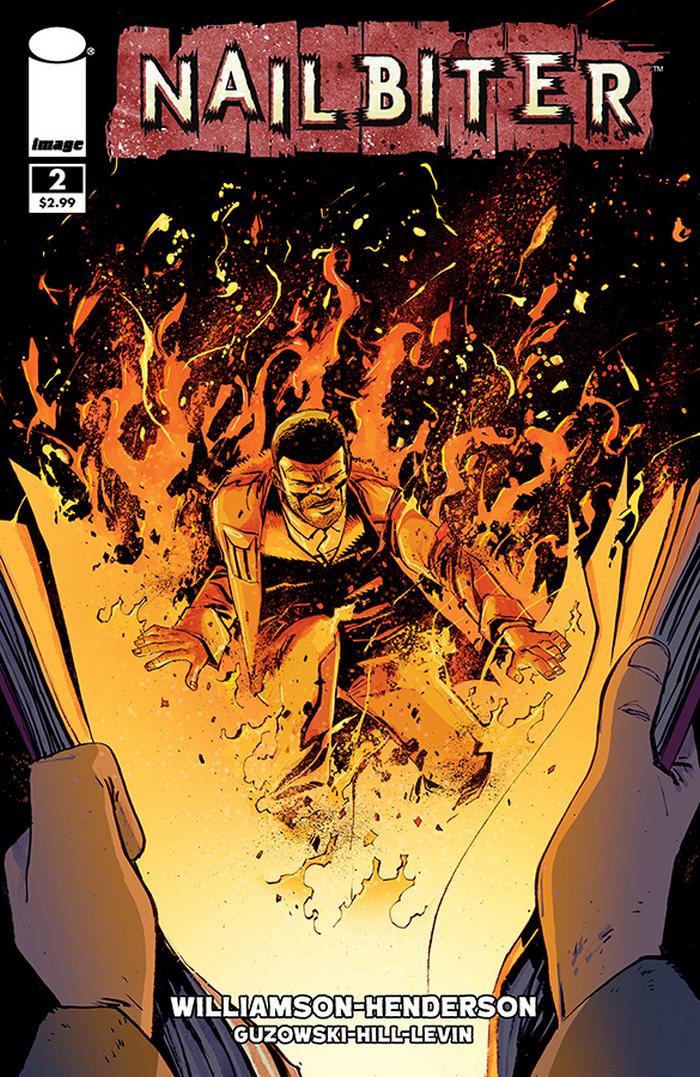 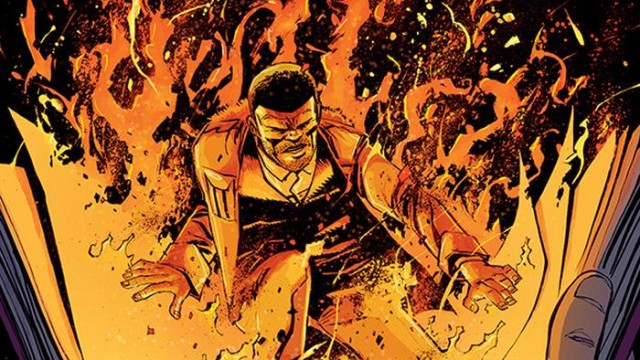 GO BACK AND READ NAILBITER #1! It’s actually not necessary, as Williamson does a great job of laying down some expositional dialogue to catch new readers up. Being only the second issue, you’re given just enough information to be able to deal, if you couldn’t get your hands on the first book. However, that’s just how good this series is. Fans will want new fans to read every tense panel.

Another layer of dermis is peeled back to expose the past in Williamson & Henderson’s second installment for their series about serial killers and those who hunt them. Just as in the first installment, readers are treated to just a taste of the past of Edward Warren, known as the Buckaroo Nailbiter, before being flung into the middle of the case of the missing investigator established in the first issue.

This is a combination of procedural crime show, horror hack and slash, with just a dash of Silence of the Lambs to make your skin crawl. The current mystery of trying to find Officer Carroll, who was trying to find a link between the town of Buckaroo’s copious number of serial killers, is interspersed with flashbacks. These scenes provide more creepy insight into the various killers, their modus operandi and a few of the personal relationships Warren had with people in Buckaroo. Despite the necessary expositional talking head conversations, Henderson finds a way to chill you to the bone with tiny amounts of gore while our main character, Nicholas Finch, is interviewing Warren in his home. Readers who did not partake in issue one might get a little bogged down in the significance or lack of names of characters introduced in issue one. But with a reprint of issue one in the works it will be easy to catch up.

The art takes it up to a heart-stopping (and yes, pun inducing “nailbiting”) level when panels continue to be sliced in of a hand-sewn hooded menace watching over them. This villainous look is reminiscent of Madder Red, but with its own eerie and unique scarecrow-head style.  Then just as you cannot get more engrossed, the full blown fear factor kicks in as Henderson presents a series of panels from a perspective that gives you chills, because it provides you with a renewed sense of danger and keeps the mystery of just who is responsible. Of course, there will be plenty, who read issue one, that will also get a sense of justice and satisfaction at this murder-in-progress we, the readers, must bear witness.

The grizzled, macabre and fiery action just grows all around this story. It lets you know that Williamson understands the paces and beats of horror. It also shows the tight collaboration that he and Henderson must have because of the less than subtle stomach in your throat moments, like watching a knuckle-busting cable television show.

While the first issue laid out basic plot and characters, this second issue has busted the doors of terrifying possibilities and shown us that no one is safe, nor can they be trusted.