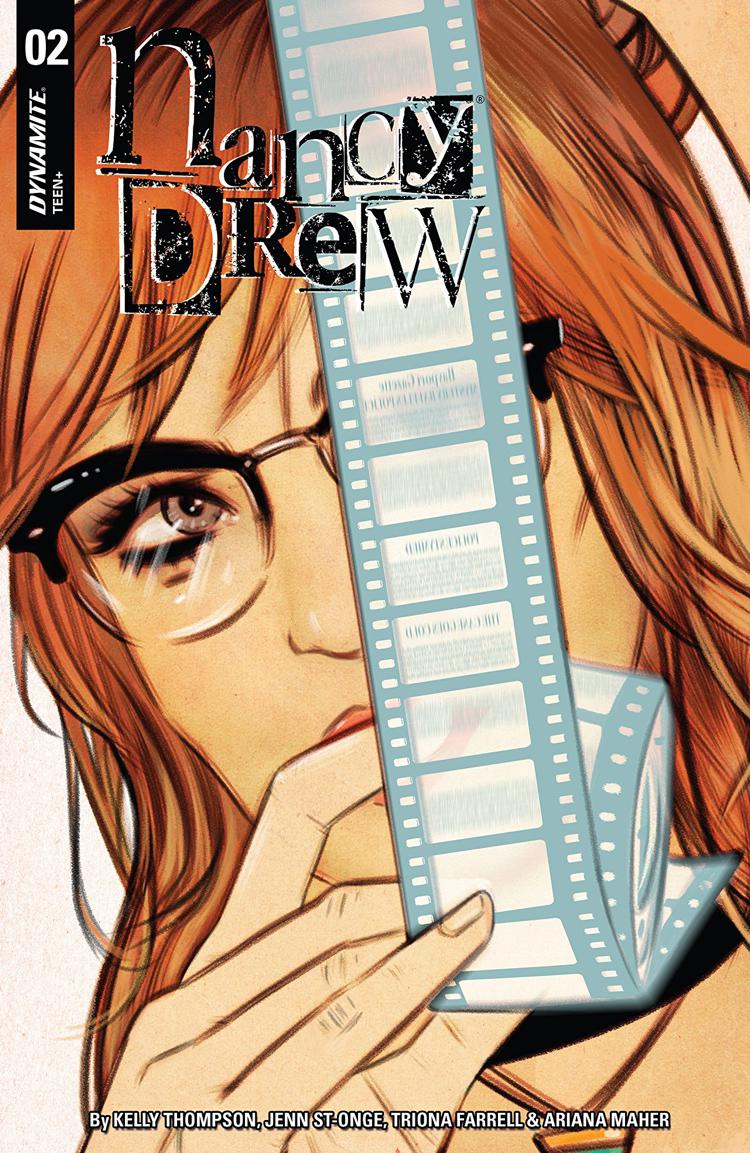 This series pulls no punches and this issue is no exception. Issue one left us with a cliffhanger, what happened to Nancy? Who cut her rope? Was she going to be okay? They were there to investigate the death of a woman 7 years ago, Mariana Vega, who died in the cliffs, and apparently a woman who the police department decided to ignore entirely.

Nancy receives a letter that brings her back to Bayport, back to where her mother died, back to a place where all of her old friends used to be. A place she didn’t think she’d ever return to. Now Nancy and the gang are back into the thick of a mystery just like old time, except this mystery won’t be so simple to solve.

We’re introduced to new characters this issue and new relationships. Romance blooms between Joe and Bess, George is dating Davina, and Nancy has just been saved by a handsome possible troll climber, the relationship situation is definitely looking up. Turns out that the handsome climber’s name is Pete, and he wrote the letter that brought Nancy back to Bayport, he wants her to solve his mothers’ murder.

While the police decided to chalk Mariana’s death to a suicide, Pete is adamant that she was murdered, but her death was two days after Nancy’s mother, and Mariana wasn’t rich and white. Nancy is determined to help Pete when they run into a serious complication.

I am so in love with St-Onge’s art in this series. I love all of the clothing and styles that every character has, its so easy to tell them apart and they all have their own look. Farrell’s colors are bright without being cheerful, and they help lead your feelings in the story. I’m excited about the diversity in this comic, it is leaps and bounds more progressive than the stories and television program that inspired it.

I’m also quite a fan of the inner and outer dialogue of Nancy that Thompson is writing. It makes it easy to follow along with the story, but it also lets you know what Nancy is considering a clue, and what she’s processing which will help you in your deductive reasoning, once the mystery really gets underway.

I give this issue full marks and I am already itching to know what the next steps are after the huge complication we were thrown.