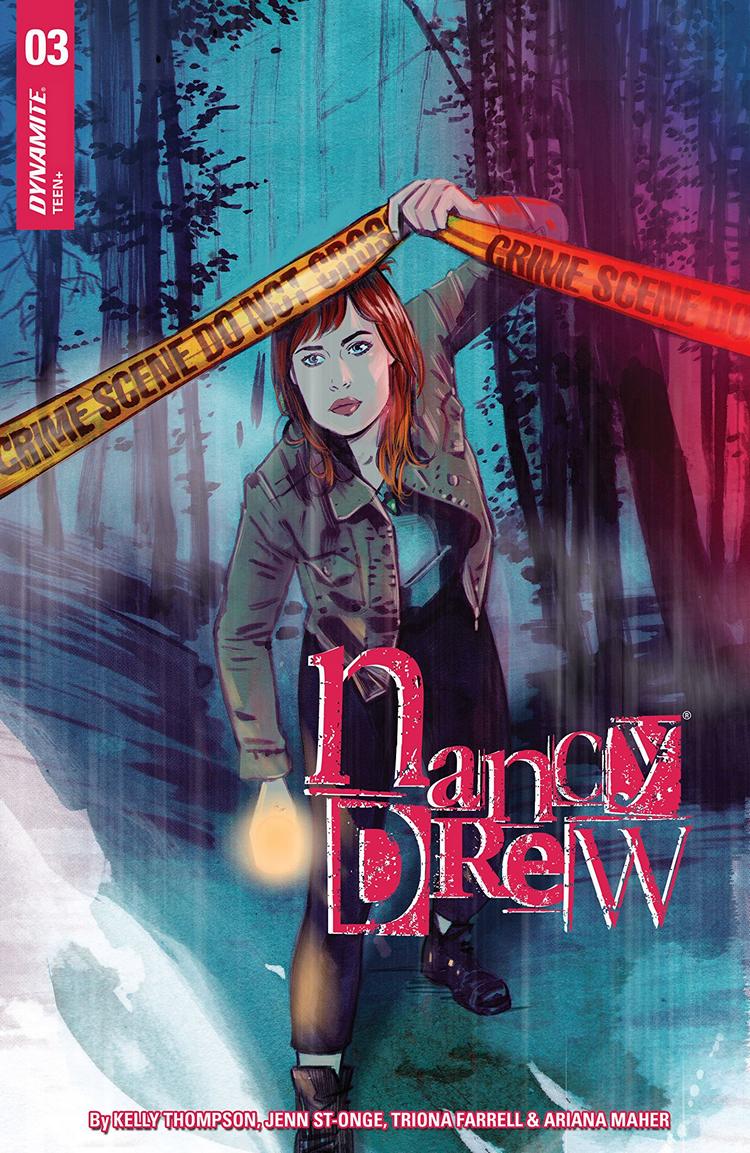 After finding a body which died under similar circumstances of that of Pete’s mother, Nancy sets out on a quest to find the murderer in this issue of Nancy Drew!

Nancy’s kind of the worst. I feel the Veronica Mars vibe that’s supposed to be coming from her, and her dry humor is fun to read, but it’s also hard to root for her when she seems way more into herself than the people who are going out of their way to help her. Her not telling her friends what she was doing in the last issue and essentially sending them on a nightmare wild goose chase of “is my friend dead?” wasn’t exactly the coolest thing to do, and I’m honestly surprised about how well everyone took her leaving without telling them. The lack of consequences to some of her actions feels a little unearned.

I’d say the person I sympathize the most with in this comic is poor George. She’s the only one who clearly expresses her frustrations towards Nancy, who probably deserves more people calling her out for some of her reckless and selfish actions.

I do love that they address the fact that Bess’ parents are never home. I love that Bess’ response to that is just “Who knows? They live a vibrant life, who am I to stand in their way?”, I love it.

Also, I just love Joe and Bess so much. Joe’s obvious love for her is super adorable. Their rapport with each other is great. I love how confident Bess gets when it’s only her and Joe. George and her girlfriend are pretty cute, and I will say Nancy and Pete are kind of cute too, but Bess and Joe are probably my favorite couple in this comic.

The character designs are also wonderful. I like the revamp of the looks for characters and having to fit the century we live in. I like that the Hardy boys honestly don’t look a lot alike and how Bess has a fuller frame. Even if I’m not exactly a fan of George’s hair, I think I like that it’s different and interesting.

I like the coloring done in the comic. It’s all very clean looking, for the most part, but I do like the ombre hair that some of the characters have. I also like how there is a bit of a noir touch to some of the scenes when it comes to shadows, especially when with the cliffhanger at the end.

If you like Nancy Drew or have liked Kelly Thompson’s work in the past, I’m sure you’ll like this. I wouldn’t recommend starting your read at issue #3, but I would recommend this series for a fun mystery romp.