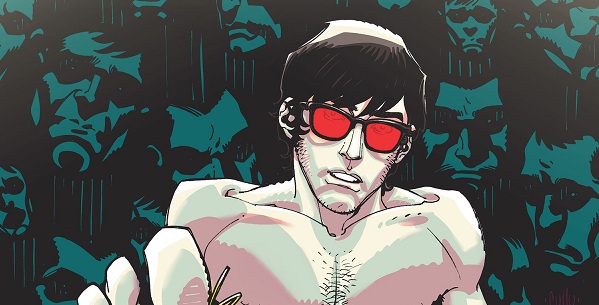 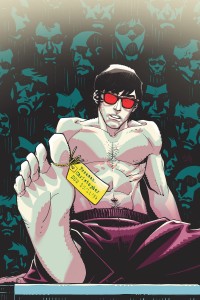 There seems to be no shortage of press on DC Comics’ splashy new publishing initiatives over the last 11 months, with the New 52, Before Watchmen, Sandman, and the upcoming Zero Month rotating on center stage. Chronically overlooked, however, is perhaps the most creatively driven of them all, National Comics. A monthly series of self-contained one-shot stories — each featuring a different classic DC character re-imagined for the modern day — National Comics begins its run this week with Eternity.

A fresh take on the classic hero Kid Eternity, Christopher Freeman is a police department coroner whose brush with death has granted him an unusual talent — the ability to raise the spirit of a person for 24 hours after death. Using that time and the memories of the recently departed to piece together clues, Freeman endeavors to solve the victim’s murder before he or she fades into the afterlife forever. Freeman comes off as somewhat of an idiot savant to his unknowing superiors, but the real obstacle might come in the shape of a mysterious man observing him from afar — and within the afterlife itself.

Lemire and Hamner do an excellent job of crafting a character young and brash enough to seem somewhat of a slacker, but with enough confidence and intuition to warrant being a doctor/medical expert. Layouts are beautifully constructed, much like in Hamner’s three issues of The Shade late last year, with each scene structured to support its overall purpose. Whether depicting a dream, trip to hell or a medical examination, Hamner paces the page perfectly for the reader. Lemire’s use of dialogue for investigatory exposition is a little heavy, but ultimately the mystery unfolding throughout makes the story fly by.

National Comics is precisely the kind of showcase DC needs in a universe reintroducing itself to decades of characters without a current home. With every story tightly constructed to be done-in-one and some top talent gracing these pages month after month, this book will assuredly be a place for experimentation and hopefully a launching pad for future series. Upcoming issues include Looker (August), Rose and Thorn (September) and Madame X (October). If Eternity is any indication, every one of these books will be a must-have for your read pile.