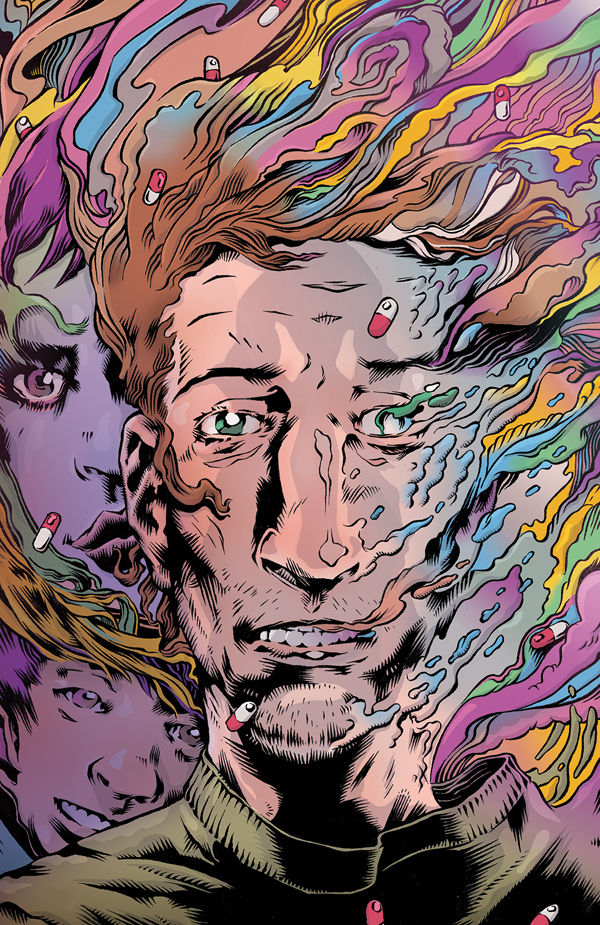 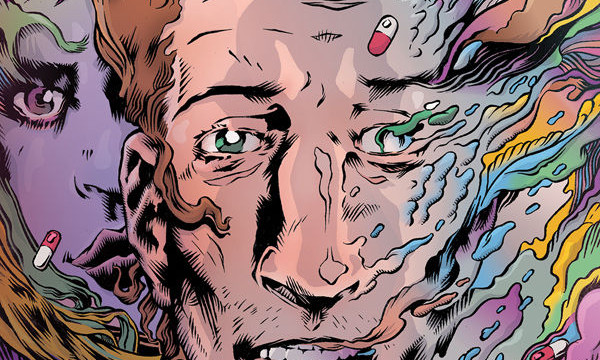 What is real? What is hallucination? And what’s going on? These are the questions that spring to mind after reading Neverboy #1.

Sometimes questions after a first issue are a good thing. It means the story has grabbed a person’s interest and they can’t stop thinking about it. They want more. They want answers to the gripping mysteries presented in the comic. Other times they are just questions being asked of what feels like unresolved story points that need to be fleshed out more. With Neverboy, the questions fall into the latter group as this story briefly scrapes the surface of what could be some interesting concepts, but they are not given enough time to actually hook readers in.

The vast majority of this issue (I’m talking 90%) is setting up to the final pages that introduce the twist of the series. While this set up is not written poorly, as a single issue it sets a pace that is extremely slow. For an OGN or even an extra-sized issue where more time can be spend fleshing out ideas and setting things up, the pacing may not have been an issue. For a single issue with less than 25 issues to work with, focusing this much on setup heavily detracts from the actual mystery and intrigue of the story going forward. The “reveal” at the end of the issue feels like it is thrown in haphazardly compared to the subdued pacing of the rest of the issue and for this reason it loses most of its impact. The entire issue hinges on if the final pages strike a chord, and for me they fell flat. Issue #2 will most likely flesh out some of what was left open in this issue and drive the plot forward, but that cements this first issue as nothing more than a comic that sets the table for other issues and doesn’t have much of a hook inside it.

Simon does use some clever tactics to flip some stories told by the primary character around, and his dialogue is not bad at any point. What keeps this first issue from being a dynamic story is the story structure and how heavily this issue relies on readers having signing up for a second issue without giving them much to go on in this #1.

Tyler Jenkins’ artwork is solid throughout. Peter Panzerfaust fans will feel at home with his artwork, though this is definitely its own world. I get the impression in this first issue that Jenkins will have opportunities to cut loose down the road, and for the moments he does in this issue that gives me hope. His style is interesting and his work drives this issue forward during its slowest points. Colourist Kelly Fitzpatrick gives the artwork a shot of energy and when the issue delves into the mind-bending realm, her skills really shine. Subtle colour work throughout the issue tease that this story is going to go some visually interesting directions and her work is the star of the issue. Jenkins’ pencils are solid, but it is Fitzpatrick’s colour work that gives this issue some much needed sizzle.

Neverboy #1 trips a bit out of the gate and spends a long time setting up some final pages that needed some extra room to breathe. The hook was attempted but it was too brief to get me really excited, though I may return to see where this story goes from a visual perspective. If nothing else, we may get to see Jenkins and Fitzpatrick cut loose in some psychedelic ways that are worth the price of admission.