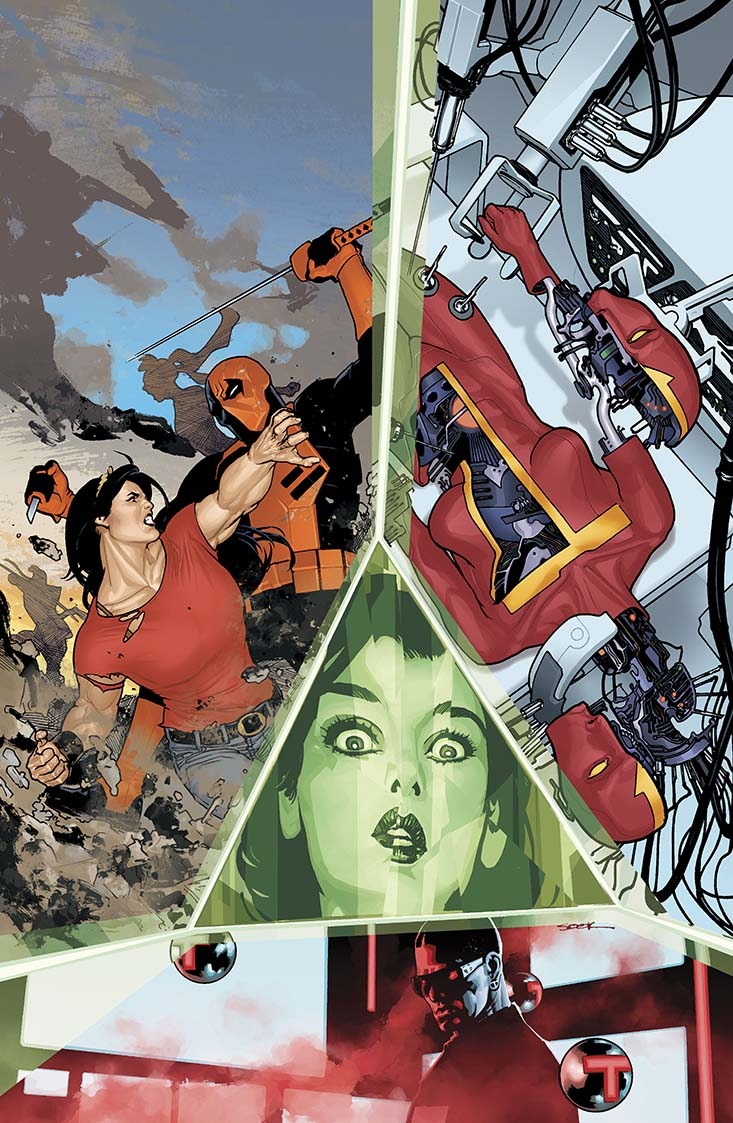 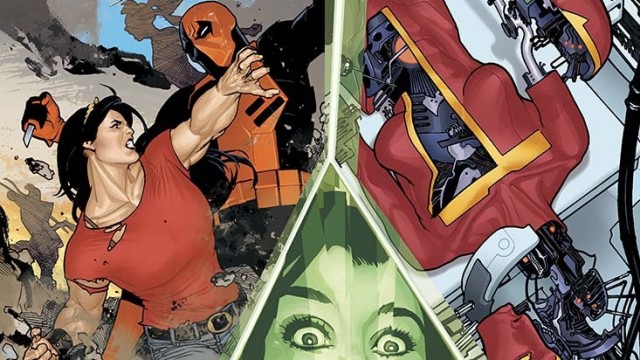 Futures End…you keep pulling me back in…and I think, fourteen issues in, I’m here to stay.

The New 52: Futures End #14 showcases multiple storylines, as is the norm, with this issue checking in on Batman Beyond, Grifter, Big Barda and more. The integration of Earth 2 into this series has been a brilliant move by these writers, and the depth of this series the more Earth 2 is integrated is astounding.

The writing in this issue is solid, and each of the storylines is starting to move in some really interesting directions. There is a great energy whenever Terry McGinnis or an Earth 2 character is on the page, and the writers are playing off of it well. They maximize the impact of reveals, and these veterans obviously know how to let a story unfold. While the tight storytelling of Batman Eternal may have overshadowed this weekly at the beginning, Futures End is building into its own unique, dynamic series that has a lot going for it.

The writing is sharp, but the art from Aaron Lopestri continues to be somewhat generic. There are few moments I would consider to be strong artwork, and few that are bad, leaving a whole lot of middle-of-the-road superhero art. Reading this issue after reading Patrick Zircher’s issue last week highlights the discrepancy of talent in this artist stable, and for 3 weeks out of every four (so far) the artwork is not up to par with the writing. Lopestri’s artwork is never bad, but also never great, so it keeps this comic from being as strong as it could be.

This series has taken some time to really pick up speed, but it is officially a rapid moving train and it is a great time to be on board. I’d argue some high profile additions to the art stable could take this from a B-series to an A-list knockout, but I can’t help but come back each week so something is definitely working. #14 was a solid chapter of these stories. I’m in for more.