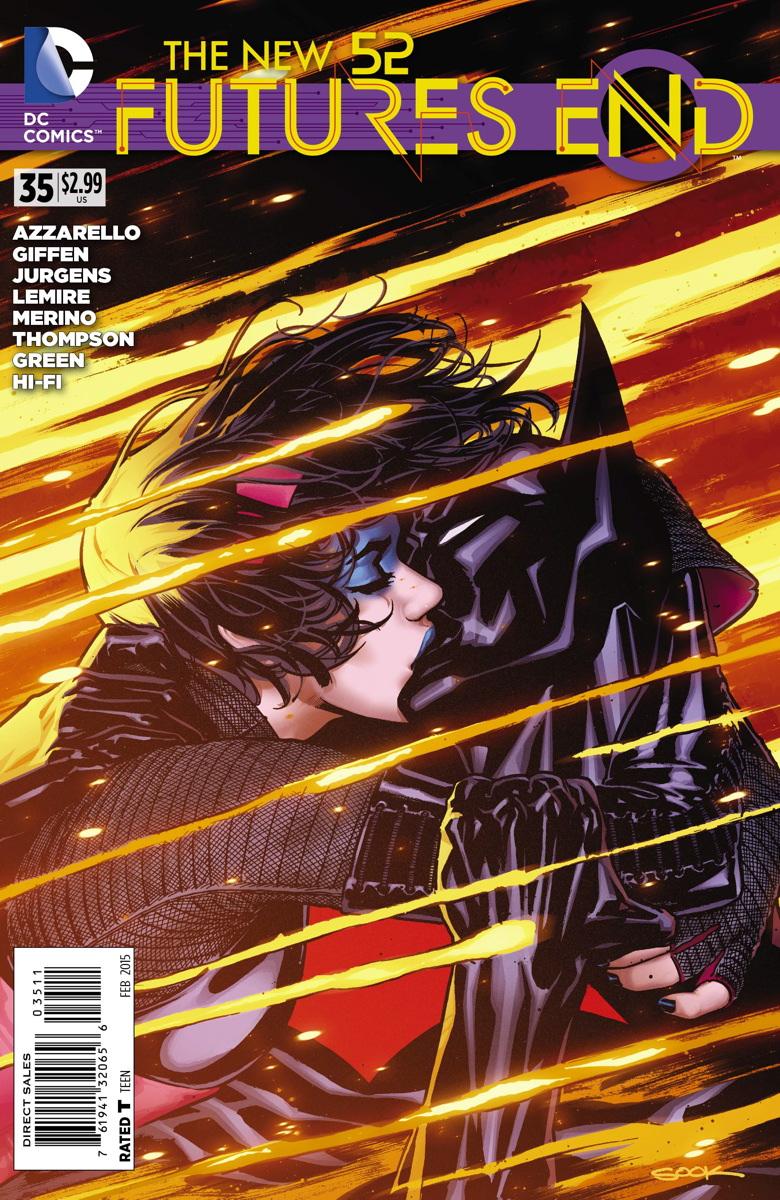 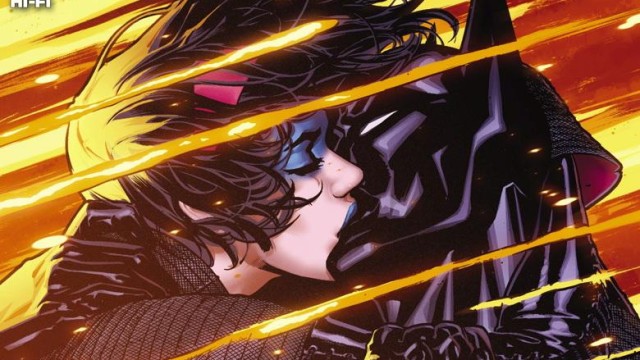 Skidding directly into Act 3 of Futures End, Father Time has been defeated, Deathstroke is dead, and a new threat in the form of the Composite Batman has come back in time (from the even farther future!) to stop Terry McGinnis and Plastique on their quest to destroy Brother Eye. And while all this is happening, the only hope to stopping Brainiac — the now really dead Frankenstein — may be lost.

One of the things I did not expect to love about this series was its new characters. There’s a certain fascination in seeing everyone you are familiar with in a new status quo — September’s event books are proof of that. But when it comes to introducing new characters, there’s a bigger challenge. How do you make them feel like they always-already belong here?

In one case, you don’t. The new Firestorm — an amalgamation of Jason Rusch and Madison Payne in decidedly female form — doesn’t need to fit quite so well, as we have witnessed her arrival along with everyone else in the DC Universe. It’s a unique experience, being a woman with a man inside your head, and one that I think has limitless potential for exploration.

Likewise, Plastique’s evolution from French-Canadian terrorist stereotype pre-New 52 to ingénue anti-hero in these pages is exemplary. Her look, personality, and motivation are all fresh and interesting, particularly as juxtaposed against a more traditional hero like the Batman Beyond. The writers of this series really need to be commended for their treatment of these women, not to mention the artists for their character design (whichever one(s) is owed credit).

But more than either of these, the evolution of Fifty-Sue is the surprise gift of both this issue and the series as a whole. Ostensibly an eight-year-old girl, although — as she notes — she can be anything she wants, Susan is as much raw nerves under that bravado as any child, and that frankly makes her stand out from the wealth of young super-heroes in comics that act like mini-adults all the time.

Stephen Thompson’s rendering of Susan and her erstwhile surrogate mother Lana Lang (of Earth 2) is certainly one of the highlights of the run for me so far. Thompson has given us a range of emotion on Sue that we haven’t quite seen as of yet, and magnified the bravery Giffen is writing into Lana’s character. I pretty much adore everything about this scene, and I can feel the hairs on the back of my neck raise when Lana slaps Sue. The tension is incredible here. Kudos to Giffen and Thompson for ensuring such an important emotional moment doesn’t get lost in the fast pace of the series as a whole.

My one regret, of course, is that these three terrific characters can’t simply be transported into the modern day DCU. We don’t know what’s to come after Convergence for DC, but my sincerest hope is that something launching involves one or more of these women, and by one of the terrific members of this large creative team. They’ve done a brilliant job of making me care. More of that next year!