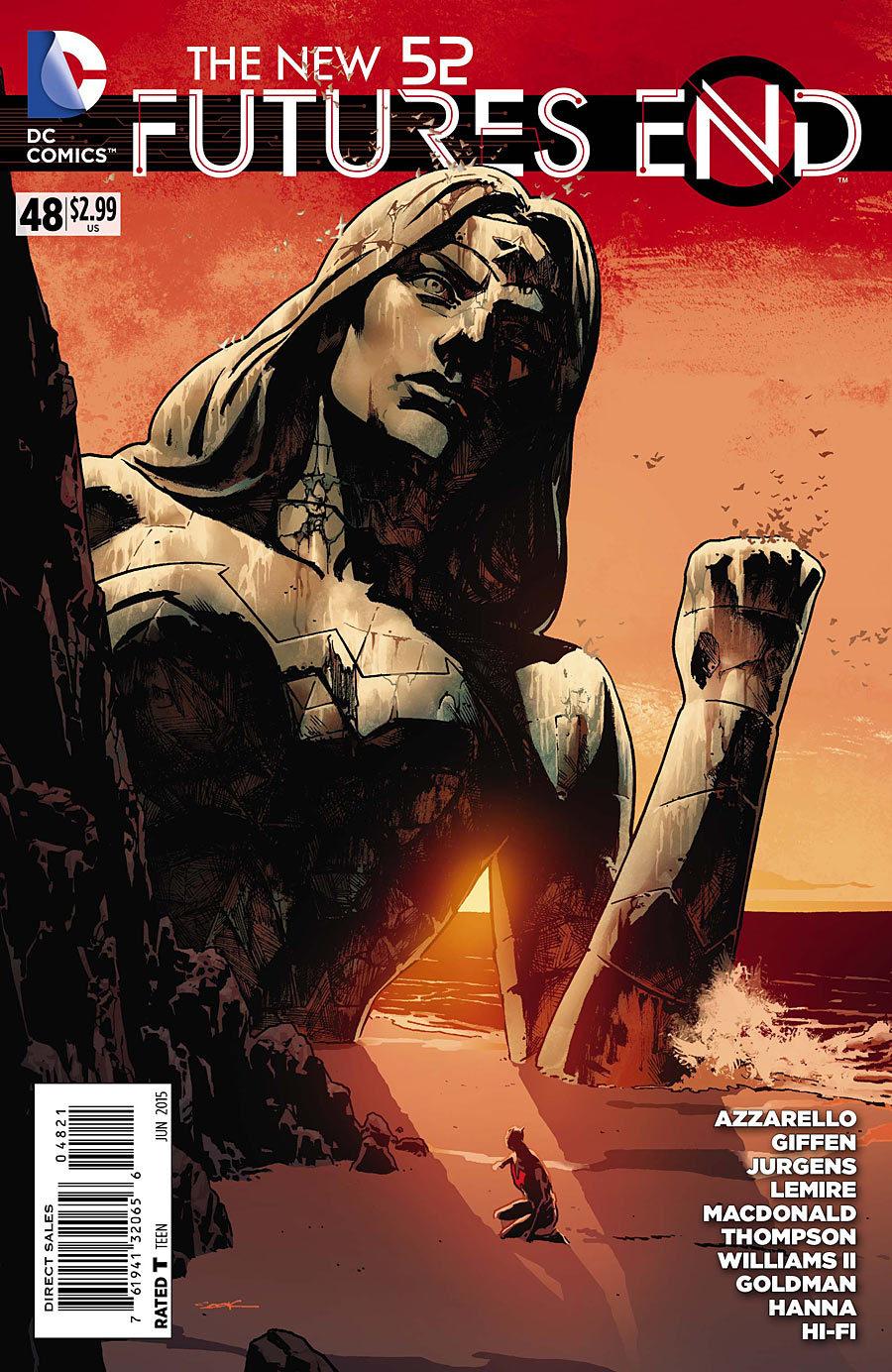 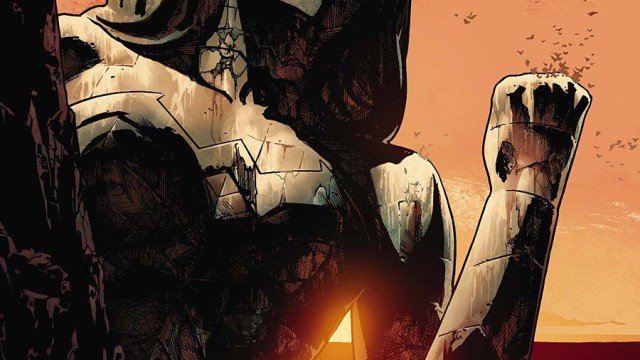 The End has finally arrived.

As Tim Drake, propelled into the future by a self-destructing Brother Eye, meets his fate 35 years down the DC Universe’s timeline, we are introduced to the world to come. Is it utopia? Is it the Great Disaster? What becomes of Batman Beyond?

One of the things that’s been so interesting about Futures End is its unpredictability. What seemed at first like a disparate mish-mosh of also-ran characters evolved into a beautifully choreographed patchwork of heroes. Storylines coalesced and intertwined. Who you thought was minor became major. And brand new characters took on a brilliant life of their own.

And with this final issue, Jurgens and company deliver a return to the world of issue #0, bringing the series to its close much like it opened — with a world of possibility to explore and seemingly overwhelming darkness. The only difference? A year later, I’m deeply invested in these characters, and am utterly buoyed by how the series wraps (and what it means for June’s Batman Beyond launch).

Without spoiling the end to the series, it’s fair to say there’s a lot of open questions here. But in the grand tradition of future science fiction masterpieces like Planet of the Apes and Kamandi the Last Boy, the writers have sufficiently satisfied the narrative at hand and left a lot of possibility on the table. Much like its ancestor, 52, Futures End has really been about exploration and expansion, so its conclusion relies on that spirit aggressively.

Like its weekly twin in Earth 2: World’s End, Futures End #48 features multiple pencillers and inkers, breaking apart the single issue. Unlike Earth 2, however, these artists were extremely well chosen, and their work blends so beautifully to make a single issue that holds my attention unbroken until the very end. DC holds Stephen Thompson for the conclusion of the issue — its most emotional moments — and deservedly so. The amount of grief, relief, and exhaustion Thompson is able to communicate makes for a stunning conclusion.

Andy MacDonald’s fight scenes are equally as energetic as his facial expressions are amusing. And across the board, all four art teams capture the figure of Batman Beyond as central to every scene, carrying him through with strong emphasis and clean line. What this issue does more than anything, frankly, is put me on the edge of my seat for Tim to hopefully to keep the black suit and red bat in the coming months, unless a swap is in order in the pages of Convergence — the very place this timeline will be seen next.

It’s difficult to properly express why this issue worked so magically without ruining its final moments for you, but here’s a quick try: Futures End #48 gave priority to emotional beats over physical ones, brought the series full circle without losing what made it special along the way, and opened up what will hopefully be a fascinating stage of further exploration. A proper send off to the New 52 branding, this issue is undoubtedly my favorite of the week. Here’s to what’s on the horizon. Eye can’t wait.