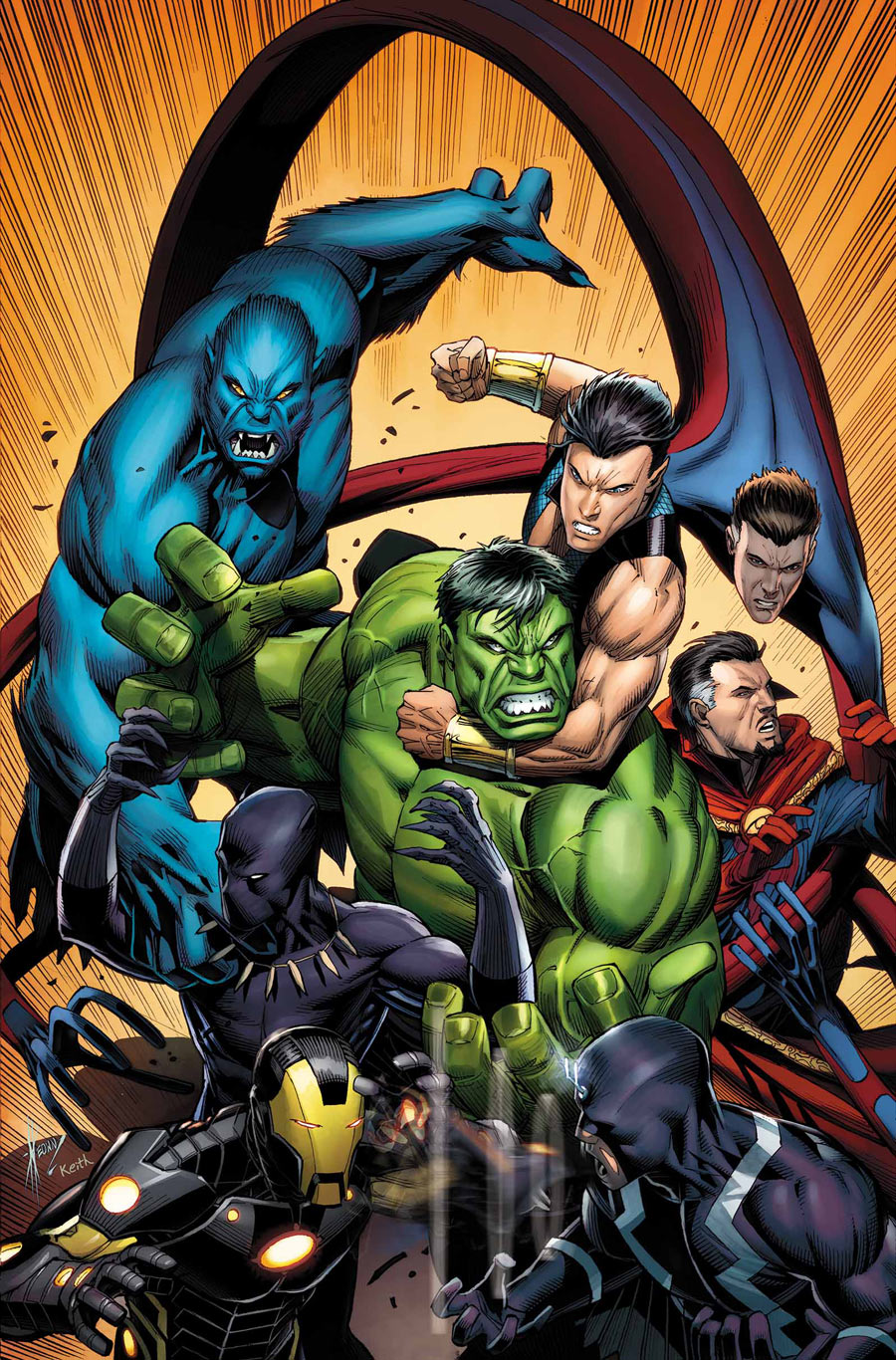 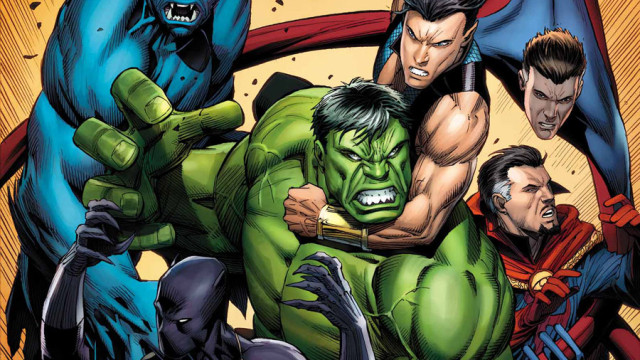 When every issue of a title has been building towards a particular moment, there’s bound to be added pressure and hype when that moment finally arrives. After destroying their first populated alternate earth, the Illuminati’s guilt is expressed wonderfully through Hickman’s strong dialogue, but his script is ultimately weighed down by mediocre art and a sense of predictability.

The events of last issue should have meaning for the Illuminati as a group, but Hickman decides to focus almost exclusively on the tension between Black Panther and Namor. The rest of the cast is sidelined as the two beat each other bloody for the majority of the issue.

The hatred between these two characters has been building for almost two years now, but a double-edged sword lies in the fact that the two characters have more than one gripe with each other. It makes the fight more layered and satisfying, yet diminishes the importance of Namor’s decision last issue. Black Panther has been itching to punch Namor since issue one. The fact that Namor blew up a planet against the team’s will should resonate with the entire team, some of which we don’t hear from at all because the spotlight only had room for two characters.

The great thing about the issue is that readers will be able to take sides in a compelling debate over Namor’s decision. It’s interesting to see iconic heroes being faced with moral dilemmas and actually remain unsure whether there’s a right or wrong anymore. Hickman continues to find new ways to address the arguments amongst the team without dumbing down the high concepts of the book and if the last page is any indication, this debate is just beginning.

This title has been blessed with amazing art since its debut so it’s surprising that Kev Walker’s art feels so rushed and lackluster this issue. The decision to have the fight staged in a desert means having absolutely no backgrounds whatsoever. Instead of making the characters pop, the lack of environment makes the whole fight feel very flat and forces sharp-eyed readers to notice repeated facial expressions.

Walker’s Beast in particular is one of the worst ways I’ve ever seen the character depicted, lacking any sort of humanity or warmth that the character is known for and leaving us with an unrecognizable feral version.

Far from underwhelming, New Avengers #22 is an intense brawl between two characters that Hickman has developed brilliantly throughout the series. Fans of both Black Panther and Namor will be pleased. A fight between the two heroes was inevitable and a long time coming but it feels a shame that such a significant turning point for the title lacked the participation of the entire cast.