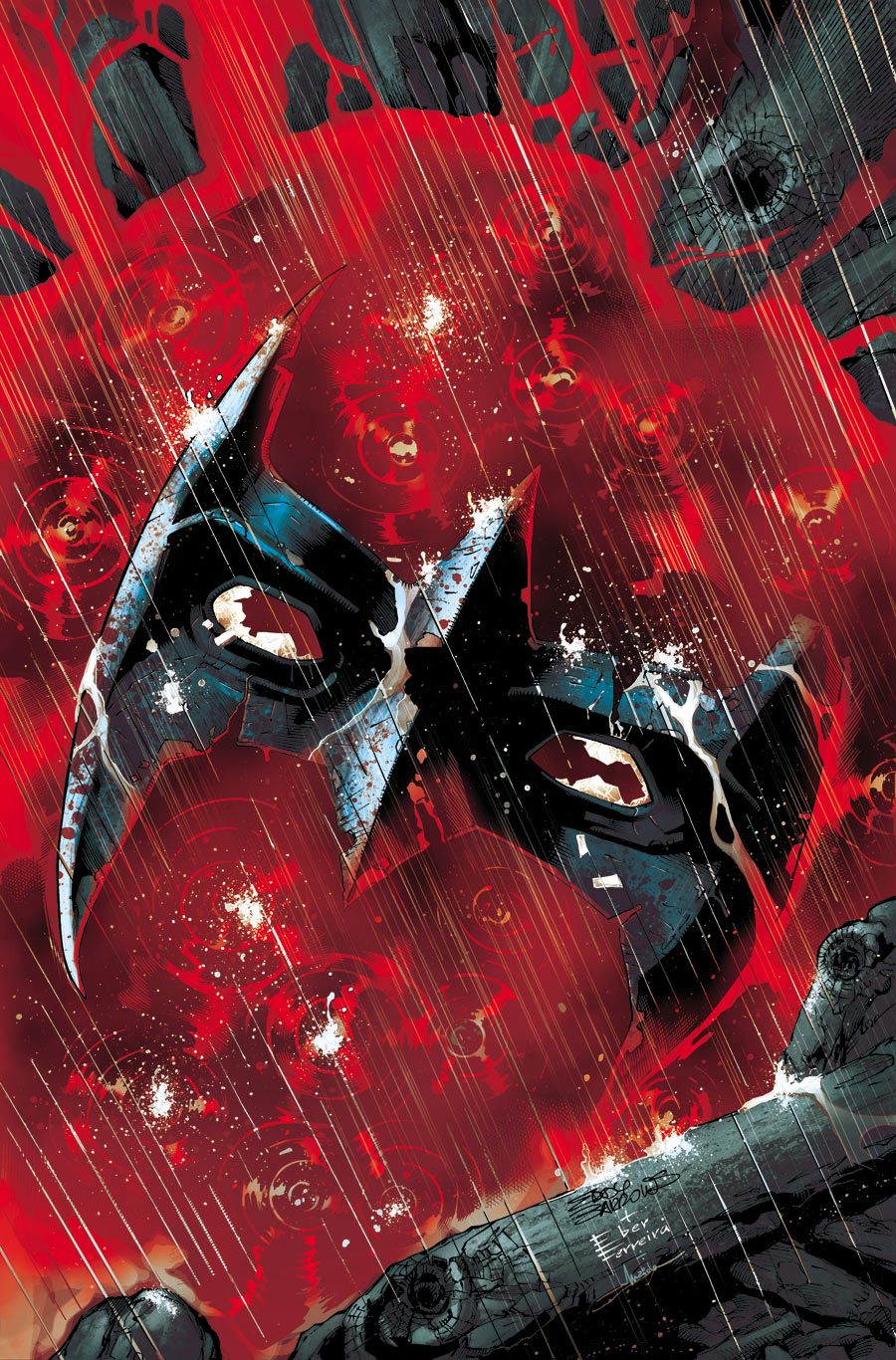 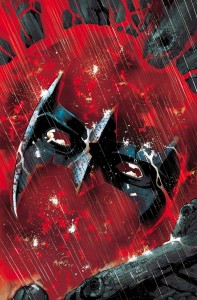 In the wake of Forever Evil, the world believes Dick Grayson is dead, and not to waste the opportunity, the Batman has plans for taking best advantage. It’s the return of Spyral, the super-secret spy organization from the pages of Batman Incorporated, and with them comes a new mission for the man who once was Nightwing! And ready to hand him his future is none other than one of his femme fatales herself — witness the return of that kickass lady with a crossbow, Helena Bertinelli!

Let’s address a few elephants in the room before we get into it, shall we? It’s a bit crowded in here.

First off, there’s no question that this issue could as easily been titled Grayson #0. As a genuine prelude to the new series starting in July, this final issue of Nightwing does nothing to wrap up anything we read in the previous 30 odd issues — which is totally OK. Why? Because Kyle Higgins did that work so elegantly (and to great fan applause) last month. If there was anything left to be said there, I can’t think of it.

And secondly, yes, once again we get the re-introduction of a DC Universe character not seen since the start of the New 52 (although ironically alluded to as having suffered a very similar fate to our Dick Grayson) who does not look like what she did before. Helena Bertinelli — no longer imagined as the Huntress, but still packing a mean crossbow and cross-themed togs — is now dark-skinned Sicilian (or perhaps biracial) and I couldn’t be happier. Like Wally West, DC has brought back a character whose history can easily take to a much more diverse vision of the universe, and if this issue is an early indication of her role moving forward, I’m only going to get happier.

This, of course, is not the only treat writer Tim Seeley has in store for us, as he returns Leslie Thompkins to an extended cameo role and starts us off on what looks to be alternately the most psychedelic and intriguing spy thriller we’ve gotten at the publisher in recent years. The potential laid out here is to be one part The Prisoner, one part Bourne Identity, with a little bit of Alias and… duh… Batman thrown in for good measure. 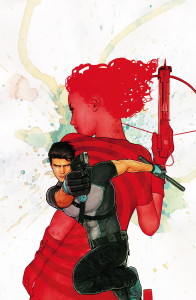 Broken into three parts, handled by three different artists, the issue really sets the stage for Dick’s next big move, giving readers the background on Spyral in the first third (written by Seeley), the farewell confrontation between Dick and Bruce in the second (handled solely by King), and the path to Bertinelli and Spyral in the co-written final part. If part one and three really represent what’s to come, then I’ll be over the moon with Grayson, giving Dick a distinct mission that surely takes him away from what we’ve known, but is very different than what we get to see in a Bat-book monthly. Its uniqueness certainly outweighs the discomfort in breaking from the past.

Where the issue falls apart, unfortunately, is in its mid-section, where the half-naked Bruce and Dick spar with dialogue that just doesn’t feel quite natural, even given the strain of the last two years that’s developed between the father and son. What could have saved the confrontation would have been a little more fan service to those of us who’ve long appreciated Grayson’s… ahem… form, but the heavily-inked art by Lucas, while very well choreographed, doesn’t quite provide. Alas, that’s me talking about what isn’t there rather than what is, though.

Janin’s pages, leading into the ongoing Grayson series, are pure delight, though, with beautiful perspective, exquisitely rendered backgrounds, and exceptional facial expressions throughout. As he is the ongoing artist, and one of my personal favorites, I can’t help but feel like we’re going to be seeing sexy out of both Dick AND Helena in the coming months.

A strong start, a drawn out middle, and a fantastic finish pretty much sum up Nightwing #30, but knowing what we do about the creators involved and their roles in each part, I think we can expect great things out of Grayson #1.