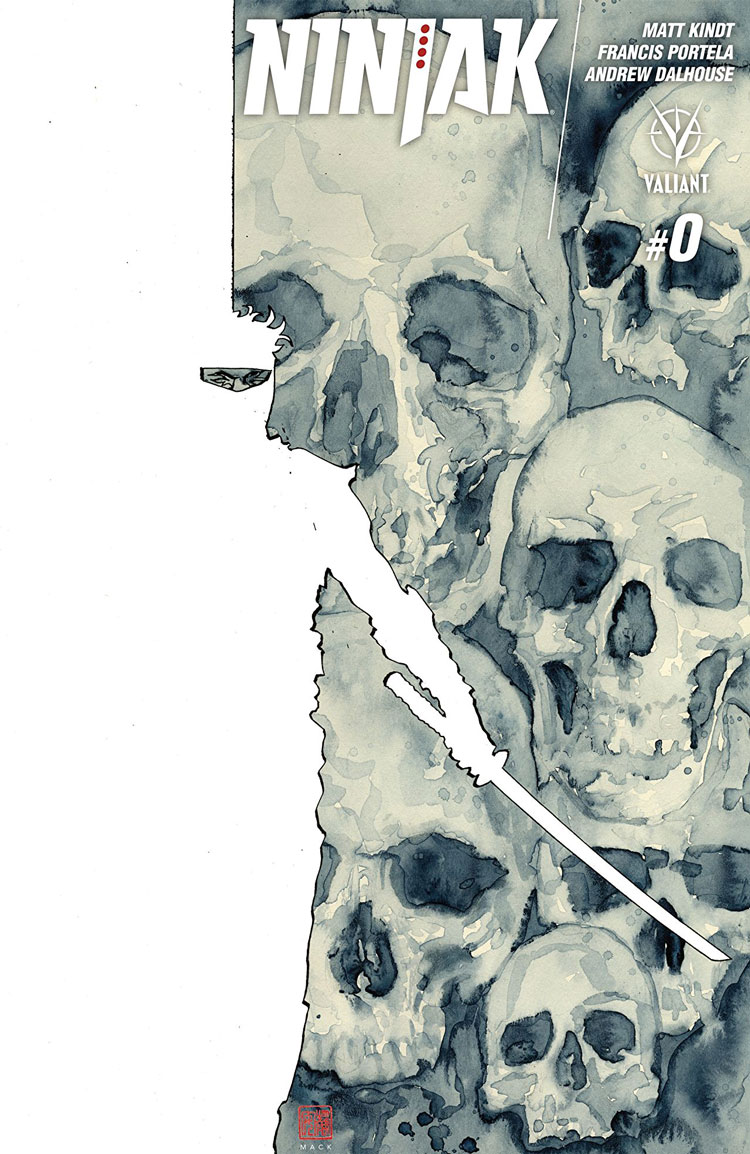 The arrow of time, as well as a literal arrow that travels across each page of this issue, take us on a trip down memory lane for everyone’s favorite purple ninja.

In the tradition of zero issues everywhere, this set-up issue gets us ready for Ninjak handily, as we get two stories told at once, a single mission in the top set of panels, and a narrated backstory below.

Portela’s art is clean and the fight scenes engaging. When one is showing the beauty of a ninja battle on the page, there is a lot to capture. Portela expertly shows both movement and quiet in the violent but efficient conflicts.

The star of the art team is colorist Andrew Dalhouse. Working over this combination of artists, and mixing the tones to flow through both the mission and the flashbacks, Dalhouse raises the level of the entire book. At times, a dark indie look, at others like a classic issue of GI Joe.

As I mentioned, the panels at the top of the page follow one narrative thread while those at the bottom follow another. The flight of an arrow bisects them. I have seen this form used several times over the years, the first being a Byrne/Ordway Superman tale from 1988.

The trick, though, is to weave the two together instead of just stacking panels for no particular effect. This issue is the latter, unfortunately. Better to read the bottom track and when it comes to an end, flip back to page one and choose the other adventure.

As someone familiar only with the concept of Ninjak, though not the stories, I felt at ease. Being gently immersed in the backstory while not feeling either rushed or catching up.