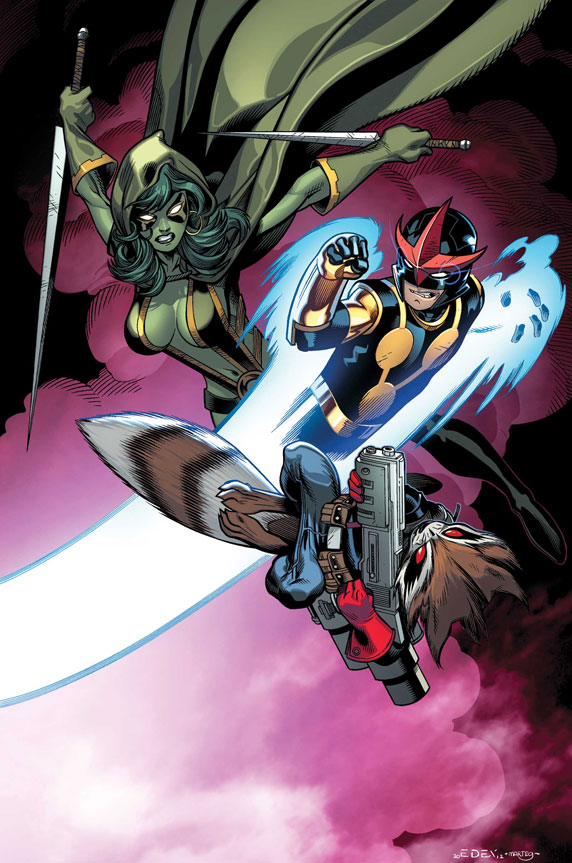 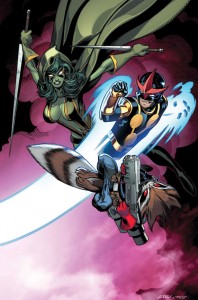 With each and every issue, Nova gets more interesting.

Marvel Cosmic is storming back into the industry with a frenzy, and while Guardians of the Galaxy is getting the bulk of the attention with the upcoming film and high profile book, but Nova is proving itself worthy of just as much attention. With the introduction of a new Nova, Jeph Loeb has opened the series up to a myriad of story paths, and breathed new life into the concept of the Human Rocket. The Nova Corps is Marvel’s answer to the Lanterns over the fence at DC, and allowing readers to experience this Corps for the very first time, through the eyes of a teen experiencing it himself, gives the book a fresh and accessible feel. This is a comic that I would be comfortable handing to anyone and not worrying about them being lost in the material and mountains of continuity. Issue #3 propels the story forward quite a lot, with a surprising amount of humour as Sam Alexander becomes more endearing as this series progresses. Loeb writes him with a lot of headstrong charm, and Rocket and Gamora are the perfect foils for this daredevil youngin’. I applaud Loeb for making me actually care about what happens to this kid in only 3 issues, while still giving readers break-neck speed and action that would be expected from a title like Nova.

Loeb’s long time partner in crime, Ed McGuinness, provides excellent art to go along with the fresh and fun script. His pencils are slick and polished, the perfect style and execution for the story being told in this comic. You can practically hear and feel the sonic booms when McGuinness is penciling Nova moving at high speeds, and he depicts the humour in the script very well while keeping this book from becoming pure comedy. Dexter Vines’ inking and Marte Gracia’s colours are superb, giving this book the intense amount of energy befitting a teen now in possession of a slice of the Nova Force.

We already know the Loeb/McGuinness era of Nova won’t last forever, but I’m going to hold on to these pages fiercely while it lasts as this is one of the best comics to come out of Marvel NOW!