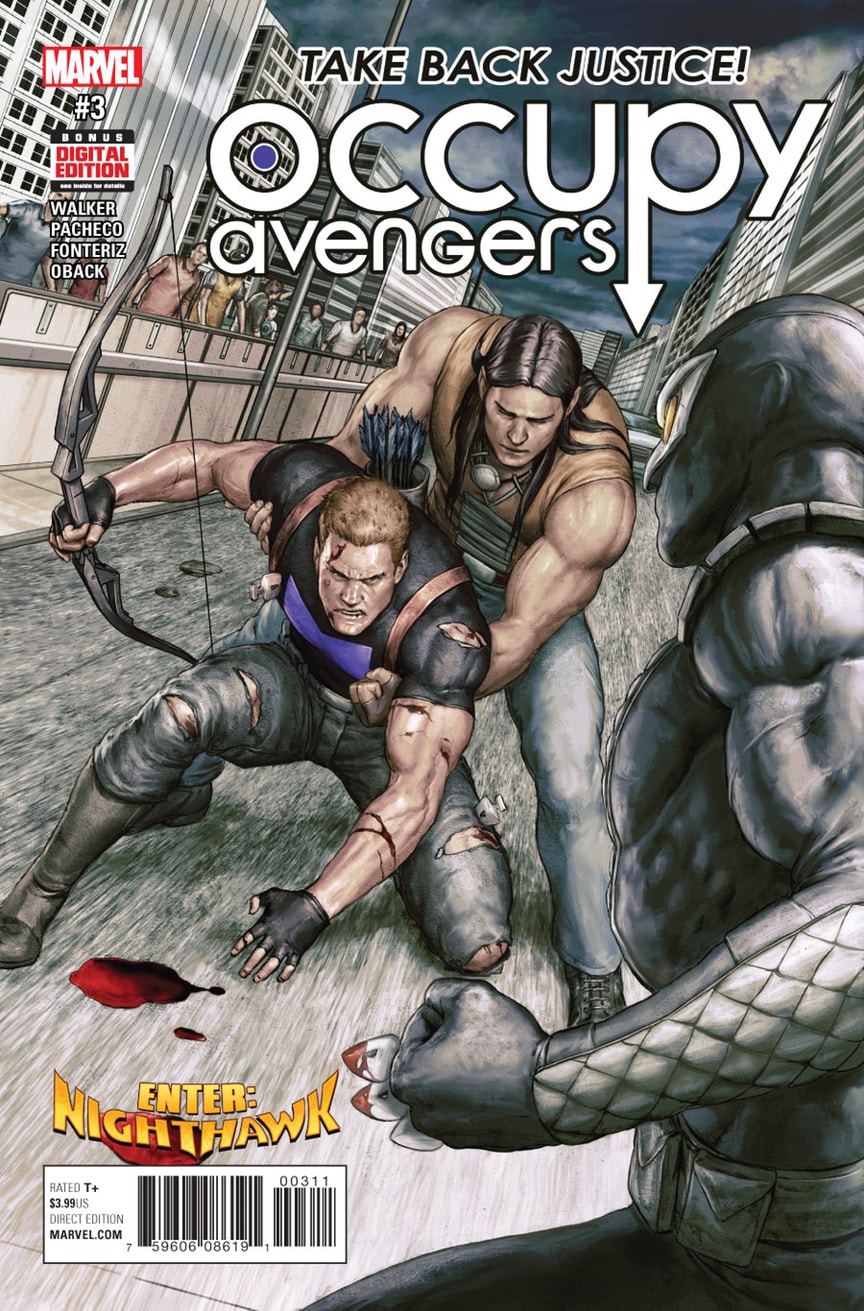 Sometimes, it’s not everyone else that’s the asshole.

Clint and Kyle have some bad blood. Red Wolf is not one to stand idly by and breaks up their conflict, giving a chance to fill Kyle and Tilda in on their current plan. After a trek to a seemingly abandoned factory, the group finds out that they are in the crosshairs of one of Marvel’s most elusive figures.

Occupy Avengers has taken an interesting turn in that Clint and Red Wolf’s current mission is less motivated by social problems akin to those in the previous issues. The elements of the preceding two stories were a strength for this series, so I’m curious as to what the current story will turn into. It almost felt like its own number one issue, which is interesting and seemingly rare choice from a storytelling perspective.

My favorite part of the issue was the interplay between the characters. Their motivations are all different and their personalities work together to blend Clint’s sarcasm, Kyle’s serious tone, Tilda’s blunt humor, and Red Wolf’s steadfast nature. I don’t know if this will end in them all becoming a team, but it is certainly a great start.

David F. Walker’s work with Tilda and Kyle before are apparent and I like his handle on each of the characters. However, there were times the issue felt heavy between the regular dialogue and Clint’s own thoughts. There’s a lot to wade through, which can be challenging, and the story felt much longer than it really was.

Carlos Pacheco, Rafael Fonteriz, Sonia Oback, and Wil Quintana illustrate with typical superhero fare. The best effects though are in the action sequences. There are some lovely parallel images that convey movement and important emphasis. Oback and Quintana help with dark colors that permeate the entire issue, matching the tone of the story perfectly and providing a fitting atmosphere.

With a surprise ending, Occupy Avengers is sure to grab your attention. It can be dense with dialogue and narration, and I feel a return to the original mission of the series would have focused the tone of the story. Nonetheless, I appreciate the series, and this issue in particular, for giving a thoughtful look into Clint’s life after Civil War II.