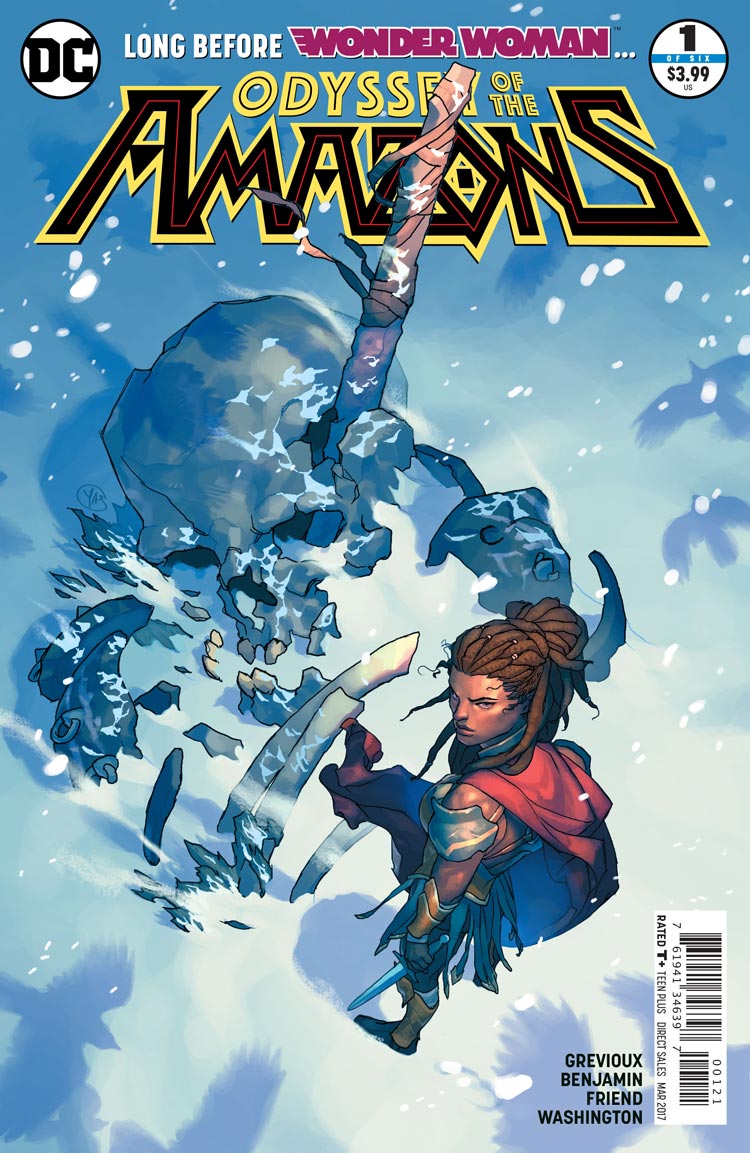 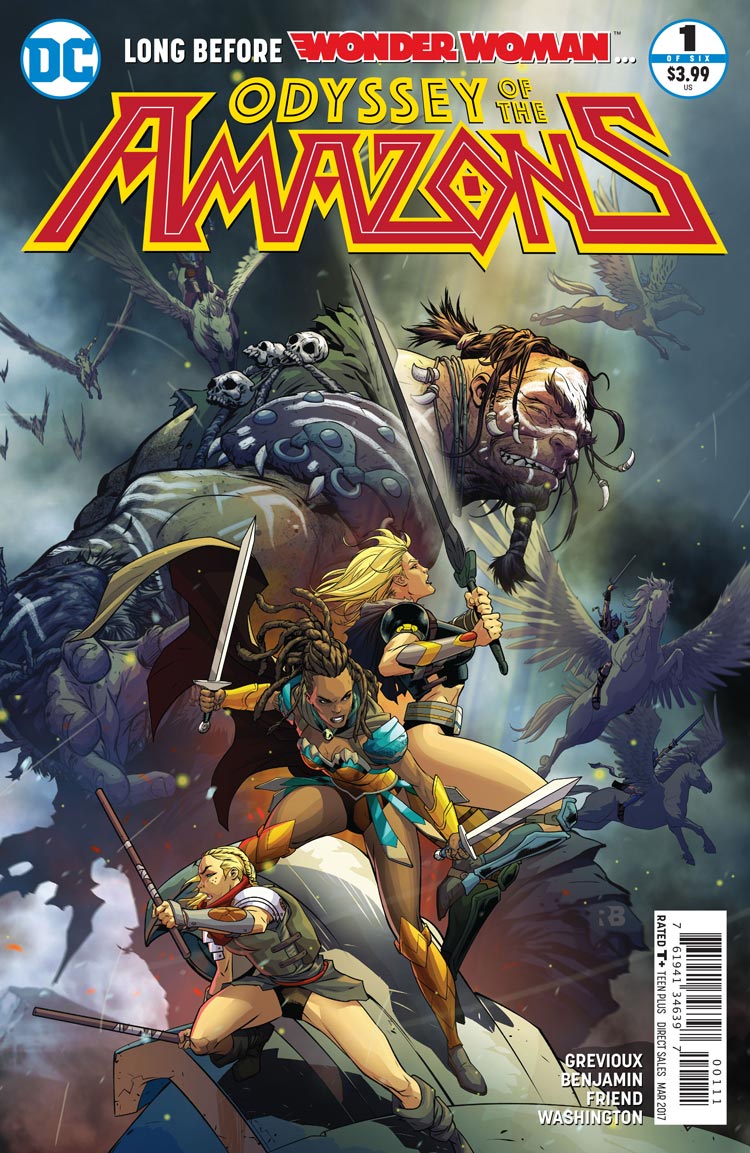 Warriors journey to find their own.

For five years, a group of Amazons chosen by their Queen Hippolyta have scoured the world for others like them. Lead by Hessia, the crew’s latest endeavor is saving a city of people to recruit one of them into the Themysciran ranks. Not everyone is on board, though, and seeds of dissent are sewn as some of the women have their doubts. The intrusion of another pantheon forces the Amazons to take yet another trip, finding themselves besieged by new forces.

Odyssey of the Amazons feels like an epic, and with its context that is valuable. There are relatively few men in the story, which allows women to take the forefront as warriors, leaders, and forces of nature. The Amazons’ personalities mesh the young and naïve with the old and seasoned, but go beyond that to address motivations, desires, and reservations. The core of the women as a family is notable in how they relate to each other, even among the newest initiates.

I absolutely love that this group of Amazons is under the leadership of a black woman. In fact, many of the most prominent women are women of color. This spectrum of races and ethnicities fits squarely in the narrative and its mission, which leads to great references to warriors across the globes and in a slew of different cultures. The range of women is the shining point of the issue and series.

Despite the basis of the story and the women that create it, I felt as though there was more attrition than there needed to be. Amazons are warriors, true, but it seems as though more than half of them are injured, slain, or missing by the end of the series. If this is a story of war, then that makes sense, but so much of the narrative underpinning relies on the struggle of obeying orders and the journey to find people to enlarge a family.

Kevin Grevioux definitely gets the role of intense relationships between the characters, especially those who willingly left their homes for a new chapter in their lives, and I like seeing the interconnections between the women. Yet, I wonder if the loss within the story was perhaps too great to feel close to the characters.

The visuals match the classical Grecian tone that marks Themyscira and its warriors. Many of the colors are shown through a maritime luster, a great parallel to the Amazon’s own trek through the seas for the previous five years, all thanks to Tony Washington and Tony Avina. Ryan Benjamin infuses the style of Themyscira into each character, even those the Amazons found through their trip thus far.

Each of the women’s armor distinguishes them and uses cultural markers which demonstrate their connections to the world before finding out they were effectively immortal. There are some moments however that feel gratuitous and unnecessary, between poses or presentation, especially as some of the Amazons meet a less than favorable fate. Richard Friend adds depth and darkness to match the crisis and dire straits faced by the characters with superb work on inks.

Odyssey of the Amazons #1 has promise, though so much happened in this first issue of the miniseries that I have no clue where it’s going. Some of the elements of the story lend to great twists in later installments, but I worry what is going to be the end of the line considering how few characters it feels we have left. There are major pluses in the diversity of the women, their leadership, and the attention paid to their design, while the reduction of characters and some minor issues in illustration may affect the story. Odyssey is worth a try, and, if nothing else, it’s nice to see Amazons in their own element.