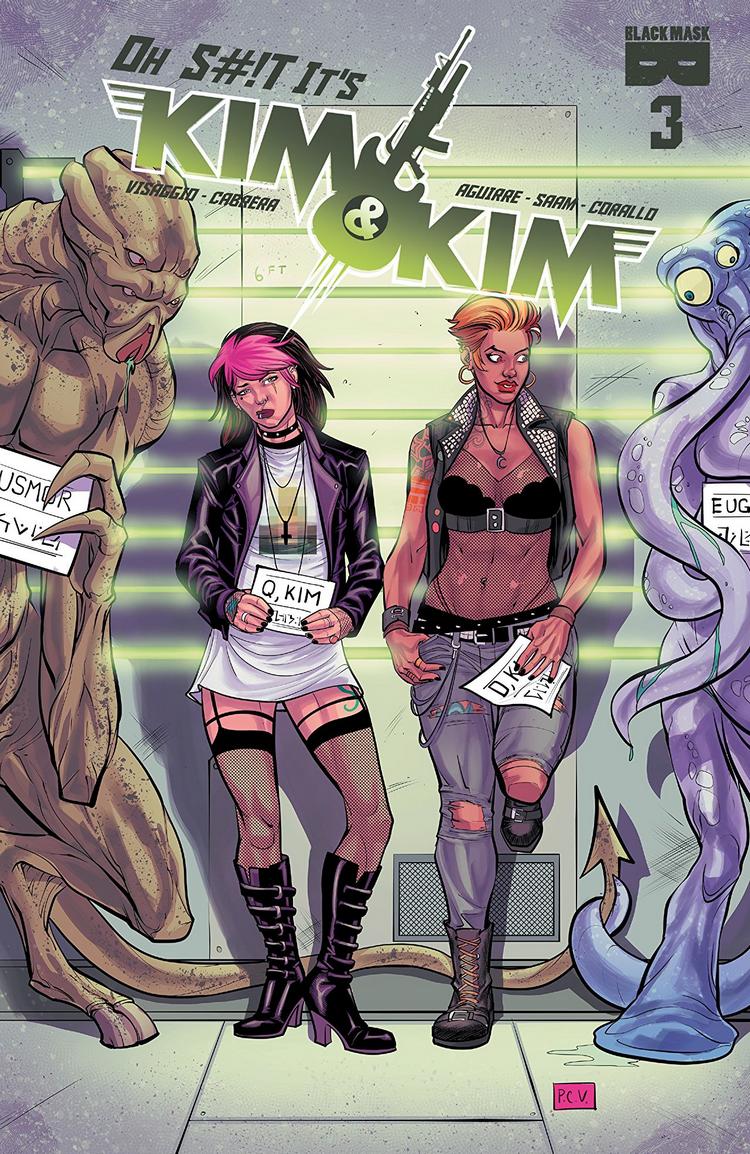 Kim and Kim are trapped on a prison transport bound to one of the most notorious prison colonies in the omniverse! Will they be able to break free before being stuck in prison for the rest of their days? Find out in this exciting issue of Oh S#!t It’s Kim & Kim!

There’s something about Kim Q. saying “I fight to win” that feels so…inspiring. That even though she’s stuck in prison framed for a crime she did not commit, she won’t let anything harsh her good mood, let anything take away her tenacity and spirit. It’s moving.

I also like how this part of Kim Q. is tied to her past, to her relationship with her father. In some ways, Kim Q. would not be as tenacious or as brawl-prone if not for the influence of her father. She would not have had the same fighting spirit without her father nurturing that spirit.

I like that a lot of this arc has to do with Kim Q. and Furious Quatro’s relationship. It’s a very flawed relationship between two people who love each other and can’t seem to see eye to eye on very important matters. While I don’t agree with Furious’ point of view, I think showing how similar he and Kim Q. are is interesting and helps develop what kind of relationship Kim had with him and what impact he had on her as an adult, especially if you look at how Kim Q. and Furious devise and execute plans.

I love that it’s Kim Q. seemingly getting into random fights which saves the day. Not even Kim D. imagined that Kim Q. was hatching up a scheme to get out of prison this whole time.

I love the tattoos both Kim D. and Kim Q. have. I’ve known they’ve had tattoos, but you really get to see some of the details of the tattoos in this issue, which I appreciate. They’re nice, subtle touches to the characters.

I love when Kim D. just randomly has a million complicated scientific equations written on the wall and they literally do nothing to help her find a way to break out of jail. It’s comedic and I think the wall of equations is a fun touch to her trying to work through how to escape.

As always, the bright coloring of the issue brings a lighter tone to the comic. Sure, they’re in dire circumstances, but the colors really set a funner, more comedic tone to everything going on around them.

Oh my gosh, please, read Oh S#!t It’s Kim & Kim. I’d highly recommend reading every single story arc Kim & Kim has to offer, but honestly, you’ll be completely fine if you start at issue one of this arc if you wanted to.