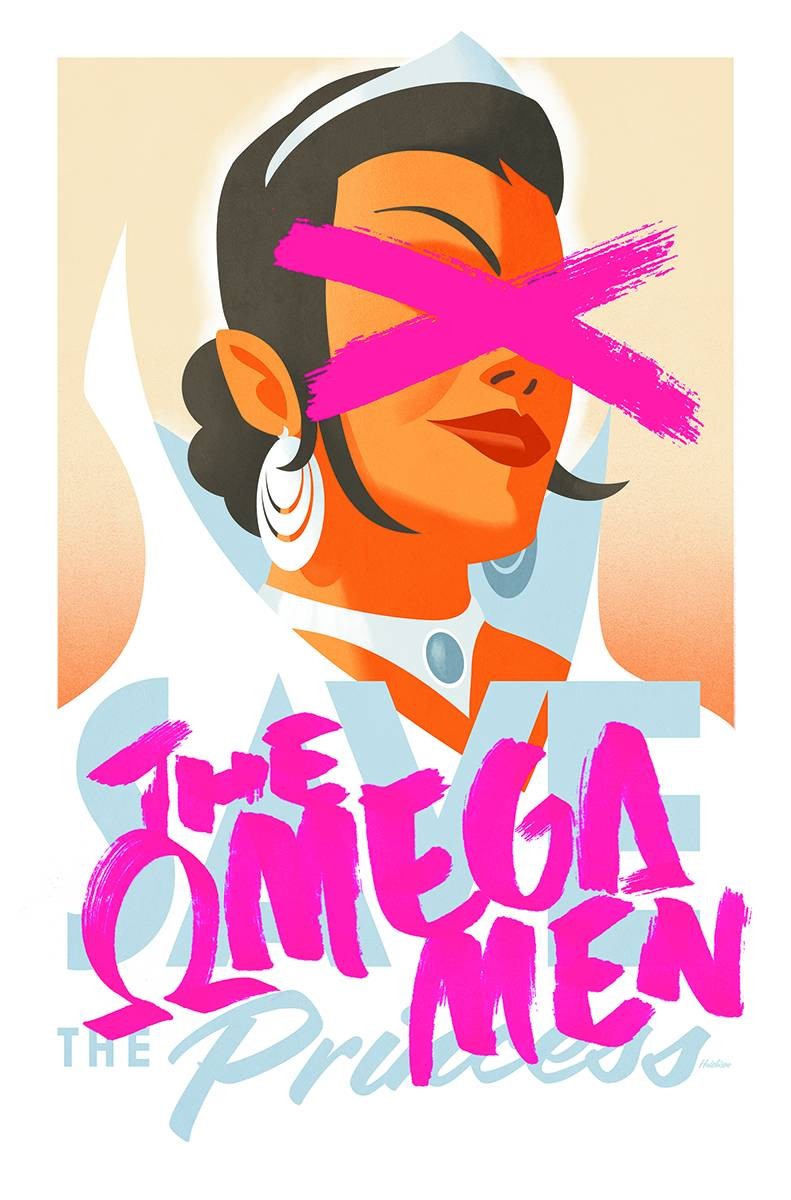 The Omega Men have their eye on their next captive, but she isn’t going to be taken down without a fight. Forget what you know about princesses in a tower. This one is well determined to save herself. Meet Kalista. Now, what’s your name?

There are few things I like more than a series that ends up surprising me.

From a book that I had no intention of reading to one that piqued my interest with its free 8-page preview — and has gotten more and more engrossing with every issue — Omega Men has quickly moved to the top of my read pile, and for more than one great reason.

To start, the art style employed by Bagenda and Fajardo is simply sublime. The gentlemen on pencils/inks and colors/paints, respectively, are creating something akin to those classic Drew Sturzan movie painted movie posters for each Star Wars episode. There’s a romanticism to every page, but it doesn’t detract from the motion of the action. What it does, in fact, is give a sense of lushness to the worlds that the Omega Men inhabit, which is often the opposite of what most space odyssey artists attempt.

So much of space-based fantasy is cold and harsh, but every character and world that we’re encountered so far — and specifically Kalista and her adopted world of Euphorix here — are full of life and death, far from sterile presentations we’ve seen before. And as well they should be. This is a world at war, one barely hanging on to its civility in the face of either oppression or terrorism (depending on who you ask). And so, Fajardo’s painted finishes add that extra layer of emotion and brightness to Bagenda’s angular shape and line — and the book feels so lush for it.

Kalista’s entrance in issue #3 — and her subsequent capture by the Omega Men — is so well constructed by King, as the writer gives her a monologue that sets the tone for her role in the series. The princess is no wilting flower, as she proceeds to carve up a slave under the guise of sword practice. So, once again, there are no characters (save Kyle Rayner) who occupy a black and white/good and evil world. It’s all shades of grey as rebels become terrorists become revolutionaries.

King’s overarching structure of the Alpha and Omega are finally settling into my brain as well, giving the series as a whole a real sense of richness that few such young books can manage. In the course of three and a third issues, the writer has ramped up a world that I cannot possibly imagine putting away now — one completely off on its own, and yet still compelling for its relationship to our world and its faults.

A perfect blend of gorgeous art and whip-smart writing that combine to create a cinematic feast, Omega Men #3 is quite possibly DC Comics’ most dramatic book, and yet the bombs going off are rarely in the air. Our expectations for heroes and villains are being challenged and second-guessed here, and that gives this series a potential for greatness that has already peeked out from the edges. If you haven’t jumped on yet, give this issue a try. You’ll want to rush out to grab the previous ones. Trust me.