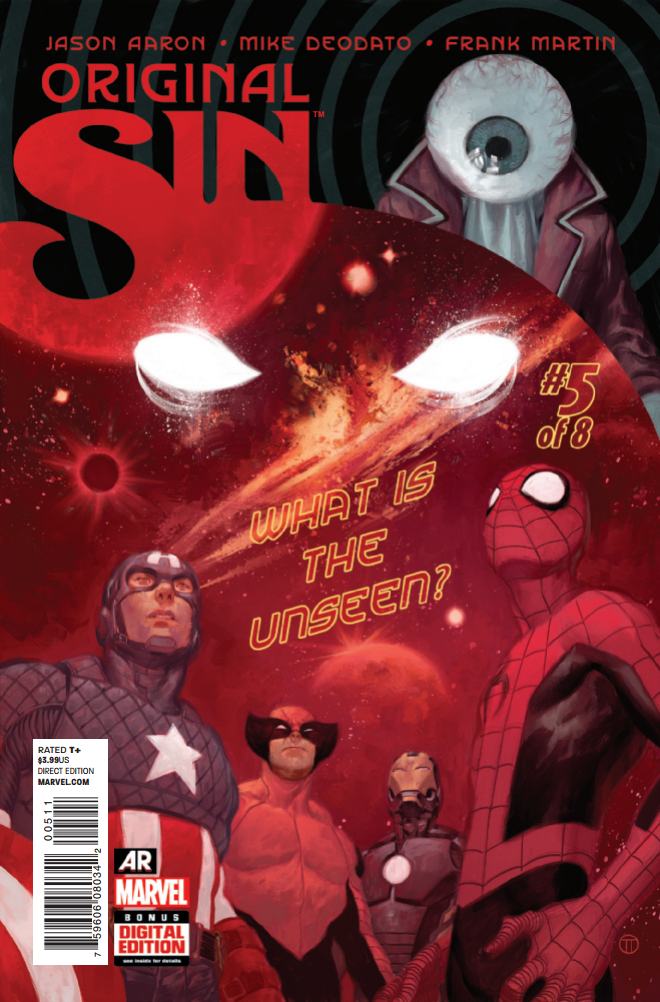 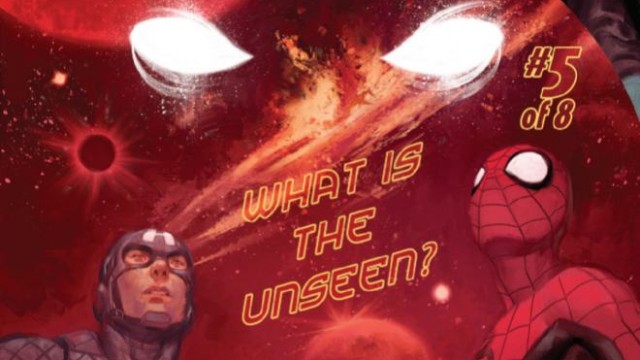 After the somewhat confusion final pages of issue #4, Jason Aaron and Mike Deodato dig deeper into Nick Fury’s past with Original Sin #5.

Jason Aaron shows readers what Nick Fury has been up to for the past five decades or so, answering some of the questions from the first four issues of this series and leaving readers to ask about 500 more. This issue changes the pace of the story somewhat, making this event even more of a Nick Fury-centric story than ever before. This is a stroll down an intense memory lane, so the pacing does feel in a way like it is slowing the event down. I’m not necessarily against that, as Aaron writes Fury very well and it is always hard to complain about a good comic, but some readers may be frustrated by the progression of Original Sin after this issue.

Fury’s secrets run deeper than anyone could ever imagine and Jason Aaron shows the lengths this character is willing to go to save Earth. The situation Aaron builds suits Fury perfectly, and a lot of the pieces that have been question marks in this series simply fit now. The explanations Fury gives within this issue make sense with what readers have see with the black ops teams and this issue does a solid job of making the event as a whole a lot tighter. Going into the final issues of the series Aaron leaves a lot of questions unanswered but he does a good job of tying up some mysteries from the first half of the series. Aaron writing Fury is a match that just works, and this issue’s strength comes from how well Aaron interprets this character.

Mike Deodato’s artwork is rock solid, as it has been throughout the event. He pencils Fury well, giving readers a look at the toughest old bastard they’ve ever seen. Fury’s grizzled nature is captured by his strong pencils and he simply tells the story very well. This isn’t his most jaw-dropping work of the series so far, but considering the events that have occurred in the series to this point, this flashback issue doesn’t have as many shocking events within it. That said, he tells this story very well without relying on cheap thrills to wow audiences, and does a great job of fleshing out the scope of Fury’s past visually.

Readers looking for extreme amounts of fireworks may not find them in Original Sin #5, as much of the issue is a look back at what Fury has been doing for decades. The momentum of the series is shifted, but Aaron plants many seeds for storylines to grow and there is definitely more than enough mystery surrounding this series to keep it going. This is a great look at what makes Nick Fury who he is, and any time Aaron gets the chance to write this legendary character I will be all over it.