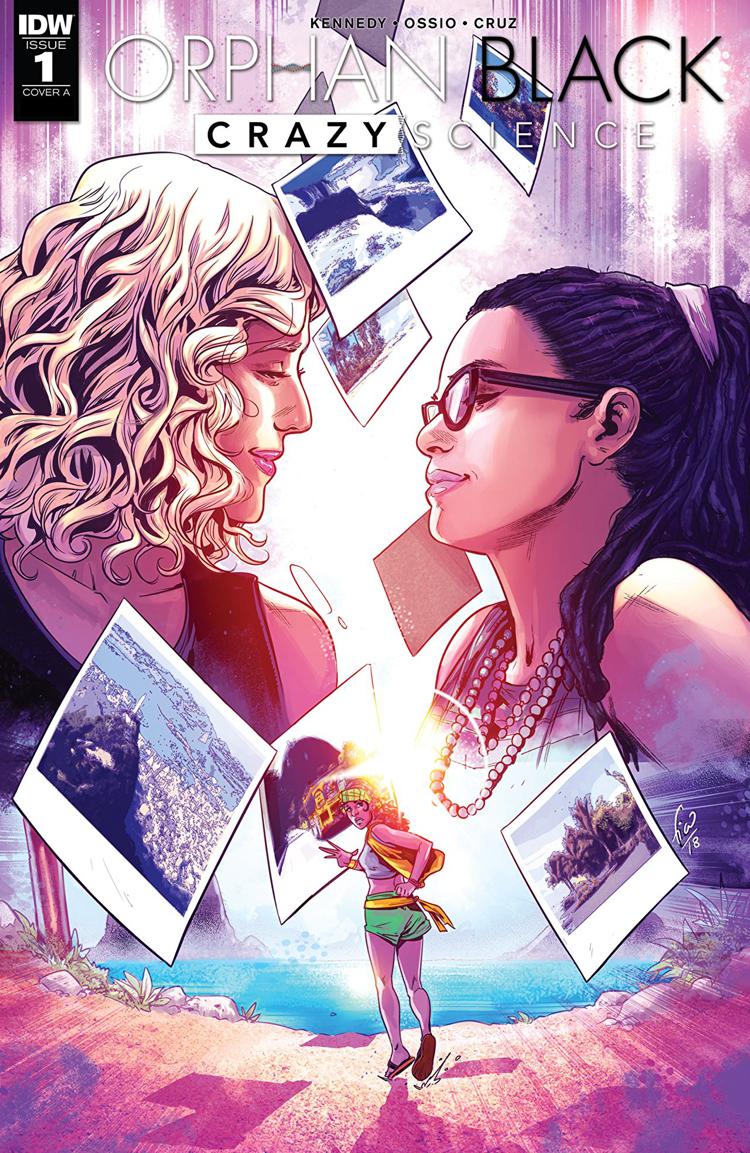 “To getting my wish: making crazy science with you, around the world.” Cosima and Delphine travel the world curing Leda clones of their fatal autoimmune disorder in this new comic series!

Cosima was always one of my favorite clones, so it was nice to see more of her story and how she helped cure the other clones. Delphine and Cosima are my favorite couple from Orphan Black, even if their relationship started in a weird way. I think the redo of the first date is adorable. Delphine having Cosima teach her surfing is so cute. I like that Cosima and Delphine have the time to just sit down and get to know each other now. They don’t have to worry about the neolutionists or some shady organization. They have time to learn about each other’s families, about who they are together without the madness.

I also love that we get to see Krystal again. She’s great and she wasn’t given a lot of time since she came in so late into the television series. It’s nice to have other mediums where she can get more development as a character.

The drawings look very close to the actors and their characters. I kind of wish something was done about Cosima’s dreadlocks, since dreadlocks on a white girl is kind of cultural appropriation, but it’s not like the artist exactly gets to decide to miraculously cut them.

I like the layering of panels in this issue. The use of panels as white space like during the surfing date or as Cosima and Delphine drive to Timbiqui, Colombia allow for splashes without the splash taking all the space on the page. It’s a great use of space and adds to the overall atmosphere of the scene.

I think my favorite page is the Rio de Janeiro Splash, though. A festival goes on as Delphine and Cosima walk through the crowds. A golden dragon dances with purple accessories. A man with a beard and manbun holds a party girl up on his shoulders. A woman with an elaborate headdress laughs at a joke just told to her. A giant crocodile head shaped float holds a man in a purple headdress. The place is a chaotic mix of hues with confetti flying everywhere. This is our introduction to Rio de Janeiro and it is spectacular.

If you liked Orphan Black, you’ll definitely love this comic. It’s a fun start to a series that will probably get much darker, if it parallels the show. I’m not sure if you’d understand the issue if you don’t know the ending of the TV show already, but if you’ve seen Orphan Black and want more clone action, this is a fantastic comic for you.