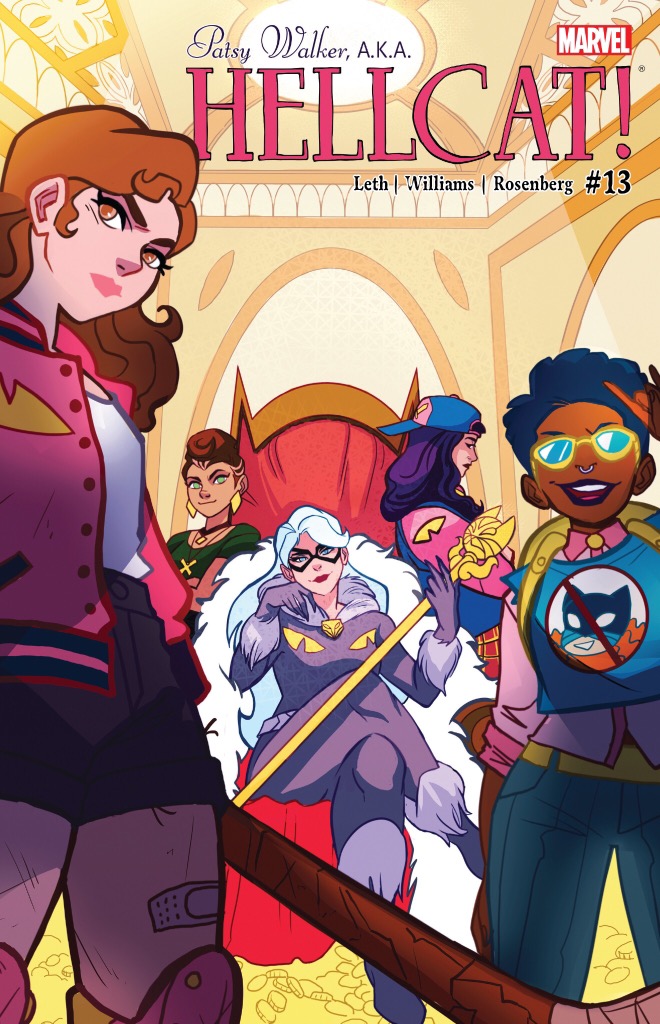 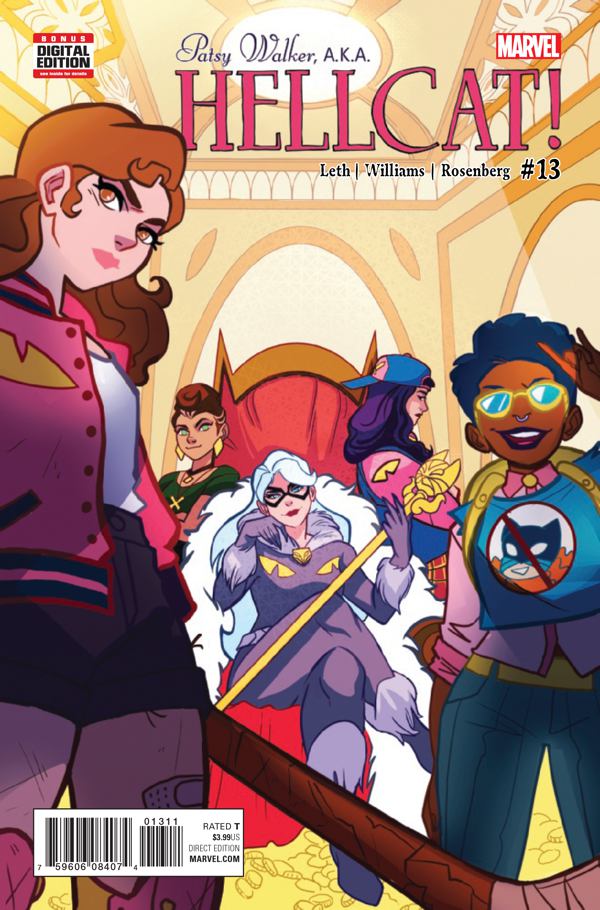 Some issues are easy jumping on points, however this isn’t one of them. Patsy Walker’s cat fight with Felicia Hardy has reached a midway point in the arc. Hellcat’s friends are being magically manipulated to fight against her, after she tries to thwart Black Cat’s burglary plans.

Between the editor’s recap page and Leth’s banter, the story provides plenty of exposition to get the unfamiliar caught up. Patsy doesn’t exactly get the greatest dialogue or speeches, with most being reserved for Felicia. At one point Patsy pulls out 90s phrases that might feel familiar to 30 year old – 90s kids,but throw other readers off. In what can only be seen as an effort to raise stakes, or Patsy being out of practice, she becomes easily injured. It feels slightly disingenuous to the lith superhero, despite not having physical agility superpowers.

The final uncomfortable story beat comes when Patsy smacks Jubilee across the face. It is meant to be a comedic moment, with Jubilee’s vampire side and a supposed bloodlust taken over. However, the quick interaction lacks humor, reading as more of the mean spirited feel from the beginning of the series. It’s such a small piece of the story, it should have that big of an impact. However, when the whole of the story revolves around friendship, saving friends from evil, and “building your own family” it can read as extreme or abusive. Sure, they are supers, stuck in a unique magical situation,that could be life or death. Stakes still read as rather low in the scene, and the opportunity lost to have a better way of dealing with a plot point that didn’t need to happen.

The size of Felicia’s gang might also throw the unfamiliar off about who is whom. That’s not to say the characters are rendered too similar. If anything the opposite is true. Williams and Rosenberg have made each of the character distinct and unique. Per usual, there are not many backgrounds, with Rosenberg’s colors used to provide contrast between each panel. From the start of the issue, panels are sckewed and off balance. It reflects the off balance nature of the fight Patsy is in against one of her friends, who is being controlled. Once captured, and in a holding pattern, the panels go back to straight rectangles. Thy only change again in moments where the balance of power or a shift in who is gaining an upper hand changes. In fact the only page bleed occurs in the end, just when it seems all is lost. With such character focused panels, it’s a great story telling device pushing the reader forward.

Fans who have been keeping up will find a mid arc story that satisfies their Hellcat needs. Anyone trying out this book might feel a little lost, or unsatisfied with few details and lack of clear characterization. It’s a concise and action filled story, that begs for its conclusion to win you over in the final round.