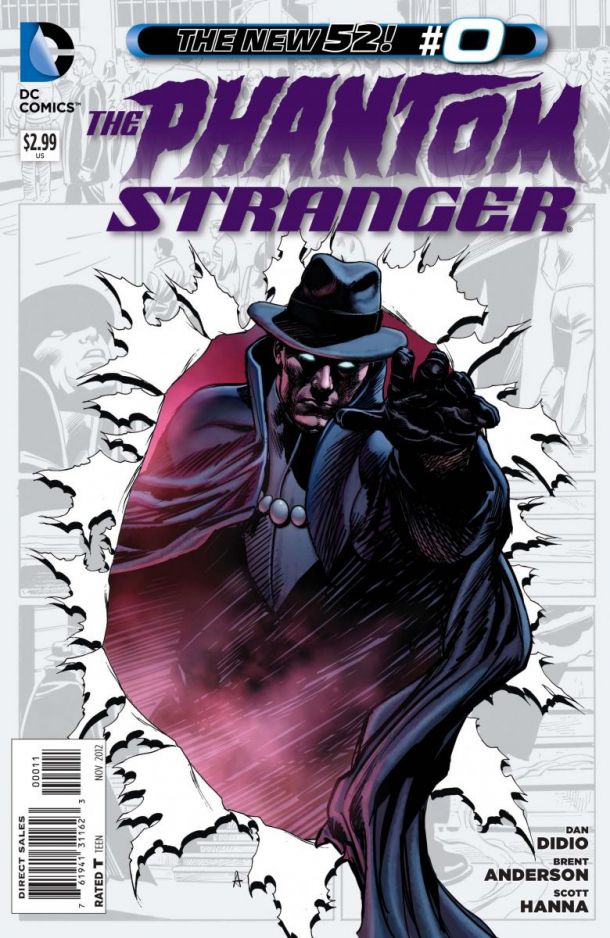 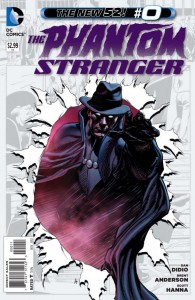 Spinning out of DC Comics’ New 52 Free Comic Book Day 2012 offering comes the Phantom Stranger, one pillar in the mysterious Trinity of Sin. Sentenced to walk the earth for over two millennia— wearing 30 pieces of silver around his neck — for the crime of avarice and the betrayal of his best friend, the Stranger is destined to bear witness to the fate of those around him. But does he have a greater role to play?

The Phantom Stranger has long been an enigmatic player in the DC Universe. From his solo title in the 1970s, all the way through every universe-spanning crossover, he’s been a solitary figure — always watching, occasionally intervening, ever conflicted about his fate. One would think the chief complaint of this issue, then, would be the straightforward telling (albeit without the actual names of Jesus and Judas being mentioned) of his history in such a way as to eliminate that mystery. Oddly enough, I was fine with the solidification of the Stranger’s origin — when it was told 5 months ago in the Free Comic Book Day comic (still available for free on Comixology.com). Re-treading that tale in the first third of this book, even with the new first person narration, seems like a waste. It was more compelling the first time, and in fewer pages.

DiDio is telling a very classic origin tale here, but it comes off clunky and old school when compared to much of today’s storytelling methods. This tale might feel right at home on a shelf with Golden Age compendiums, but would still lack a little bit of the charm those tales still managed to capture. It might be interesting, actually, to read the latter half of this book (the new, seemingly hurried origin of a former Golden Age hero) next to the original tale to see which holds up better.

Anderson’s pencils seem similarly perfunctory, not really capturing the terror, eeriness or danger that this story really could have used to heighten its drama. As it stands, the story just sort of happens on the page — no grit, no grime — it just is. After absolutely loving DiDio’s previous run on O.M.A.C. for its bombastic, jump-off-the-page ridiculousness, Phantom Stranger unfortunately really fell flat for me. And for a book that undoubtedly has important ties to many of next year’s universe-spanning events, the disappointment is easily doubled. Not a great start for the New 52’s Third Wave of titles. Here’s hoping for better next week.

For a completely opposite review (and one that actually makes me want to change my score), check out the latest WeTalkComics podcast at: http://www.wetalkpodcasts.com/wtc-show-49-im-glad-you-do/.