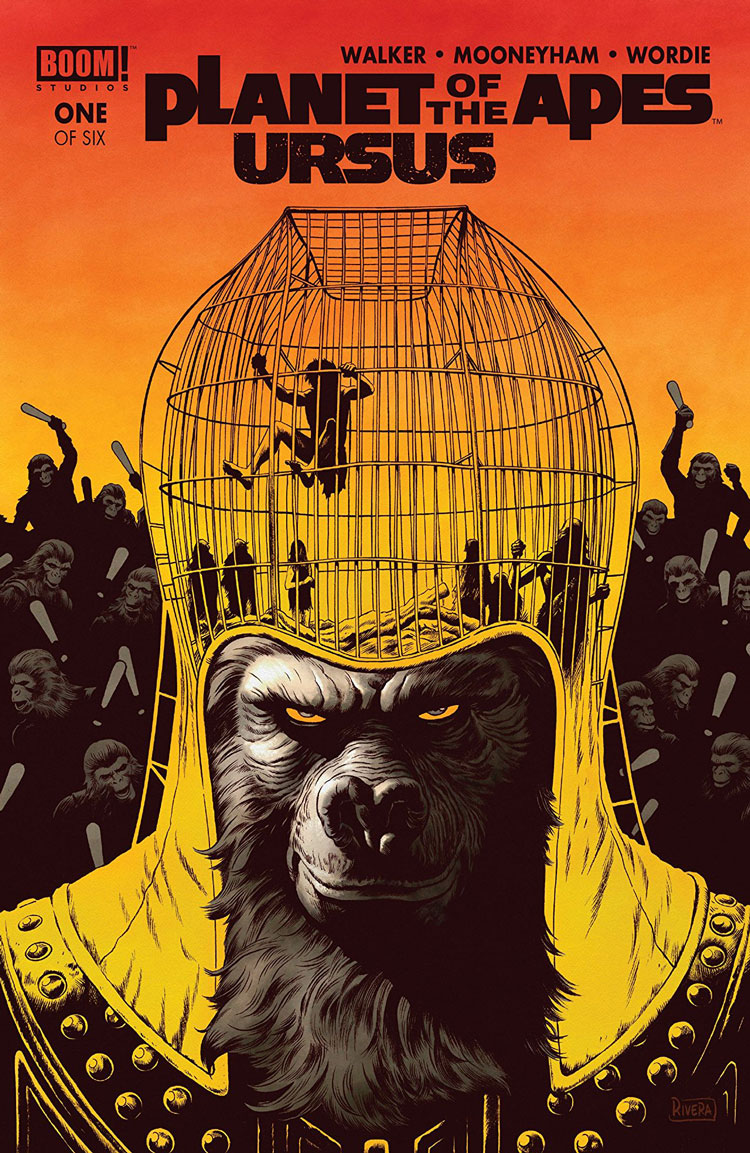 Planet of the Apes loves its midquels.

Without the long narrative gap between films that has led to thousands of Star Wars stories fitting between episodes 4 and 5, Planet of the Apes (POTA) has frequently mined side stories that overlap the comparatively short timeline of the original 1968 film and Beneath the Planet of the Apes. This time out, we follow the Gorilla soldier, Ursus.

Ursus did not appear in the original POTA so this issue corrects that by showing what the head of Ape City’s military was up to during the events of the Heston classic. He crosses paths with several of the other featured players and fills in some side stories.

Mooneyham’s figures and layout put me in mind of the classic Mike Ploog POTA comics of yesteryear. He captures action and movement and has a good eye for the right moments to frame. Even sections of the story featuring a lot of dialogue and two characters sitting in a room include well-framed panels to keep it from becoming static.

There is a very interesting art and color choice made to set apart flashback scenes later in the book. The color takes on an almost colored pencil look to the texture and is extremely effective.

The most interesting spin added to this story is a racial subplot tied to Ursus’ discovery of the black astronaut, Dodge. Walker draws attention to the 1968 film not having any other black actors as the human extras, and uses this as a wedge to create a new area to explore. I found it an excellent angle to bring in a new element, while drawing directly from the realities of 1960s Hollywood. It also plays to the long tradition of POTA as social commentary.

There is one downside to how heavily covered this small bit of POTA continuity has been, and that is repetition. If you have not read many of the various tie-in comics and books, you will likely get much more out of this. Having devoured as much as I could find over the years, I will be on my third or fourth variation on the Landon story. I’m not docking any marks for that, of course. I think the storyline presents interesting new ideas so far and I very much look forward to the rest of the series.