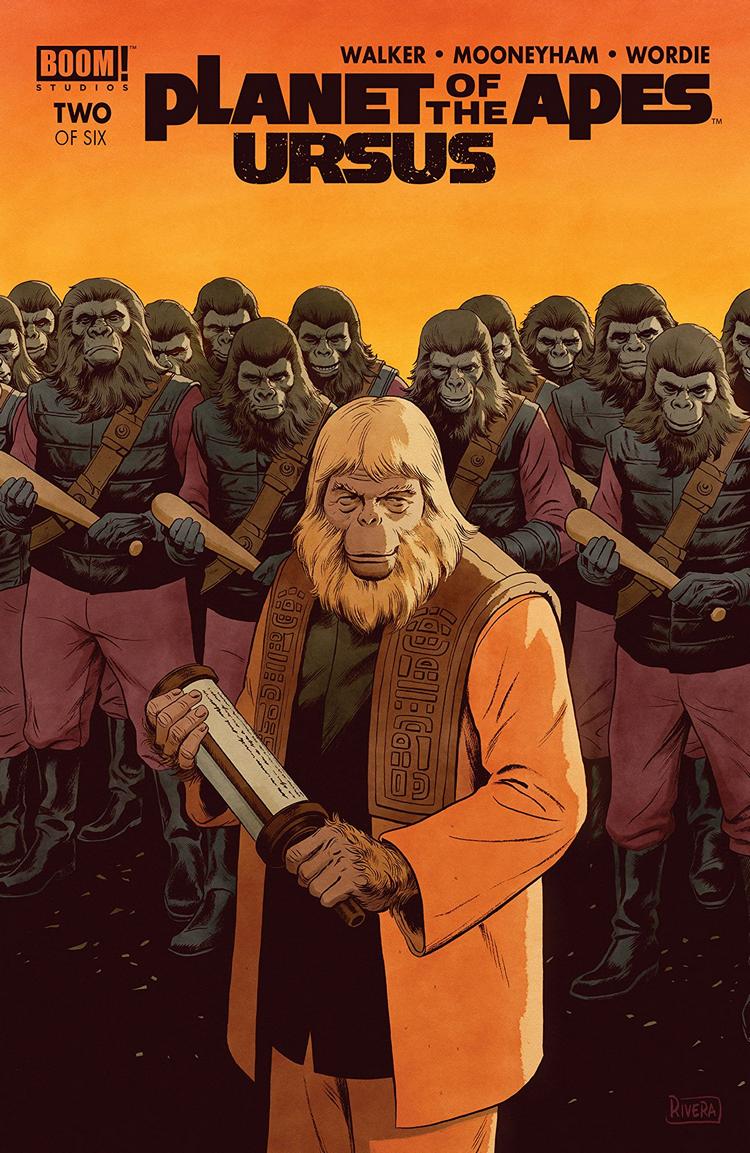 Ursus, the military commander of the gorilla forces, has hunted humans his entire life. But now he faces the most threatening human he could imagine, one that can talk!

Ursus was introduced in Beneath the Planet of the Apes and in this series, we see what he was up to during the events of the 1968 Charlton Heston classic. And what he is up to is mainly killing humans.

This time out, we see more flashbacks to Ursus’ youth and the root of his hatred of the human infestation. As well, we learn more about his long history with the ape leader, Dr. Zaius.

Mooneyham continues to turn in excellent work on this series. His layout choices add a great deal to the story, alternating from wide open shots to action to a tight grid. All of the Apes have distinct looks and are easy to keep clear as we switch between time lines.

The color and art used for the flashbacks is inspired. The ‘present day’ pages are what one would expect, but the flashbacks use a lighter ink and an almost coloring pencil look, feeling more like etchings than art.

Wordie is the star of the show on these pages and adds significantly to the look and feel. The art team shines in the textures they bring to the page.

Dukeshire has a lot to do in this issue, keeping the reader’s eye under control in some very frenetic layouts, particularly early on. When the astronaut, Landon, is interegated, Dukeshire makes some subtle changes to the font size and text-to-balloon ratio to convey the terror the human feels confronted by the world of apes.

This continues to be one of the strongest POTA comics ever put on the shelves. A terrific midquel to the original talking apes film and developing into a fascinating character study of the most malevolent of apes.