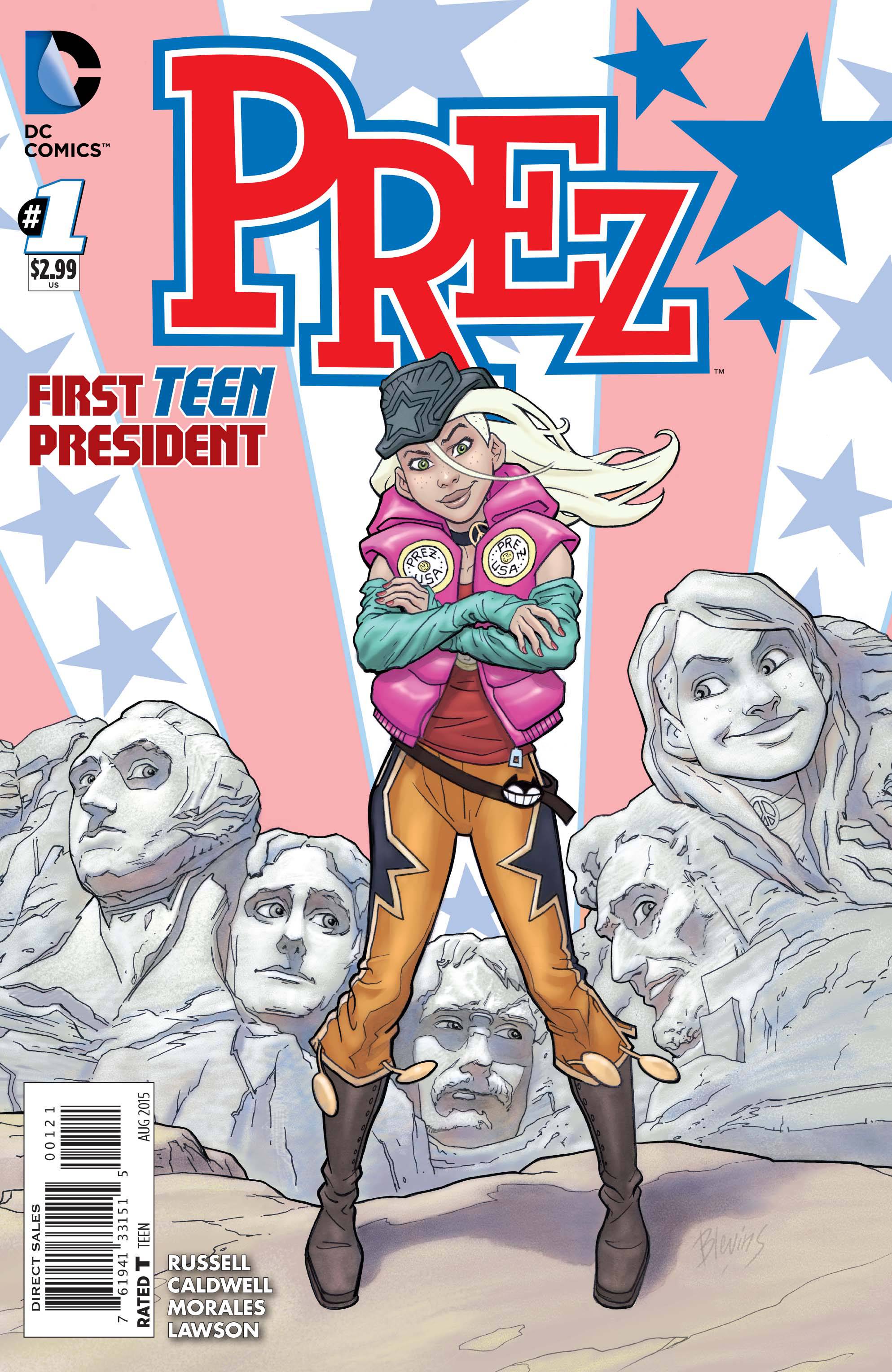 The year is 2036 and the pickings are slim for presidential hopefuls. Media is simultaneously democratized online and become falsified entertainment at the corporate level. Health care is prohibitive for the working poor. Congress is trying to limit what food stamps can be used for.

Welcome to a world where a 19 year-old corndog fry cook can become President of the United States. And honestly, she’ll probably do a better job than the alternative. I’d like to say that Russell and Caldwell are crafting a future that’s just outside believability, in the great tradition of all politicized science fiction, but it’s just not true.

They’re sending up our world. And it’s pretty damn smart.

Russell really spends the lion’s share of this issue grounding the reader in what the future looks like, the political players involved, and the intricate details that, while unique, are not beyond the realm of believability. As a primer for what appears to be a political thriller, you can reach the end of issue #1 and feel like you have a grip on the landscape and are starting to see how a woman like Beth Ross could become a pawn of big business.

The real trick, of course, will be in elevating Beth to the role of “force to be reckoned with” and we’re not quite there yet. What we do get from Russell and Caldwell is a compassionate young woman, whose father is suffering from a debilitating disease, with their only income being the check from her fast food job. The team does a good job upfront of humanizing her beyond being a YouTube sensation, however inadvertent, and enough to make me believe that she’s worth following into what happens next.

Caldwell’s art here is crisp and clean without losing its sense of youth and spontaneity. Compared to the eight page sneak peek released early last month, readers will likely feel, as I did, that this issue has a greater sense of completeness and polish to it. The secret CEO meeting in particular utilizes some nice textural differences between the line art and the participants’ digital masks, giving the end of the book even more of a sci-fi flavor.

With pages filled with logos, television fanfare, and digital representations of internet excess, we can already feel the line between reality and virtual existence blurring — much as it already has for a lot of us. Lawson’s colors finish off the book spectacularly, in that regard, making both existences seem as surreal as the other, and giving us a future quite the opposite of the usual trending post-apocalypse. 2036 is bright, clean, not sterile — just MORE. And it adds to the story’s effectiveness as an allegory that really isn’t.

Prez #1 is only the start of Beth Ross’s journey to the White House, set still well before the eight-page preview we’ve seen, but with a bunch of background and some sinister set-up, Russell and Caldwell have us off and running. Another female-led title this week that stands far apart from the expected and what we already have, Prez is most definitely the book to watch in the next few months.