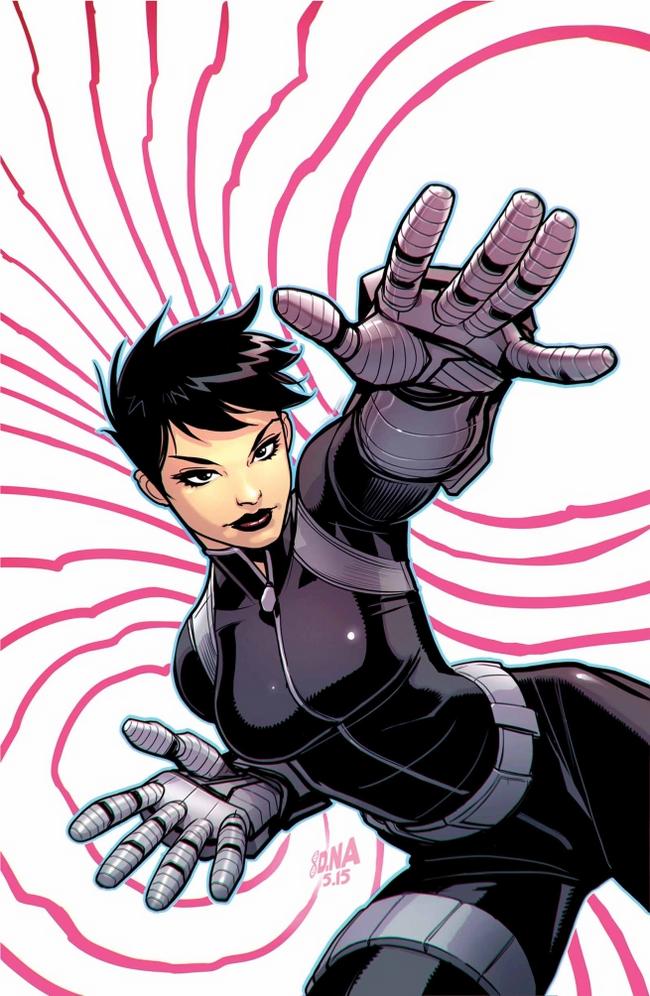 I’ll admit to not being extraordinarily pleased with Marvel’s recent Daisy/Skye revelations. To me, this move seemed like a way to get the best of both the TV and comic book worlds, without tying things together in any meaningful ways. However, if Quake #1 (as part of the 50 Years of S.H.I.E.L.D. celebration) is any indication of what’s possible with this character, I’m going to go ahead and jump onboard. And I mean, way, way onboard.

Matthew Rosenberg and Patrick Kindlon with art by Daniel Warren Johnson and Jason Keith on colors bring the heart of their titular character to life in this one-shot. This issue goes back to a time before Avengers (2010) #20 (as noted in the informational page) to show how Daisy gets called up to the big leagues on her first mission with the Avengers. Rosenberg and Kindlon provide just enough information to make readers unfamiliar with that particular Avengers run feel like they can jump into the story. The team is introduced in a well-written and goofy manner, the mission easy to grasp, yet planted firmly in an intriguing Inhumans-related event. Really, this issue is a well-grounded and solid introduction to a character who has simultaneously been at the forefront of S.H.I.E.L.D., yet shrouded in mystery due to recently unfolding events.

For me, the writing of this issue is the strongest point. The dialogue captures the voices of the Avengers without making them all sound like stereotypical superheroes. This doesn’t just feel like an Avengers and Daisy story, this feels like a story that uses the Avengers and their unique characteristics to let Daisy’s story unfold organically. The plot and dialogue let readers understand Quake using our familiarity with the Avengers as structural holds, and that’s smart and efficient story-telling. This issue had big plot concepts with some really wonderful small moment details, something that doesn’t always come across strongly in superhero books. I really enjoyed, for example, Captain America experiencing a nasty baddie spit-up shower, something that you should now be intrigued enough to go read yourself. Do it. Or spit-up shower for you, too.

Daniel Warren Johnson is truly fantastic when it comes to portraying action. I really loved the battle scenes and depiction of powers on his behalf. The movement is really easy to trace, but also detailed enough to keep your attention in each panel as well. The characters are bold and full of life and work to propel the story forward under Johnson’s imaginative hand. However, I was sometimes thrown-off a bit by strange facial expressions and weird proportions of heads. The art was fun, no doubt about that, but Daisy sometimes looked a little off. It’s a daring and strong style, and not something that is inherently bad, but there were a couple of panels that caught my attention. I will say this: the art in no way detracted from the story. If anything, the unique style and often uncharacteristically characteristic approaches to certain members of the cast gives this book a unique and entertaining look. On top of that, the colors are beautiful; there are some really nice-looking blues in this book. Colors are solid and consistent and really help direct attention where needed.

Marvel’s S.H.I.E.L.D. Anniversary event has been much better than I anticipated, with the thrilling Mockingbird #1 issue last week and the treat that is Quake #1 this week. My guess as to why these books have been so much fun? They have stellar creative teams who really took the time to get to know these characters, offering an introspective and beautiful look into their stories. Excellent effort, outstanding execution.