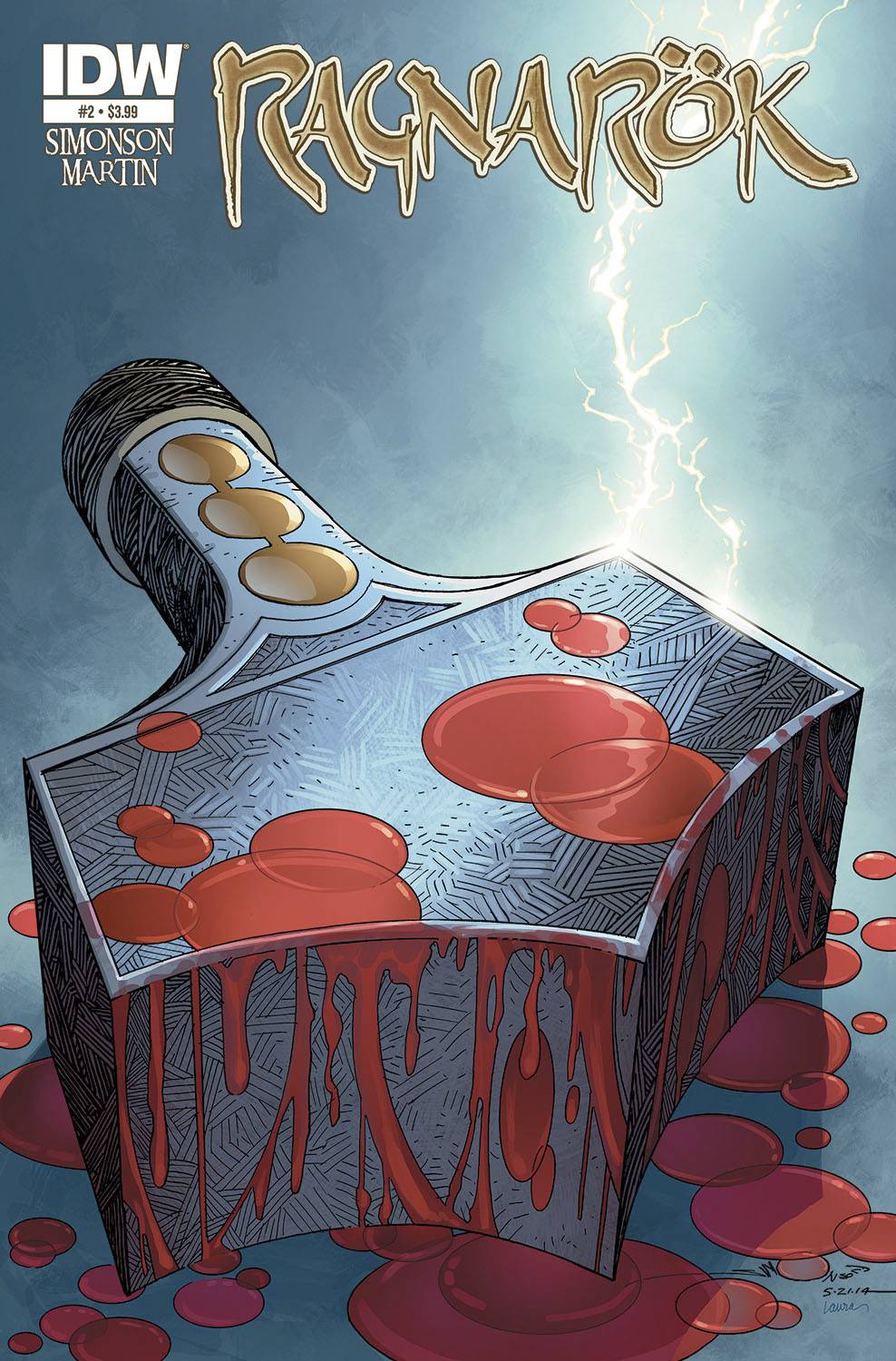 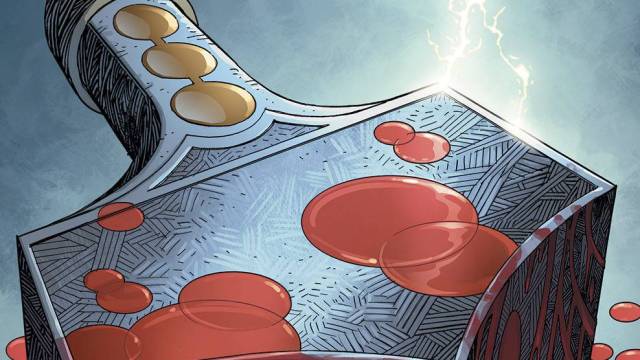 Ragnarok #2 continues Walter Simonson’s post-Ragnarok epic. The world lays in ruin from the final clash between good and evil. The Gods are dead. Hel is split wide open. Evil runs the world. Overall, not a great place to live.

This issue follows Brynja and her band of Assassins for hire into the tomb of an ancient god, a chained up withered husk of Thor. They fail to kill the Thunder God instead merely free him from his chains. The undead Thor is free to walk the ruins of the Earth again.

Walter Simonson plays to his strong suit in Ragnarok #2. The writing is full of imagery and prose that Simonson is known for. Given the post-Ragnarok take on the world and the use of Thor, the comparison to his Thor run is impossible not to make — and that is okay. The premise of Ragnarok sounds like “The Last Thor” story idea that didn’t get greenlit.

The similarities are merely on the surface, though. Ragnarok features heavy use of Norse Mythology and is centered in a world that is truly of the Norse. There are no other superheroes present. There are no modern structures lying around. The world of Asgard is not a sci-fi fantasy landscape like Marvel’s Asgard. The world of Ragnarok is the world of pre-Christianity Northern Europe.

The world Simonson has built is familiar to his fans and will draw in readers of his Thor run. It is different enough that it doesn’t feel like reading a fanzine take on Marvel’s Thor but instead an original epic that is worth exploring.

Simonson paces the story in dense packets that has made the past two issues feel like major stories on their own right. Ragnarok #1 focused on the journey to the tomb of Thor. Ragnarok #2 focuses on the revival of Thor and how he dispatches the Assassins with ease. A lot takes place in the issue but nothing feels under-served or rushed. It is carefully paced to provide the correct impact for each moment.

Simonson delivers the artistic goods to Ragnarok #2. Everything is dynamic and powerful. The character models do show variance and the art direction is delightful.  The amount of detail Simonson puts into his work is face melting. The potential drawback for some readers is that this is pure Simonson. The art features heavy use of lines — some to show detail, and others to just provide texture. This is off-putting to those who are not a fan of his more recent work but those are likely not the ones that would pick up Ragnarok.  This comic is for his fans and it shows. He goes all out in designs and technique, and in return it is a joy to read.

The layouts are fairly straightforward and help the flow of the comic. Simonson utilizes a unique device during the brawl sequences between Thor and the assassins. The device functions as a kill counter whenever an assassin is vanquished. Simple head shot crossed out when a man is killed. It helps the reader keep up with the swath of destruction and provides a break in the panel flow that works well.

Overall, Ragnarok #2 is for Simonson fans. It is a Norse mythology tale that features an undead Thor. What is there not to like? The story is interesting and shaping up to be an epic is scale. The art is full of detail and highly energetic. The drawback is that the reader may be off-put if they are not a fan of Simonson style. With that your mileage may vary.