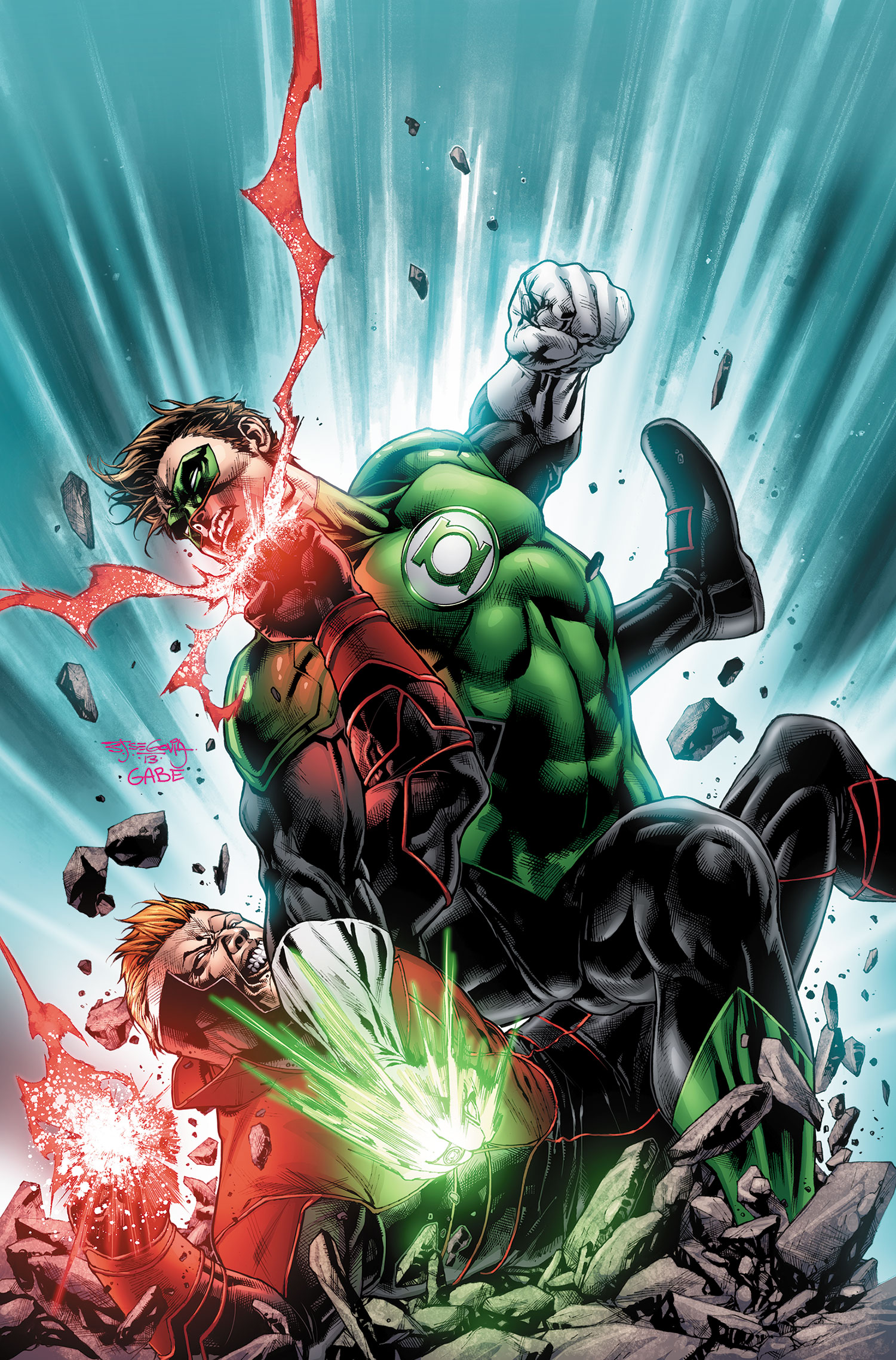 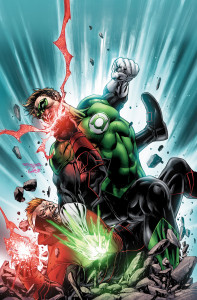 Charles Soule brings the Red Lanterns into the Lights Out fray and keeps the series driving forward at breakneck speed into the finale. Soule nails the tone of this issue, weaving the crossover into the title but maintaining the Red Lanterns’ voice. They are, without a doubt, the stars of the show here and the issue is strong whenever one is on the page. Soule does an excellent job of giving each of the Reds a unique voice, but also the entire Corps an overall feel. This is the rowdy crew. These are the Lanterns who drink and fight and brawl, but are somehow charming because of it. They are gruesome and grotesque, but they are the crew you call when it’s time for a streetfight. Soule has done a solid job of making Gardner fit in with this Corps, and in this issue he is pure Red Lantern. This is not Guy afflicted with rage and looking to get away from the red ring, this is Guy taking the red ring and the reins of the Corps, which is very entertaining. For the first time in ages, this issue made me feel the Green Lanterns may not be the most powerful Corps in the galaxy, and I applaud Soule for making that apparent in very subtle ways. These Red Lanterns are not Atrocitus’ crew anymore and that makes them even more wild and unpredictable than before. I got the feeling throughout the issue that going forward, Red Lanterns is going to be the wild child in the Lantern family and Soule plants the seeds for some very interesting situations post-Lights Out.

Alessandro Vitti brings rock solid art to this issue and his style sells the Red Lanterns as the badass crew in the spectrum of ring slingers. His work is solid from start to finish and he brings an immense amount of energy to the title. These Lanterns are absolutely ferocious by his hand, but also calculating and not the bloodlusting mindless fools they once were. He captures their personalities very well, and handles a very diverse cast of characters very well in this issue. His layouts keep the pacing strong and he and Soule have really pushed this crossover into the finale with a lot of energy. Vitti’s artwork is dynamic, full of energy, and brimming with rage…exactly what it should be for this book.

Red Lanterns #24 is a strong chapter before the final issue of Lights Out. The focus on the Reds and their role in this event is strong, which is appreciated because I feared they would be stream-rolled in their own book. Soule & Vitti put those fears to rest and presented a Corps that is incapable of being bowled over and I can’t wait to see what role they will play in next week’s Lights Out finale.