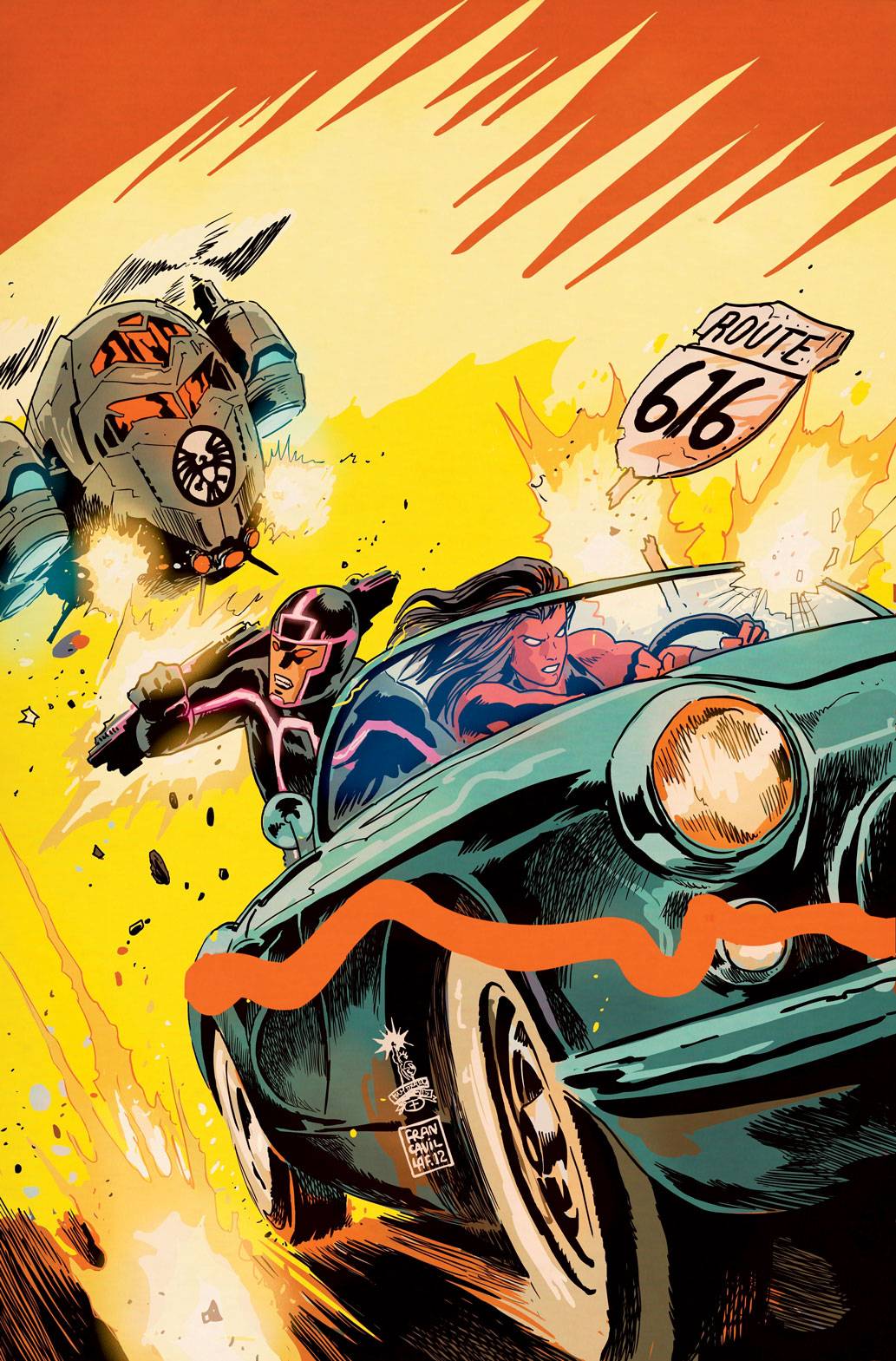 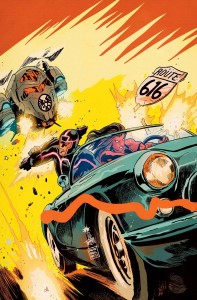 The  previous issue of Red She-Hulk ended with a large panel of Jennifer Walters proclaiming herself a lawyer, making anyone who read it think the original She-Hulk would play a bigger role in this month’s issue. Perhaps she works to show everyone that Betty was acting in self-defense? At the very least, perhaps she can negotiate talks between Betty and the Avengers, after a She-Hulk vs. She-Hulk throw down, of course.

Are any of these things delivered? No, however surprises and laughs still find their way in.

If you’re not familiar with this story, Betty Ross, the Red She-Hulk, is on the run, wanted for murder. Of course, the guy she killed was a super-soldier who was going crazy and attacking people. Now, she’s on the run with Machine Man. That’s all you need, you’re up to speed.

While the previous arc was about uncovering the roots of a bigger conspiracy, so far the new ‘Route 616′ arc feels more like a Thelma & Louise styled ride. Francesco Francavilla’s fun cover shows this as well. Of course, they’re not purposefully committing crimes, more just on the accidental side. And don’t as me if Machine Man is Thelma or Louise. The point is that it’s humorous and interesting, and not weighed down with so much of the darker feelings the first arc carried.

The plot points about a bigger scientific power controlling what is happening, or the dangers of the super-soldiers losing control are still present. However, from Ross & Machine Man’s scene in the diner, to their reaction to being targeted by laser sights, laughable moments abound. This issue gives us more of fun feeling that was felt for only one or two panels in previous books.

Teases from other Hulks continue in the book as well, with cameos abounding. Needless to say S.H.I.E.L.D.’s role in bringing Ross in, as well as the Avengers’, continues to be used as a point of debate and contention. It puts the reader immediately in the realm of speculation of what could happen down the road.

The only drawback was the rather surprising turn the book took in the last few pages. It’s nice to see that the Red She-Hulk isn’t always going to win. However, there is a villain brought in on the last page that just leaves you saying, “Really?” If it pays out in the next issue, than it’s not that big of a deal. However, it’s the kind of plot twist that could go corny quickly. Just have to wait and find out next month.