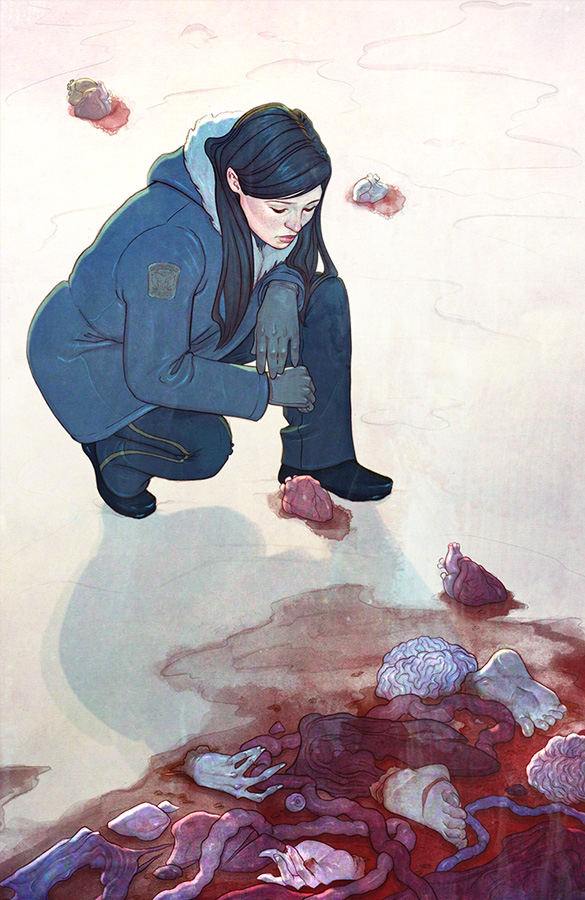 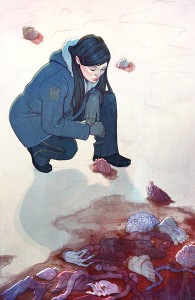 Revival returns with a shift in tone and focus. While the tone goes back to the feel of the first few issues of the series, the focus greatly expands and encompasses almost the whole town.

The book that keeps on giving, every issue seems to add another new twist, character, and mystery to an already loaded story line. Now that the events of issue #7 have wrapped up about as much as they can, issue #8 shifts slightly in tone. Having a far more “murder mystery” feel the past few issues, the series has reverted back to its roots as a supernatural thriller. While the issue goes in many different directions, it mainly focuses on the interaction between May Tao and Lester — two characters brought together by a surprising reveal previously in the series. The scene went over way better than expected for two people I did not expect to work well at all together on the pages. The dialogue for May and Lester, and the whole book in general, was spot on. Seeing the conversation morph based off of what was said between them, made a scene of two people stuck in a house engrossing and engaging.

Is there too much of a good thing? As I approached the ending of the issue, I could barely keep track at everything Tim Seeley threw at me. There seemed to be a new plot point introduced every two pages, and with that a new mystery. A personal irk of mine is when the cover ‘story’ doesn’t match the interior pages. A very interesting cover image was nothing more than a footnote in a conversation between the mayor and other higher ups.  The positive part of this problem is that mostly everything introduced worked. Seeley has created a fully fleshed out world and every possible question about what could happen potentially in a situation as unique as the one in Revival has been answered. Characters that were established and focused heavily on in the first arc, notably the Cypress sisters, were pushed back to be only in a few panels in this issue. For how interesting the town is, Revival is at its best when there is a singular focus on a few characters and the reader can become captivated with them.

Norton’s art is a perfect compliment to Seeley’s writing and story. Issue #8 didn’t have much space for Norton to show off his darker designs and gore, but his art demonstrated that he can also draw when things have calmed down. An aspect of his art that I appreciated was his ability to make every character instantly recognizable — especially in this issue, where new characters are on the page at a break neck pace. Even if the names escaped me or they were in a new setting or situation, I was able to quickly recognize whomever was the star of that panel and not have to lose momentum with the story to research.

Tim Seeley and Mike Norton are doing something special with Revival. Issue #8 was a set up issue for what we should expect in the future of the book. As long they let every interesting plot line they introduced have a moment to shine and take their time, then the next eight issues will make a lot of “Best of 2013” lists.