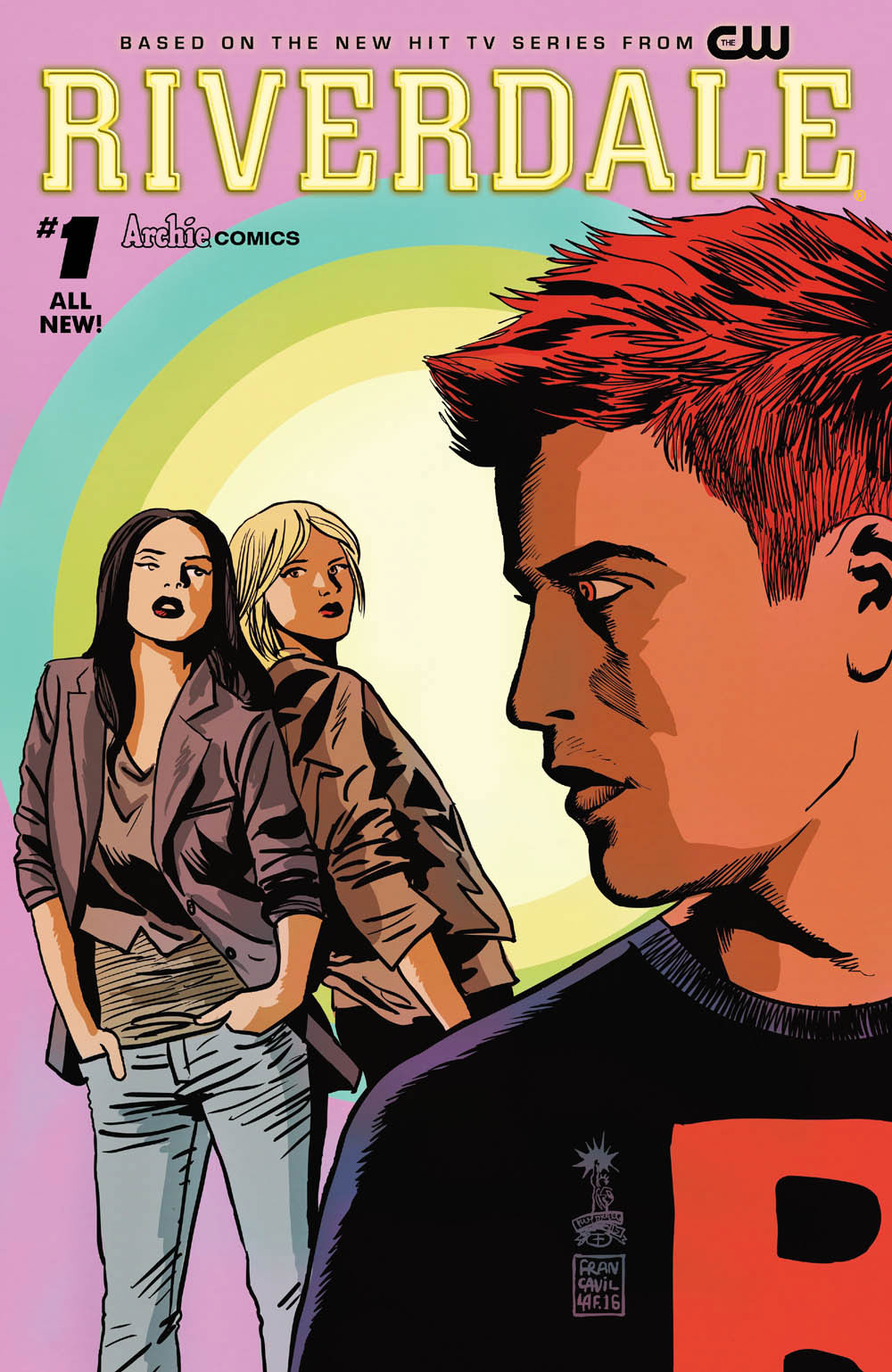 Straight from the hit television show, Archie, Betty, and Veronica take center stage as the legacy of the missing, presumed dead Jason Blossom haunts them all in different ways. Archie has to live up to his legacy as he joins the football team, and B&V have to deal with the embittered twin sister he left behind.

There’s something really interesting about the tone of the Riverdale television series that took me by surprise. Part of it is the way the filming accentuates neons and shadow throughout, not in every scene but in particular moments of importance. Part of it is the nuance of some of the acting. Jughead feels real. Betty feels real. Veronica is super charming.

And Archie is OK. Still more personality than he’s had in most of the last 75 years of comics, so that’s something.

What struck me immediately about the show is how it met the Archie comic book series and Afterlife with Archie series each halfway. No zombies were dragging their feet across the pavement in Riverdale (although there’s always next season), but there was also an edge, an undercurrent of unsavoriness that permeated the atmosphere of the show.

Riverdale #1 doesn’t have that undercurrent. If it’s bridging a gap between Archie and Afterlife with Archie, it’s just left the house and has a lot of ground to cover.

The first story (of two plotted by series creator and Archie Comics CCO Roberto Aguirre-Sacasa) scripted by Will Ewing is definitely the superior of the two, enacting Archie’s Hell Week with the football team as he struggles to take Jason Blossom’s place. The set-up is somewhat ominous, leading to not much more than your usual high school shenanigans. But what Ewing does in concert with artist Joe Eisma is give us a little bit of a shock toward the end of the story.

What’s missing however is a consistency of tone that falls short, first in the coloring by Szymanowicz, who misses the opportunity to make both stories feel much more eerie than just another teen comic story. The pages at quick glance feel no different than Archie’s main line books. And if you’re going to adapt the television series, it’s important to capture the tone and distinguish it from the rest of the line. That’s just not happening.

The second story is much more run of the mill, with Michael Grassi scripting Betty and Veronica’s own foray into Hell Week with Cheryl Blossom. But unlike the first story, there’s nothing here that brings the story back to the central conceit other than Cheryl’s narration. It could be that the lack of a central narrator (Jughead in the television series) is also leaving this story to feel like just another Archie tale, but ultimately, there’s just not enough of the personality Betty and Veronica show on the television series here to draw me in.

If you’re going to have parallel running versions of your popular characters, it’s important to distinguish them from each other. That’s part of the magic of Afterlife with Archie, and while no one can expect Riverdale to move that far from the source material, it’s not unfair to ask it to mirror that which shares its name. Riverdale #1 is an okay Archie comic book, to be sure. But it’s not a great adaptation of what fans have come to love watching every Thursday night.