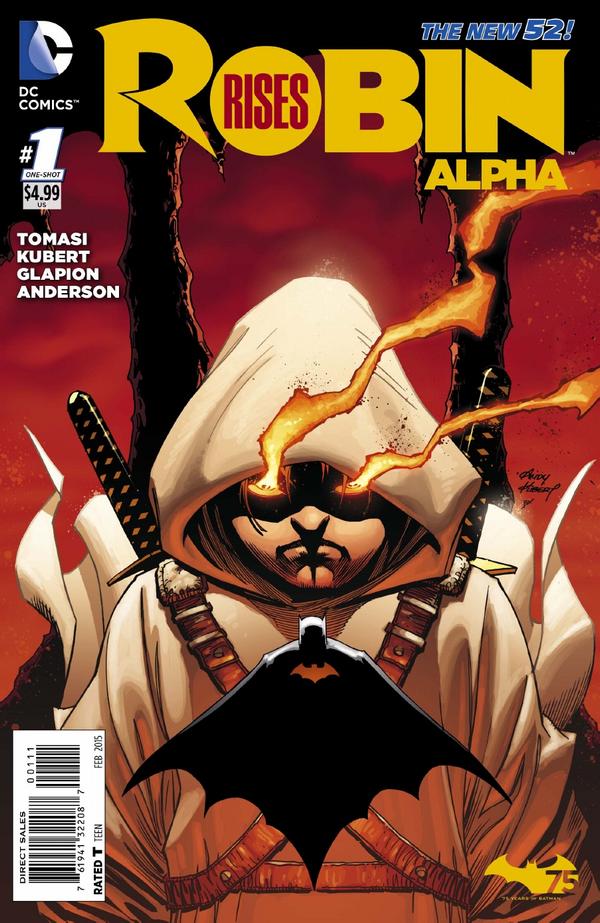 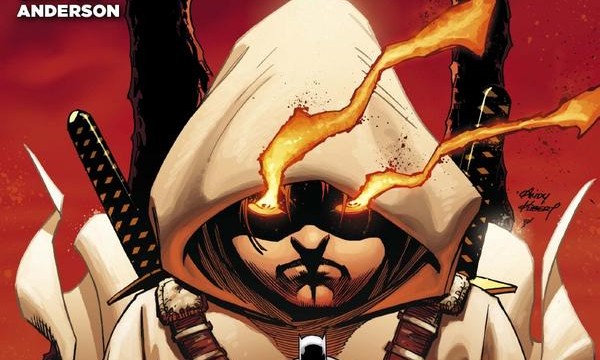 The saga of Damian Wayne, from his addition to the world of Batman all the way through to his death, has been an emotional journey for readers. Since his death in Batman, Incorporated over a year ago, Peter J. Tomasi’s Batman And Robin has showcased a Bruce Wayne obsessed with bringing his son back to life, no matter the consequences. In Robin Rises: Alpha #1, readers get resolution they’ve been waiting over a year for, some heartfelt moments, and a damn fine story.

I’m going to quantify this one right now by stating that I really like Tomasi’s take on Damian Wayne. Since the start of B&R at the outset of the New 52 I have enjoyed his interpretation of Damian and his relationships with the Bat-family, and the moments between Damian and his father and grandfather (let’s face it, Alfred is his grand-daddy, I don’t care about genetics). Tomasi’s skilled writing of the character has added a layer to the legendary Batman that has never been a factor before, and while I thought I would get tired of reading Bruce’s quest to bring Damian back to the living, I have to admit I’ve been locked in for the entire journey. To finally get some resolution to this storyline was like being able to finally exhale after months of holding my breath.

Tomasi writes this story extremely well, bringing resolution to his ongoing Batman And Robin plot and nailing every emotional beat required by this story. He handles the events of the story well without being over indulgent and over the top, which would have been easy to do. His character work in this story is excellent and his pacing of the reveals in this issue is great. He allows some rather startling details to slowly reveal themselves and plants the seeds for many storylines going forward. Batman And Robin is going to be a must-read in the next few months (as it always is) and Tomasi sets the board for some really fun events in the future. I was elated by what happened in this comic, and I will happily admit this comic made me smile more than most that I’ve read in the past six months. There is happiness in here. Tons of it. And I basked in every second of it.

Andy Kubert delivers solid art throughout the issue, but I have to say that part of me feels like this one was swiped away from Pat Gleason. In much the same way that Damian was killed outside of Batman And Robin, which felt…wrong…seeing Tomasi’s overarching storyline come home with artwork other than that of Patrick Gleason’s just feels…off. Kubert does not fail this issue in any way, he handles the cast and action in this issue well, but I just couldn’t stop comparing the artwork to Gleason’s. His artwork is never bad, and to quantify my comments I have to state that month in and month out, Patrick Gleason is one of my favourite artists in the DC stable.

Kubert uses shadow well in this one, and his work here is stronger than I’ve seen in some of his recent DC work. There are some great pages, some satisfactory pages, and the story is told very well as far as the visuals are concerned.

Peter J. Tomasi and Andy Kubert deliver a strong one-shot with Robin Rises: Alpha #1. The saga of the young Robin’s life, death, and the quest for his resurrection has been epic and for readers who have come on the journey, this is a strong payoff. There are some powerful moments in here and I can’t wait to read the next issue of Batman And Robin.