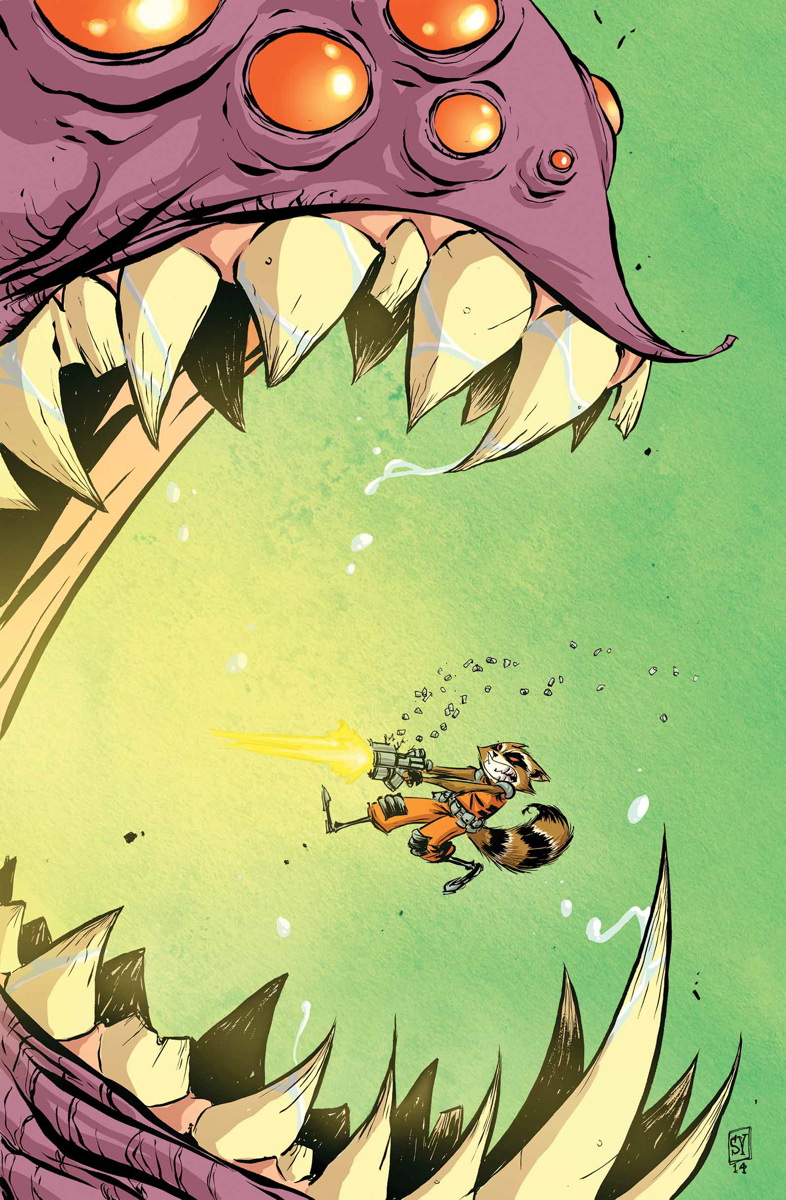 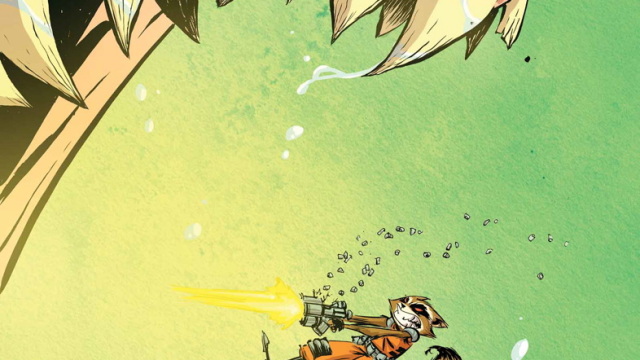 Never one to walk away from either a paycheck or a fight, Rocket travels back to Knowhere – everyone’s favourite severed head of an ancient celestial – when Cosmo calls in a favour. Teaming up with Brute, a decommissioned war mech who only speaks binary, Rocket finds himself facing off against intergalactic arms dealers.

Continuing to do wonders with characterization, Young gives us a Rocket who is brimming with attitude and endlessly charming. In addition to the delightfully offbeat dialogue and deadpan humour, Young treats us by dropping in Rocket’s catchphrase early on. With a clear narrative that does not tell us anything that can be shown, this book is going from strength to strength.

Still filling in for Young, Jake Parker has definitely captured Rocket’s self-assured swagger. His command of facial expression is something to behold and incredibly telling as to what lies beneath Rocket’s antagonistic exterior. Beaulieu’s choice of palette is bold and vibrant and, when paired with Parker’s take on alien landscapes, incredibly reminiscent of 1960s science fiction movie posters.

Massively tongue-in-cheek and violent without being graphic, Rocket Raccoon is both fun and funny. Featuring what is possibly the best-written Rocket yet, it is easy to see how he sweet-talked all of those princesses into falling for him.