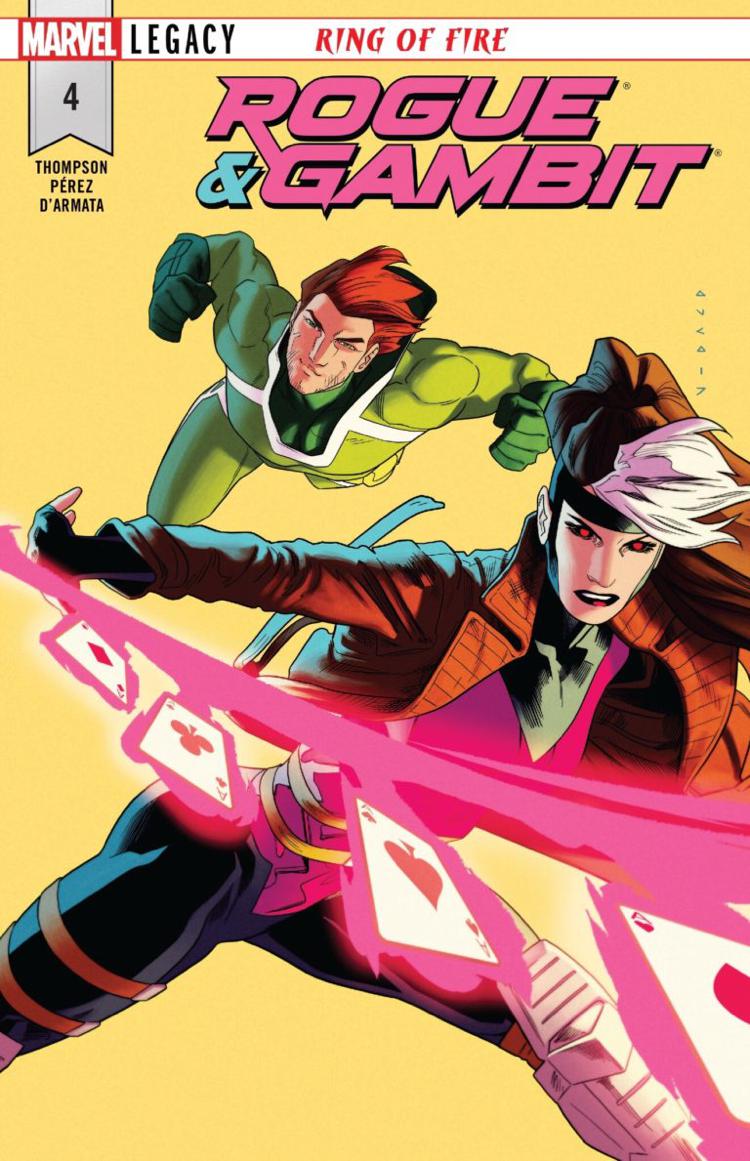 The older I get, the more often I cry. I take it as a badge of honor, that I’m not hardening myself so much that things can still touch my heart. One of those things is Rogue & Gambit.

This series has reignited my passion not only for the character of Rogue, but for the X-Men as a whole. I begrudgingly read some X-Men lead series over the last half decade with an annoyed feeling. It was more because I had been a fan in the past but not a current fan. This series, and it’s 90s nostalgia for what has happened over the course of Rogue and Gambit’s relationship, has sent me diving into back issues and Marvel Unlimited at an unprecedented rate. Not since Charles Soule & Javier Pulido’s She-Hulk have I felt so enamored with a character and wanting to revisit stories I haven’t read in years.

What specifically hit hard with this issue is Thompson and Pérez creating a visually powerful and story-validated way for the main characters to see each other the way the other person does. Miscommunication, lack of trust and doubt have been chronic plagues for decades between these two. Rogue’s stand alone series in the early 2000s is an easy to find example of this. Rogue and Gambit have always thought the other could do better, deserve better or make casually hurtful comments, thinking the other no longer cared. With one issue this hurdle is not only cleared but crushed. This pair shouldn’t have the discussion “Do you really love me or is it just because you can’t have me?” debate continuously reconstructed ever again after this issue. It was a tear inducing read. The biggest disservice that could occur is any future creative team acting as of this story never happened, in order to regurgitate familiar themes.

Pere Pérez continues to be detailed with facial expression and lively backgrounds. The art shines as well as has depth with the shadows and color created by D’Armata’s palettes. Pinks and purples are the scheme that flood the initial action filled sequences. It emphasizes the trapped nature of our heroes and perhaps unintentionally play on our cultural expectations that these are the colors of romance and love. After all, despite the fact our heroes are destroying doppelgängers of one another, it’s been a vacation filled with a high sexual charge. Memory sequences have jagged panel borders, white backgrounds and green and grey tones. This green from a forest background, blends it’s way with more pastel take once the flood of memories and realization overcome Gambit first, then Rogue. The juxtaposition is happening because the pink and purple represent Gambit, while the green and grays represent Rogue. This pushes the emotional impact.

The release of memories from destroyed doppelgängers also releases powers to the mutant who is nearest. It creates the role reversal seen on the cover. It is the final physical manifestation of what has been occurring in their minds. There is a tease and cliffhanger that suggests more of this may be to come, with the next issue.

It is rare that a Rogue or Gambit story is created where the characters are so well understood, or inane character choices are retroactively given logical justifications. Perhaps that is what makes this series so perfect. It also may be the one drawback. This story is dependent upon a love of their pairing and an appreciation for all these small times and moments in their past; as well as what has kept them apart before this. This series helps to make sense of madness that has previously occurred for the sake of plot and drama that did not have overt character driven choices. It also makes this creative team my heroes. I hope this series leads to further adventures or stories that can build upon what seems like the most solid foundation this couple has ever been provided.