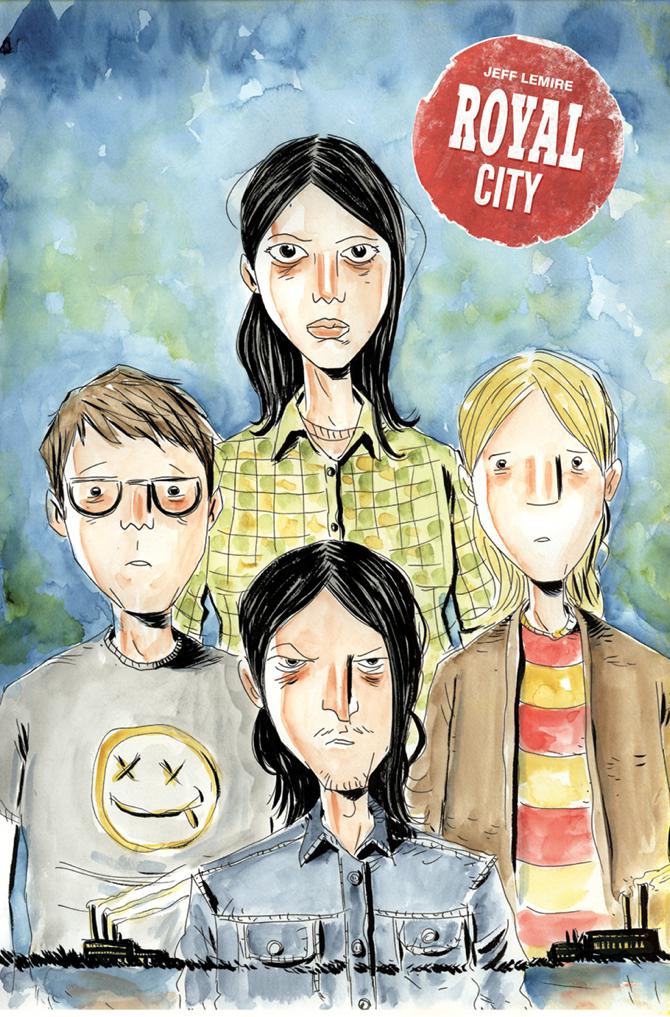 Opening up the second arc of this exceptional series, Royal City backtracks a few steps to hand the narrative reigns over to Tommy, the ghost boy who serves as guardian angel to his living family.

Tommy is seen differently by each of the family members, always as a sort of wish fulfilment of who he could have grown to be. Either idealized, in the case of his parents, or as a partner-in-crime to one of his brothers.

This arc, then, brings us Tommy as he sees/saw himself. Not a perfect memory or extrapolation, but instead a very human young man who was struggling with life. And we see hints of health problems that may bring this teen to his sudden and tragic end.

Lemire is an expert in telling this sort of tale, and it is wonderful to see it unfold in monthly chapters. With echoes of his other works such as Essex County and Underwater Welder, Royal City is a quiet, thoughtful tale told with compassion for the failings of his characters.

In this issue, Lemire makes excellent use of dialogueless panels to convey so much emotion and content. This reliance on expression and the juxtoposition of panels is rarely found when the writing and art is done by a team rather than the pure storytelling of one individual.

There is often a tendency to speed up when you are reading a comic with few words, but Lemire somehow manages, through an alchemy of art and color, to slow the reader down and make the story more contemplative in the silence.

Some credit for that pacing also needs to go to letterer Steve Wands who effectively uses balloon placement to pace the dialouge of a scene, spacing out the balloons to leave the impression of a dramatic pause. A moment when a character on panel left could have spoken, but doesn’t.

I am often reminded of Jack Kerouac’s “Visions of Gerard,” about his own brother who died in childhood. There is an inescapable sense of loss in Royal City. Of an imagined ‘better world’ that would have been had Tommy not died. A wish that the pain the family still feels could have been transformed into a wonderful life. If only…