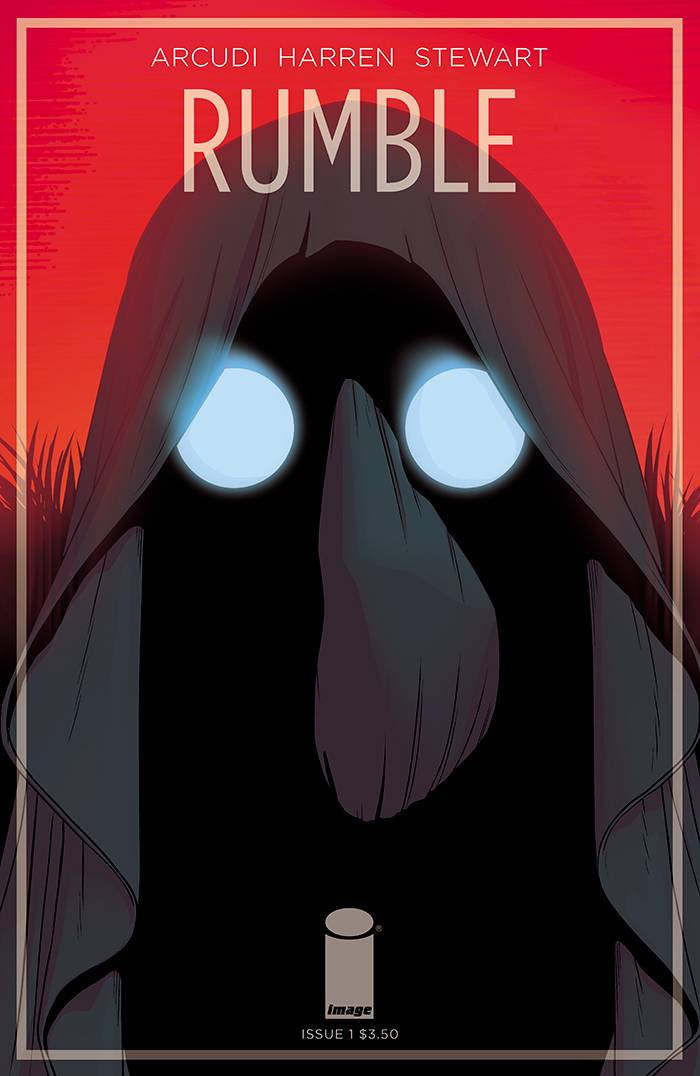 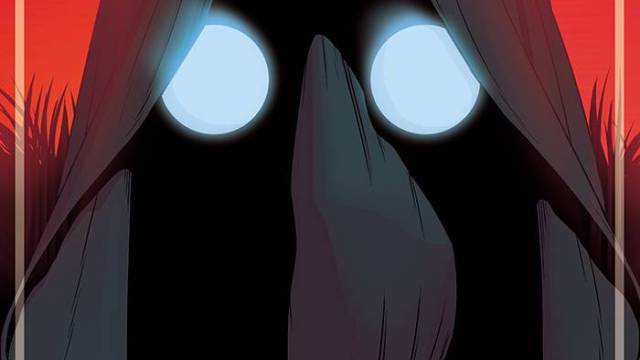 John Arcudi and I are getting to know one another.

A few weeks ago, I read his and Mike Mignola’s new title, Hellboy and the B.P.R.D. I confess to not being wowed by that particular work, but Rumble could be the thing that changes my mind. I picked it up because the premise was promising: a scarecrow warrior god walks into a bar looking for vengeance. A scarecrow god would have been enough — but a scarecrow warrior god? Tell me more.

Well, I say tell me more, but I’m not going to for a second, because I want to change things up and talk about the art. I’m a writer, or at least like to think of myself as one, so usually the art is a secondary concern for me, even in a visual storytelling medium. But what James Harren is doing on this book is incredible — so incredible that after I finish writing up this review, I’m going to find out what other projects he’s working on because… damn.

It was all of page two before I was muttering obscenities to myself about how intricately beautiful and interesting each of the panels was — and we open in an abandoned Paul Bunyan Amusement park. Harren alternates between using clean, strong, and detailed lines that evoke a more realistic style and looser curves and edges that bring out a little more of a cartoonish nature. And if you read it, you’ll also notice that he manages to do this in across a single scene without releasing any of the tension or throwing the reader off.

Though I usually favor a realistic style, it’s actually the cartoon-style panels that are some of my favorites — especially the ones that bring out the old-school onomatopoeia of WAK, CHOP, and WHOOSH. It’s interesting, imaginative, and just incredibly full of life — and that’s more than helped along by Dave Stewart’s work on colors. Each page is teeming with brilliant blues, pinks, oranges, greens that enhance every aspect of Harren’s lines.

The character design is also phenomenal. For the human characters, we see a wide variety of body shapes and facial expressions. For the not-so-human, we get stuff that is just really creepy and cool, the least of whom is actually our scarecrow warrior god. In a lot of ways, stylistically, I’m reminded of what little we’ve all seen of Jake Wyatt’s Necropolis. If you’re into that, you’re definitely going to be into this.

The writing, similarly, has some great spurts. I say spurts, because quite a few of the scenes are rather disjointed. I imagine they will come to make sense once we have other issues to contextualize them, but for a single first issue, I found I needed a little bit more justification for why certain scenes were relevant. Still, those scenes, as microcosms, were very successful at characterization in a relatively short period of time, which is something that’s pretty hard to master.

Even with the interesting premise, we don’t see much by way of the Scarecrow Warrior God. To a certain degree, that makes sense, considering that’s wild enough that it’s going to take a certain amount of back story to sell. Still, the issue suffers from what causes a lot of first issues to miss the mark — a little too much set-up and not enough exhibition of what’s fresh and new. Some titles, especially the ones from the Big Two, can get away with this because they’re trading on a base of cultural knowledge, but brand new titles have to work just a little bit harder.

I’m definitely interested in and engaged by what’s happening, but I did come out of it wishing I’d got just a little bit more. Some might call that a successful first issue, but I don’t think an issue should stand on its own merit and not simply as something to convince me to buy the rest. It’s more satisfying than some other first issues I’ve read recently, but still not quite there.

At the end of the day, I can genuinely say that I am looking forward to what’s coming in issue #2. We’re left at a good cliffhanger and the premise of the comic is interesting enough that I want to keep reading to find out what issue #1 largely failed to tell me. What’s more, the art is eye-catching enough that I’m in the very rare position of not really caring that the narrative wasn’t exactly what I wanted to be. While Rumble #1 itself didn’t deliver an amazing start, the art and the premise are enough to make me look forward to what’s in store for next month.