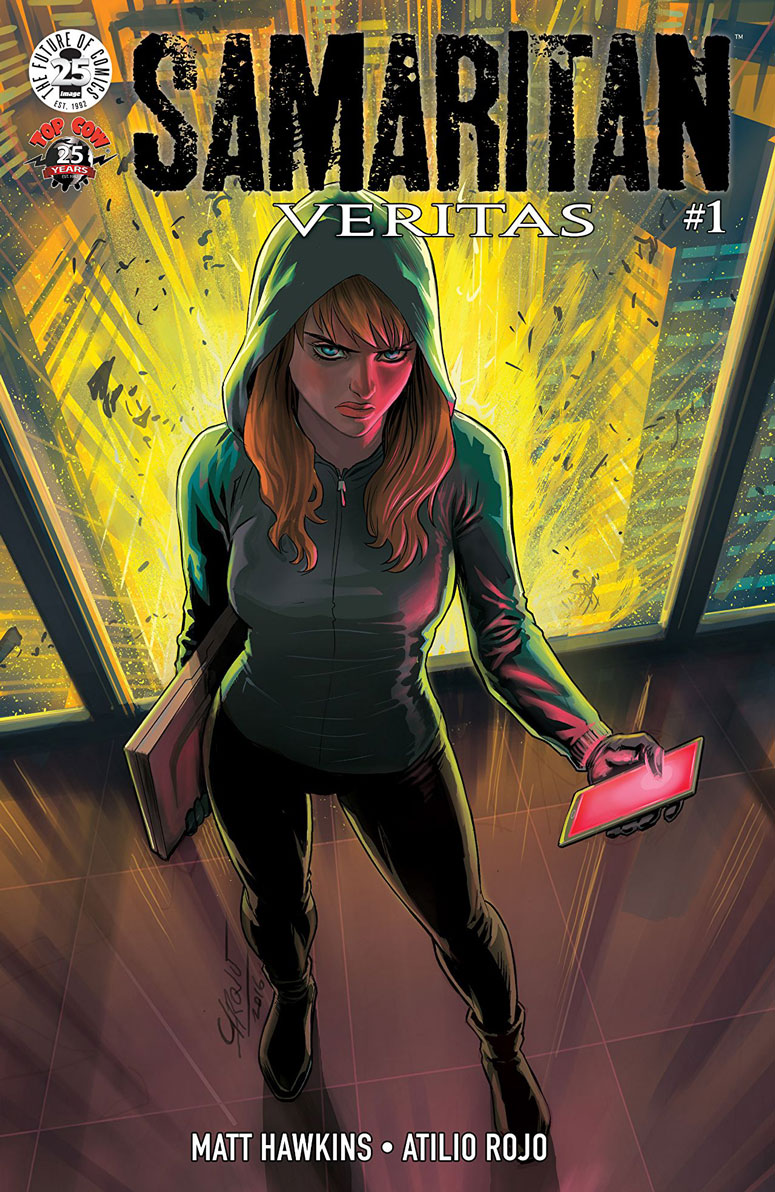 Samantha Copeland is back, and she’s out for blood! With the man she wants dead running the free world now, does the Samaritan have what it takes to get her revenge on the President of the United States? We find out in this first issue of Samaritan: Veritas!

Hawkins has done a great job creating the Edenverse, and I especially have loved all the series Sam has been tied to. As someone who took more of a backseat during Tithe Volume 2 and Eden’s Fall, it’s nice to see Sam back in the driver’s seat.

Her sheer hatred towards the man who killed the only person she truly loved is great and her focused mind dead set on revenge pushes her to be even more intimidating than she’s ever been before, proving her to be an opponent you wouldn’t want to mess with.

I’m excited to see how this will impact her relationship with Dwayne, especially since this puts them at odds with one another. I’m pumped to see what her interaction with Mirra will be like, since they’re connected to one another through several people but I don’t think they’ve ever met. I can’t wait to see how she’ll pull off enacting her vendetta against the now president of the United States in the Edenverse, the Christian extremist McKitrick. It’s going to be fun seeing her take him down.

The art by Rojo is pretty great as well. The prance through the dark web was as entertaining as it was sketchy, but I feel that Rojo’s choice to draw and color the searches as if looking at an old 90s game sifting through the bios made it a more impactful scene. I like bringing back the Jesus masks for the crew that the Samaritan runs. It harkens back to her previous hacker days and there’s a nice symmetry to it. I also love the scene where Mirra looks deadly serious as she’s eating a bowl of children’s cereal. The juxtaposition of the two makes me chuckle.

I’d recommend reading Samaritan: Veritas. I’d say that reading other titles with Sam in them, like both of the Tithe volumes and Eden’s Fall may be a good idea before jumping into Samaritan: Veritas, but you could probably read this comic without reading previous works with her if you want. Samaritan: Veritas is worth the read, though.