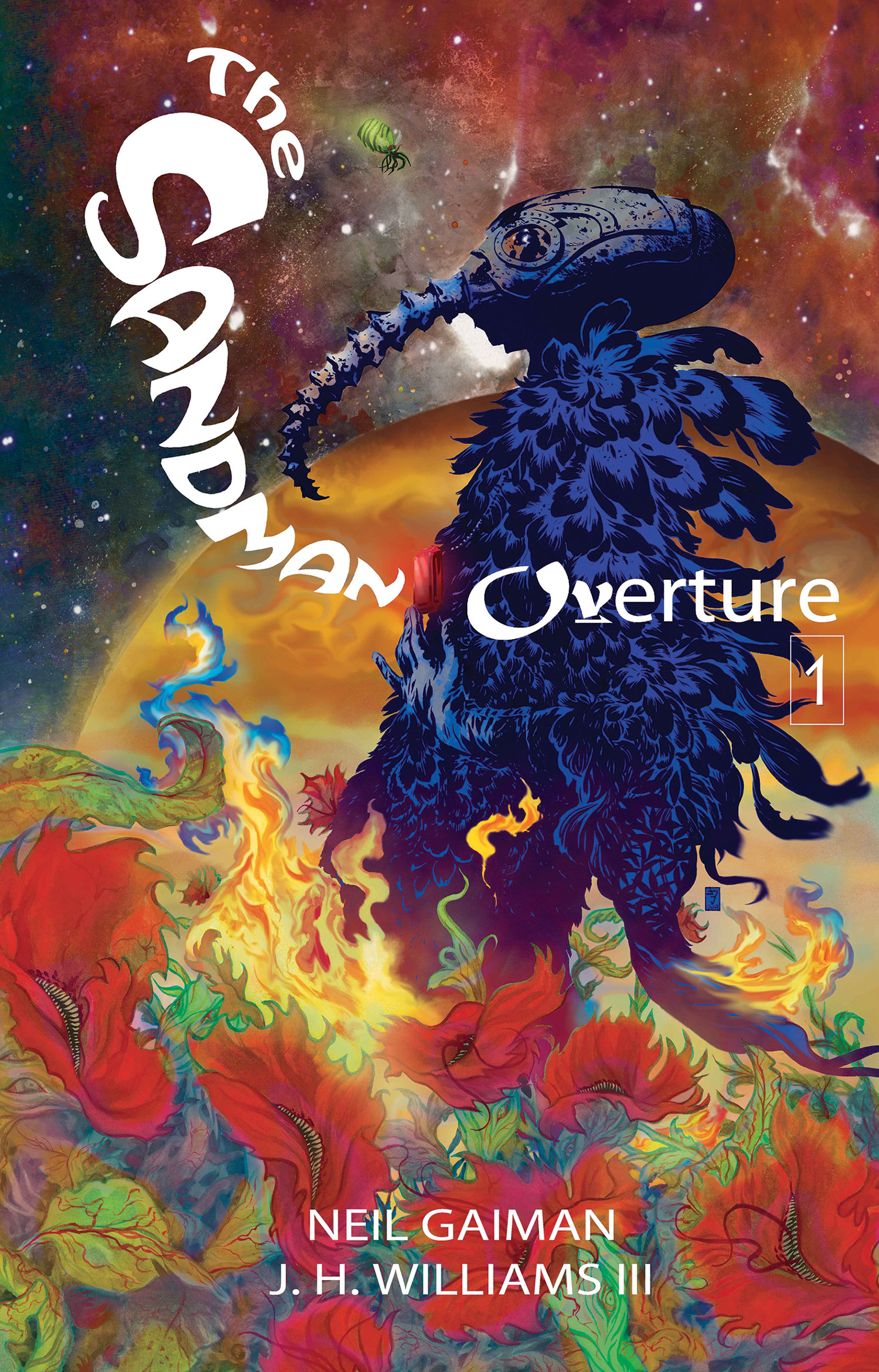 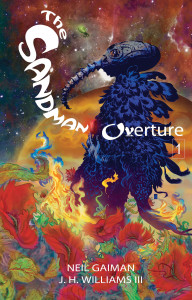 I write this review trapped in the small subsection of The Dreaming called “Nyquil Sex Nightmares,” which is probably fitting. To get right to the point: it’s good to see the band back together. I love these characters, even the ones who terrify me.  It’s a very different Morpheus story, by a very different Neil Gaiman. The difference in Dream now versus 25 years ago is evident in the final page; I never thought I’d see him dumbfounded. The art from J.H. Williams and Dave Stewart has no match in modern comics. The first chapter is the teaser before the opening credits, reminding you where you are and with whom you’re dealing, before pulling the rug out from under you. The Sandman is back, and he’s got a new story to tell.

One of the best things about The Sandman series was that “when” was always relative. The first chapter of Overture contains several whens, all presented at the same time. Across all of these whens we get to see some old and new pieces of The Sandman universe. A new galaxy, some old friends (Merv and Lucien, I missed you most of all), even The Corinthian showed up. FYI, he’s the one who scares the bejesus out of me. Gaiman, you owe me some bejesus. Finally, we see the coolest new addition at the very end; as described in the tease for next issue, “a concatenation of dreams.” Don’t worry, I needed to get my dictionary too. But look it up, and then get excited!

As fun as it was to read, the issue had some flaws. I wanted it to be accessible to new readers as well as old, and I don’t think it was. A lot of the meaning and surprise in this issue are wrapped up in beats that depend on you having read at least some of the original series. If you’re familiar with Gaiman’s prose, you can probably jump in and use Overture as an introduction. This doesn’t make the issue bad or anything, just not the easiest read for the unfamiliar. The biggest flaw in the book is the ad placement. That’s not the fault of the creative team, but it does distract a lot from the story, especially with the shifting art styles. In the future, I hope they cram all the ad pages into the back, like they’ve done on past issues of The Flash and Batwoman.

Thankfully, those are minor drawbacks that are easily forgotten once you focus on the art. My main exposure to Williams has been through Batwoman, which I adored.  I had no idea how much more he was capable of. Combined with Stewart’s colors, the art conveys nightmare, reality, and the cosmic unknown all in the shift of a lens. You go from dull old London to the kaleidoscope universe beyond The Dreaming with the turn of a page, and you actually FEEL the journey. Williams is at the top of his game here – no one’s art looks like his. He and Stewart together are unmatched by any other artists in the medium. I’ve never seen anything so beautiful. The layouts alone are so subtle and brilliant, they make me want to either cry or dance, I can’t decide (that’s definitely the cold meds).

It’s very hard to rate a single issue of a story like this. Things that seem minor now will probably gain infinite substance later. I only ever read The Sandman in trades; I’m not sure my heart can take waiting month-to-month for the next chapter. Dreams have a very random quality to them, changing setting abruptly without any narrative reset. That’s what this issue felt like – a very weird, pretty dream. I’ll be waiting anxiously to find out what it means.