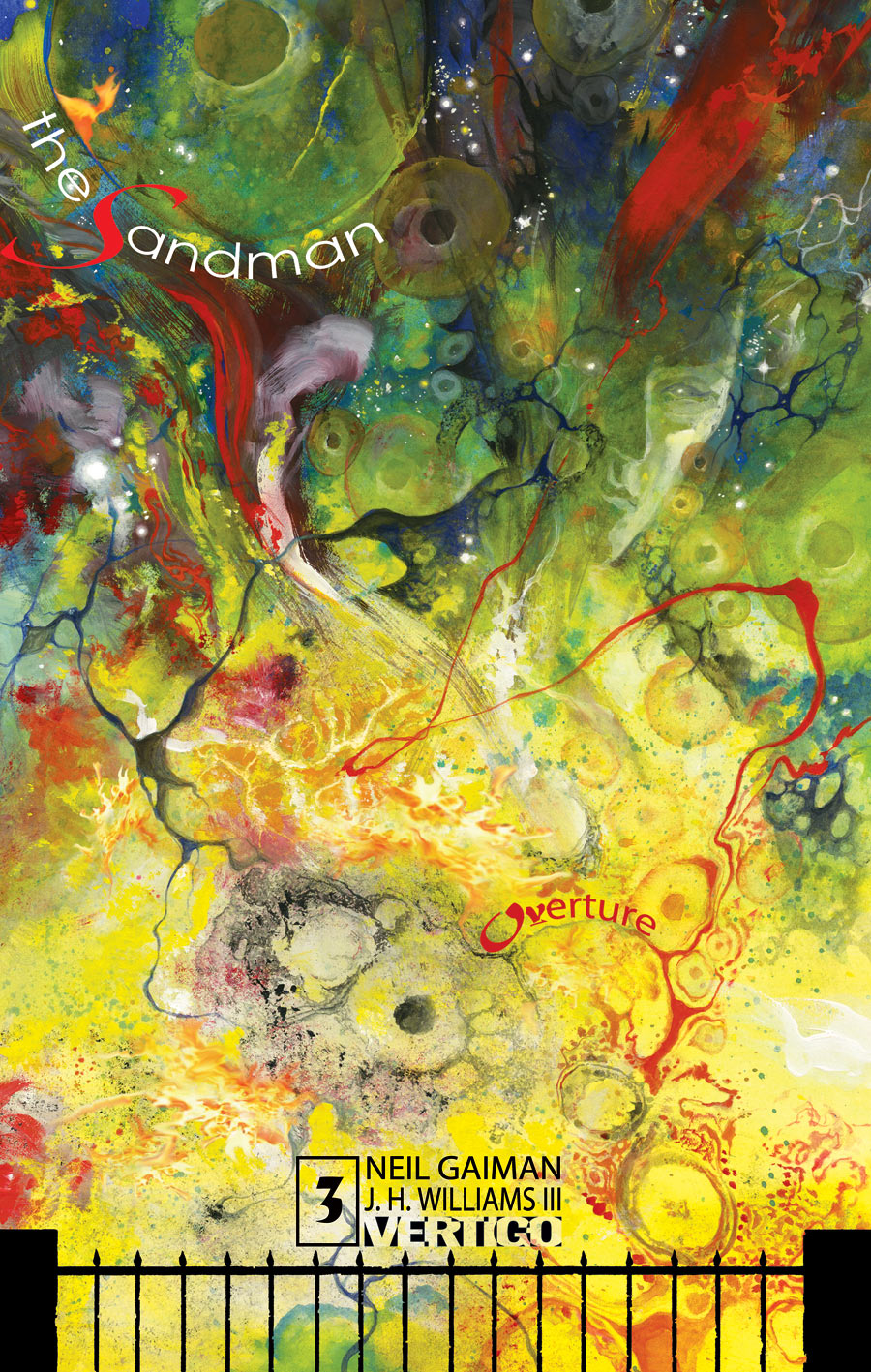 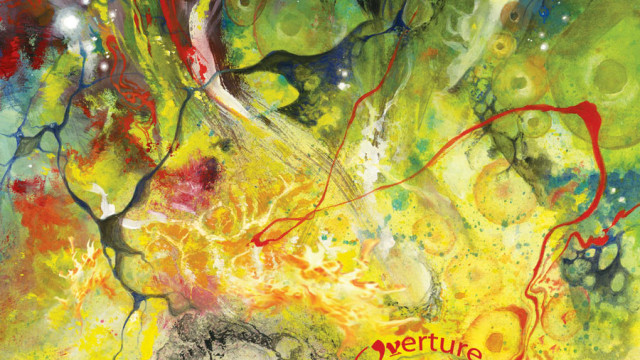 The end of the universe. A god who’s already dead, walking side-by-side with himself in cat form. A wandering in the desert toward a showdown that already has been prophesied. An orphan who tags along and will likely be his undoing. This is the tale of the Sandman.

No one could accuse Neil Gaiman of not taking his creation through many, many different types of stories and settings throughout the course of his existence. Morpheus has served as the protagonist (sometimes the backdrop) for a variety of horror, gothic, fairy tale, and dramatic scenarios. And yet, with Sandman: Overture #3, we are treated to a combination of narrative styles that we’ve never seen under his pen prior to today: The Sci-Fi Western.

Neither of these genres are exactly what you’d associate with the Lord of Dreams, and yet the structure and detail of their execution is so compelling, it feels like a natural fit. As Morpheus takes his journey with his cat-self for company, moving across a landscape that could easily be the Wild West as much as a distant planet, we get to romanticize Dream’s mission in much the same way we always had in his best stories. The moments when I have felt the Sandman is justified — a propellant in his own narrative — and not simply a godly bastard, are those that make me most connected to him. And this march toward his own destiny, for good or ill, is just one of those moments.

The fantastic nature of the story (and I use that adjective in its most literal sense) feels completely right here, but it’s so far flung from the more Classical and Gothic sensibilities of much of Gaiman’s work. And yet, it just beautifully works. Perhaps it is a reflection of the age in which this tale is written, post-Millennium, where we are inundated with the very possibility that our near future is that of a science fiction novel. Perhaps it is simply a matter of the writer reimagining his character in a way that could reinterest him in the revisit. No matter what the reason, it’s a boon to Morpheus’ overall mythology, and a natural fit for his current collaborator.

The work of J.H. Williams once again shines like a diamond on every single page, delighting us with exquisite details and an overall complexity of layout that makes the entire book a pleasant maze through which to wander. Equally adept at the odd Kirby-esque introduction as the gorgeous, painterly tale of Morpheus’ great love, Williams carries us through as if we were walking in the desert as well — but with a tad bit of peyote along for the ride. How else can it all make so much sense and yet be so strangely foreign?

Unquestionably, the most delightful part of issue #3 is the actual revelation of the tale of Alianora, alluded to most significantly in A Game of You oh so long ago. It is a tale worth waiting for, and one that most classically illustrates the true nature of Morpheus. He is not man. He is not of love. He is a god, only one which revels in distraction until it no longer is tenable.

A compelling story matched with art that one would think could only exist in dream itself, Sandman: Overture #3 is easily the match to the best stories Neil Gaiman has ever told, if not their better, and the best work we’ve ever seen from modern master J.H. Williams. This is a book we’ll still be enthralled by for years to come — and well into the far future.