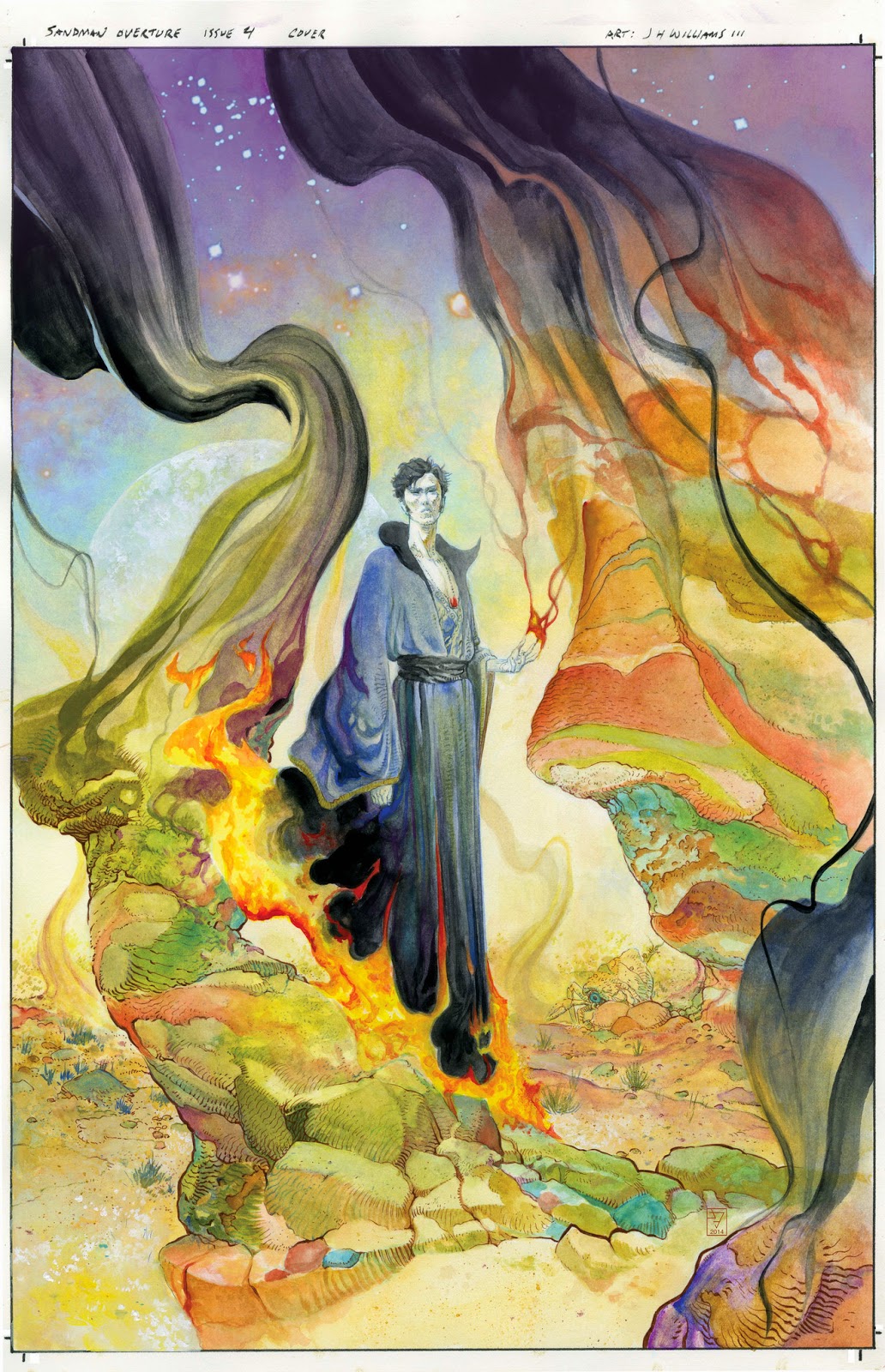 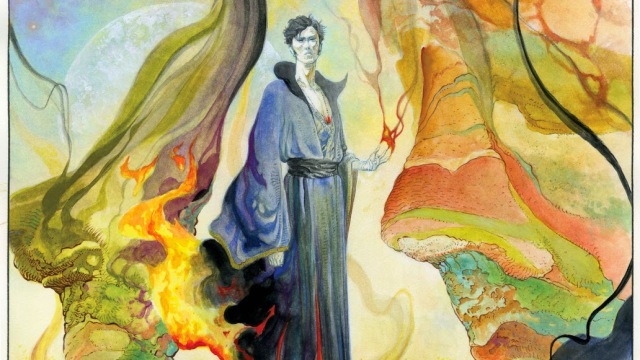 As the dream unwinds and the sleepers near the wake, Morpheus reaches out to his father for assistance in dealing with the mad star and the death of everything in the known universe. And as we hear the tale of how the Lord of Dreams saved one young girl at the expense of an entire world, another one may be lost forever.

I think it’s fair to say that this is not an easy comic book. After nearly 20 years away from the Man in Black, Neil Gaiman is attempting to cram an awful lot into a very small space. In the previous issue, we at last met Alianora, the great love of Morpheus’ existence. This month, we meet the father of the Endless.

Who knew there even was a father of the Endless? Neil Gaiman did, and has, it seems, since the very beginning. And that’s part of the immense joy and complicated structure of Overture, that we are getting a mesh of new and old ideas, strings that stretch back to the very center of the Sandman mythos — and also extend out into the farthest reaches of where it’s gone before. We’ve never had a cosmic adventure set within the parameters of the distinctly literary confines of Sandman, and it’s crazy to think about what else could be done, if given time and opportunity.

A lot can be speculated on in regard to the father figure we meet in issue #4. Is he God? Time? Alan Moore? I joke, but with Gaiman’s deep interest in tying together mythologies across culture and medium, why wouldn’t a moment of self-reflexive creation be a possibility? We have seen Shakespeare and more pepper the history of Gaiman’s opus. And as dear father lays down the Tarot of what has happened and what has yet to be, I ponder the possibilities all the more.

As in previous installments, the work being done here by artist J.H. Williams III is nothing short of career-defining. Every style of layout, every type of texture and level of finishing is enacted to make this insanely beautiful collage that the Lord of Dreams walks within. We are taken deeply into memory and gliding effortlessly overhead as scenes shift and even physically rotate in their increasing madness.

For his part, Williams takes what is admittedly a somewhat disconnected flow of narrative, and pieces it together so as to be less jarring a leap between scenes than what could be. He’s still giving us a unique breakdown at almost every turn, another way in which we get to experience Sandman anew for the first time over and over and over. But ultimately, what Williams does best is lay out a world that is so widescreen, so over the top in its detail and scope, that we could spend the next few years simply luxuriating in its artistry. Every page a masterpiece, every moment its own story to be unfurled in our heads.

Certainly, we seem to be getting to the root of the story at last, 2/3 of the way through the experience that is Sandman: Overture, but there still feels like Gaiman and Williams have a long way to go. I believe strongly that it’s because we will never be sated by what could land on the page of a limited series of six measly issues, no matter how intensely beautiful they are. Our longing is inevitable, and we can only wish to have more Sandman in our future.

And if not, rest assured, there are worlds of stories buried in these pages I am certain we are missing on first, second, and even third reads. That’s the magic of the world Morpheus inhabits, and the magic of sequential storytelling for the ages. The deeper you look, the more there is to discover.