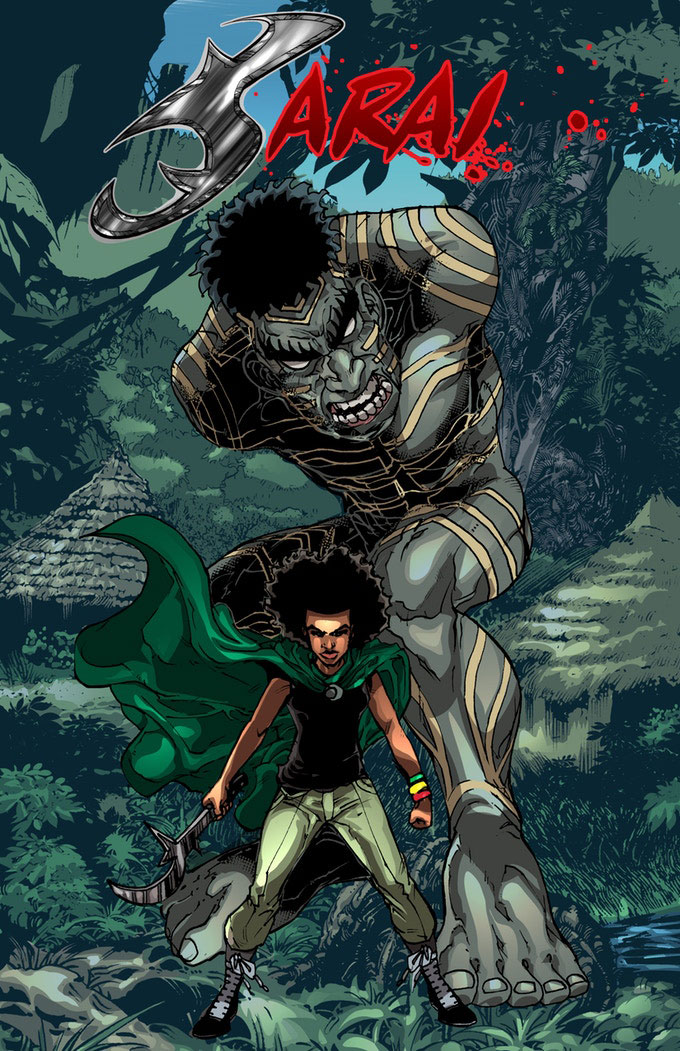 Sarai is the perfect example of comic books being used to communicate important messages through satisfying story telling. First time comic book writer Sonica Ellis debut book touches on the topic of children being sold into slavery. Being inspired by the news report of the 200 Nigerian school girls that were kidnapped in 2014 she set out to tell their story but to give them the hope of a hero. Ellis launched a successful Kickstarter and recently delivered book to her supporters.

Ellis creates an ultimately satisfying story with Sarai. She introduces us to the innocence of childhood and the bravery of Sarai even before being placed into the dire situation she soon finds herself. It sets the character up beautifully and maintains her headstrong bravery throughout the story. Even when presented with the free choice to choose a different path she holds true to herself and becomes stronger because of it.

This unsuspected opposition provides the villains in the story the perfect adversary to go up against again even before she is given powers. She has also handled the dialogue extremely well, capturing the rhythm and tone of the characters nationality without exaggerating. Ellis’ story not only makes the reader aware of situations like this in Nigeria and other countries it gives readers like children the opportunity to see that the situation is not always hopeless. One does not need super powers to fight back against the evil that lies in this world. 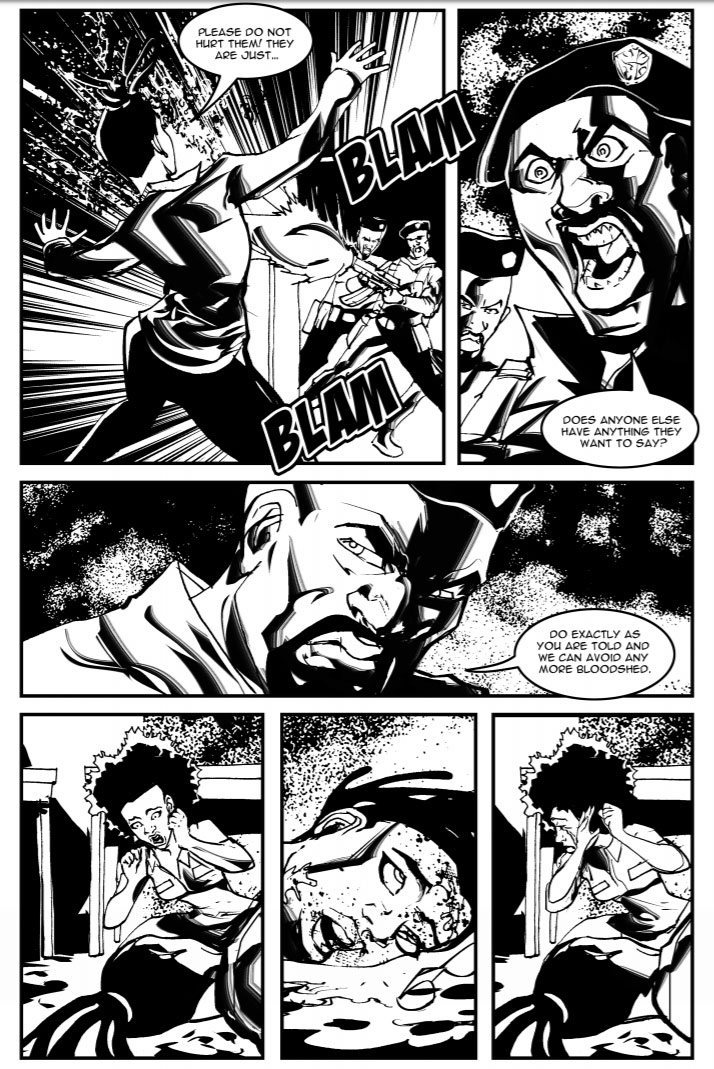 JC Grande provides great artwork that helps bring the emotions of the characters to the surface of the page. Main character Sarai is portrayed perfectly in her strong defiant stares and posture. Again, it shows that even before she was granted super powers she is not afraid to stand up for what is right. Grande also does an excellent job of creating a sense of kinetic energy in every panel, even when characters are relatively still. It keeps the eye moving and the story exciting as it builds to its violent conclusion.

Something that really drives home the gravity of the story is the choice to go black & white. The seriousness and razor-sharp distinction between right and wrong is magnified without the lens of color on top. The art is fueled by deep and sharp areas of black help to provide a sense of depth and gravity. It works in a very powerful well to drive home the seriousness of this story. Grande also handles the lettering in Sarai which is good throughout the issue and clearly conveys the dialogue without hindering the flow. 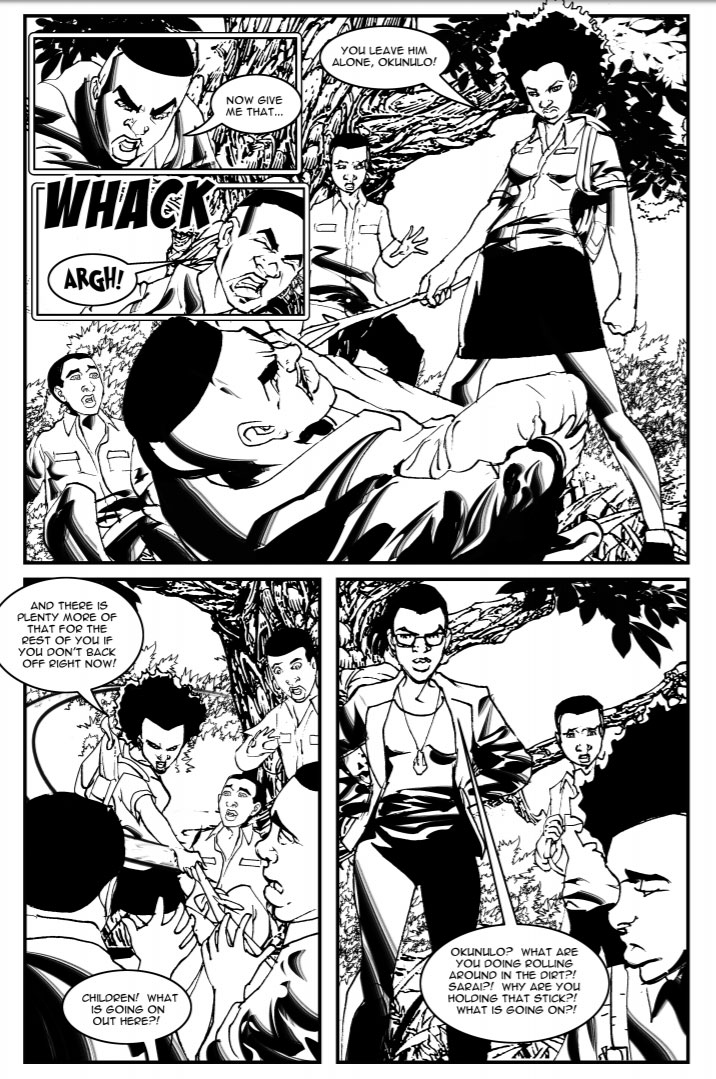 Overall Ellis’ Sarai is a success and shows the she is an up and coming comic book storyteller to keep your eye out for. Stories like this one need to be told and adding in a super-heroic element to it provides much needed cathartic hope. Pick up Sarai if you want a look at the real world and how it could be changed for the better just by standing up in the face of evil.

For more info on Sarai check out her page on Amazon.