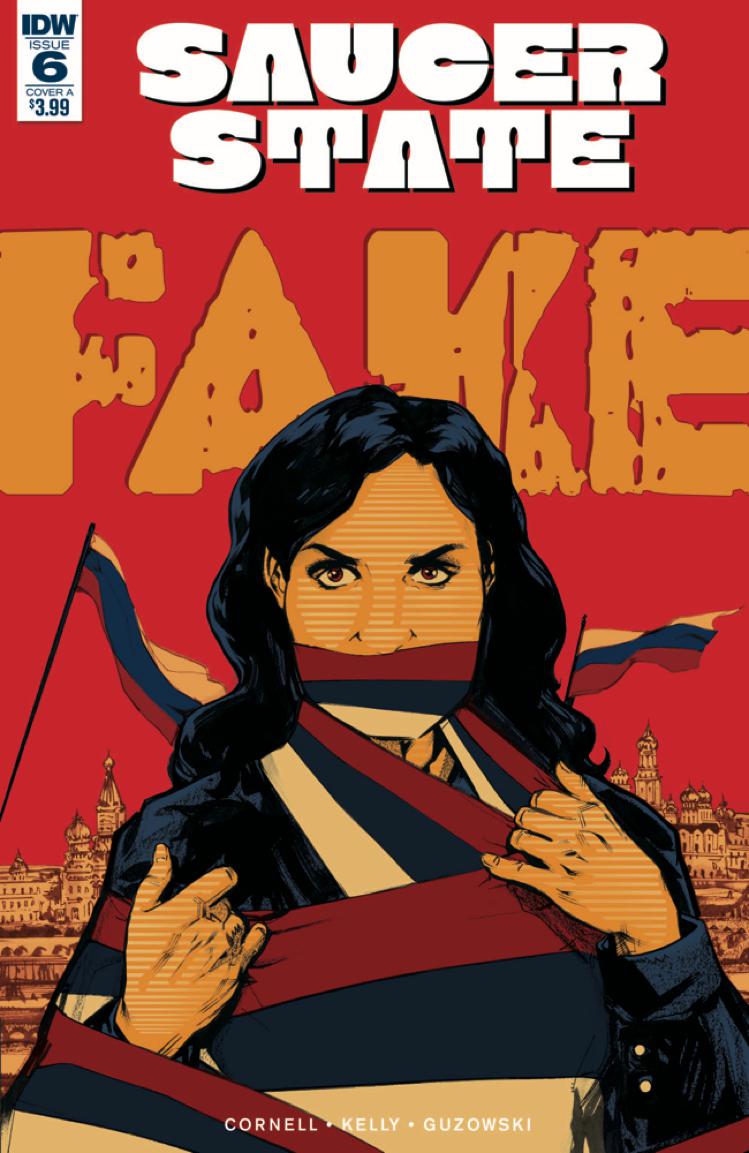 After a long haitus, and a change of publisher, Saucer Country/State returned in this six-issue story carrying on shortly after the events of the original series. This issue brings the ‘second season’ of Saucer to a cliffhanger close with only the smallest of answers, but many new questions.

Saucer Country, which used the frame of a presidential election, was begun in 2012 in a very different political landscape than today. Saucer State flexes a bit to incorporate the current dynamics of American politics. The President now has a loud-mouthed ‘outsider’ Republican name calling on the news, for example.

Kelly’s layouts and flow are solid, though he is starting to feel a bit constrained in the story. This issue has a lot of talking heads, and there are times I wonder if Kelly is itching to break out into some movement. The last few pages leading to the cliffhanger certainly get more lively.

Guzowski’s colors are kept quite muted, mostly using two tones per surface with little blending. With a very cerebral ‘talky’ book, the focus is on the dialogue so this works well to ground the artwork.

Bowland has some heavy lifting on lettering, particularly as this issue has some serious exposition drops to get through. There are a few quieter panels, but there are also a lot of 3-6 balloon panels that Bowland has to keep from being a text box. He works well to keep things orderly and clear.

Saucer‘s most obvious inspiration, a classic sci-fi writer, drops by to tease us a bit in this issue. Serious fans of his will get some extra layers from the brief appearance.

The underlying idea of what is ‘true’ and ‘real’ is an on-going tension. Characters are told that even if they knew the truth, they might not understand it. During this arc, we saw our assumptions being challenged and deceived at every turn. It is beginning to feel like even when we find out the big secret, we won’t know if it’s any more trustworthy than the smoke and mirrors we’ve seen throughout.