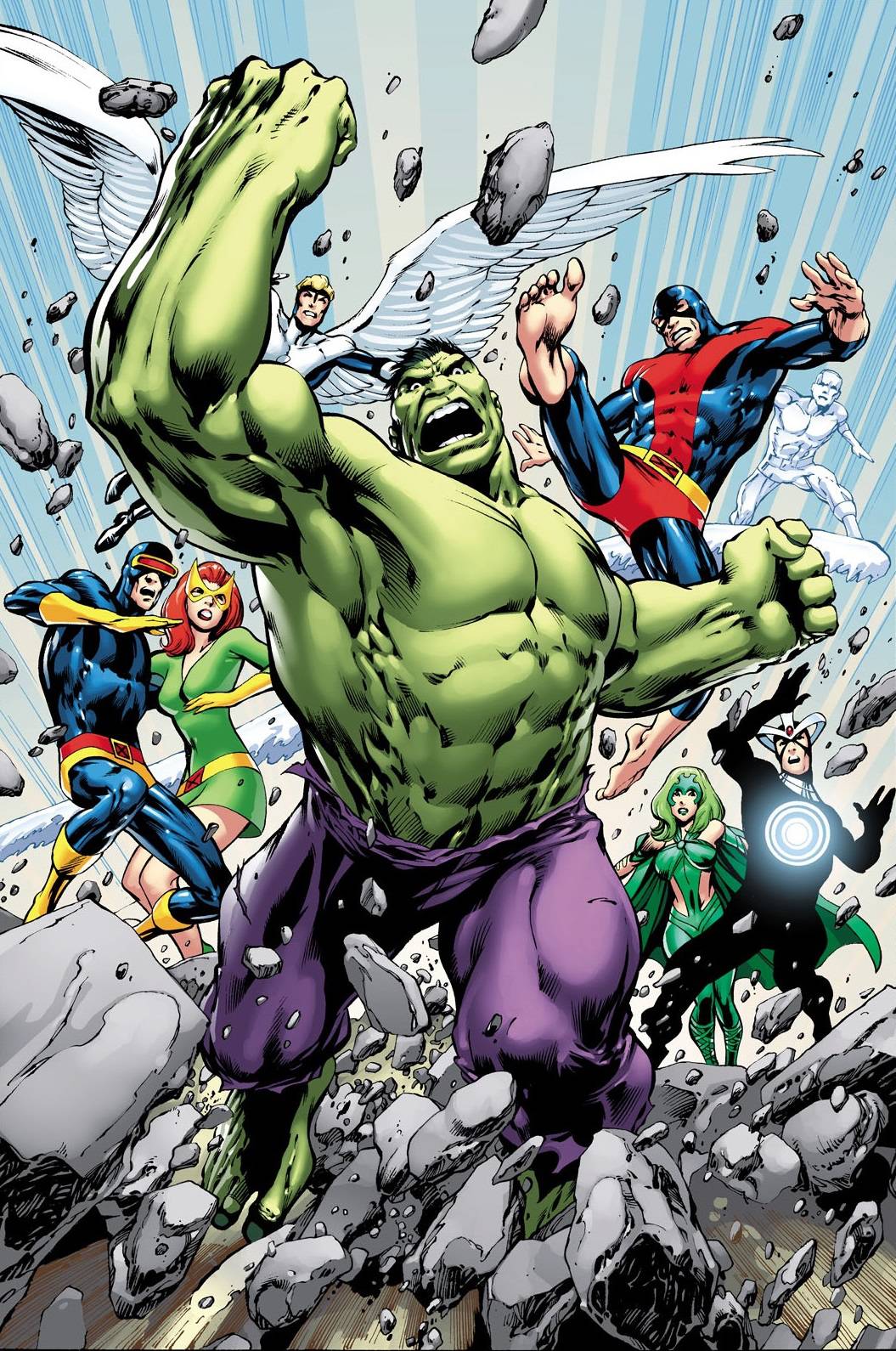 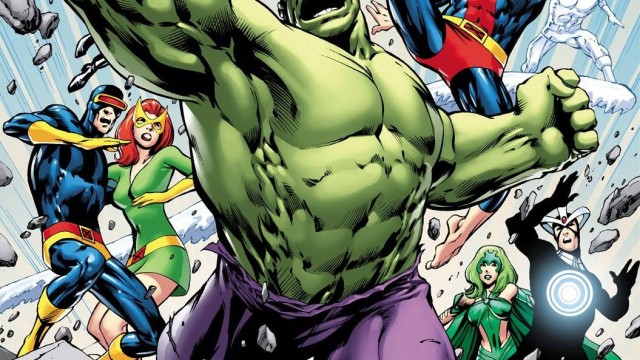 Savage Hulk is the new Hulk series continuing the precedence set by Savage Wolverine and focusing on in-continuity stories by various creative teams. First up to the plate is Alan Davis. The story he wants to tell is an expansion on a Hulk story from X-Men #66 way back in the pre-Claremont X-men days. The story follows Bruce Banner wandering the desert, per this time period, after helping the X-Men heal Professor X. Meanwhile, the Leader watches from his lair as begins to scheme against the X-Men.

Alan Davis is the main creative force on Savage Hulk #1 doing both writing and pencils. He had his choice of stories to tell and he picked a classic time period in Marvel’s past. This is a brilliant decision because it lends to his old-school art style. The writing of the comic feels like a story out of the time. The Hulk is presented with not much personality which may draw ire from some contingents of the Hulk fandom. I like this decision, because it harkens back to a time when Hulk was a brute force of nature.

He characterizes the X-Men in their classic roles. Cyclops is the boy scout submissive to Xavier, Havok was the show off, and Professor X was the wise leader that directed the team on their mission. The only drawback to his use of X-Men is that he has an interesting line-up and barely uses them. It is a Hulk comic, I understand that, but why pick this specific issue if you aren’t going to use the X-Men more or at least give them more than a couple lines.

The best characterization (besides the all to brief genius of Leader) is Bruce Banner. He is very humble and meek. He displays gratitude at the kindness of strangers and just feels lost in the world. He displays a personality that I like out of Banner.

The plot of the comic is fairly simple in structure but executed well. The issue opens with Hulk being chased by the Hulk Busters slows down in the middle with a focus of the X-Men and ends on another Hulk out moment. It is a basic structure but effective. Davis does have an eye for the pacing. Very quick and brings the action. The action scenes are energetic and powerful. The scenes involving Banner and X-Men are brisk with the dialogue not dragging. The dialog actually feels like it is part of the era. This further cements this arc as a Hulk “Lost Years” type story.

Alan Davis’ pencils are classic. They stand out among the sea of artist with their composition and simplicity. His figures are varied and strong. No character looks alike. It looks like it could have been from the Silver Age — it looks fantastic. The one thing that hurts Davis pencils is how he draws Hulk’s face in certain perspectives. He struggles with the anatomy of the nose and it often comes off as flat. It is not consistent page-to-page so it doesn’t appear to be a part of Davis’ style.

Davis’ pencils are complimented by Mark Farmer. He gives the comic a brushstroke look to the inks. Each line looks like it was inked with care and details to provide the classic look to Davis’ pencils. Farmer properly gives the lines weight and shapes the pencils into something that looks unique. Davis wouldn’t look the same with Farmer, and that is a sign of a great inker.

Matt Hollingsworth provides a palette of color that is muted in tone (except for the Hulk, who jumps off the page). The muted colors are not muddied with attempts at shading effects that often plague most comics. Instead shadow work is provided by Farmer’s inks. The colors are gorgeous and help compliment the classic look that Davis strives for. Hollingsworth plays an equal part of making Davis work look masterful just as Farmer. All three of them together make a fantastic art team that stands out from the books on the racks today.

Savage Hulk #1 is comic that fills an interesting need. It is non-continuity, in-continuity title that allows creators to explore whatever venue they wish to follow. Davis delivers a story that is fun and interesting to read as much as it is to look at. The story choice is an odd one but it is setting up to be a story for Hulk fans with Leader, Hulk Busters, and promise of Abomination. It does take some help getting into and the team relies on the prologue page dumping information of events off a decades old X-men comic.  The art is amazing despite its minor perspective flaws. Savage Hulk #1 is fun read and will work for anyone that has interest in reading Hulk. It does require some work, but the comic does provide plenty of information, even if it is clunky.